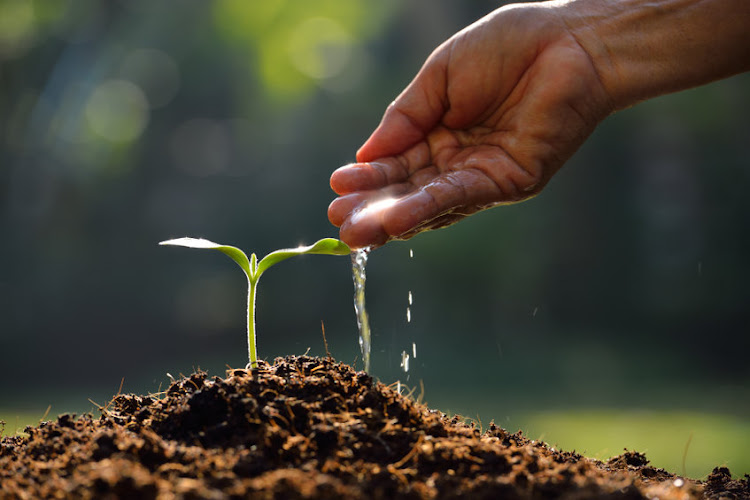 The government needs to take action to cut red tape and reduce bureaucracy, and bring legislation up to date. Stock photo.
Image: 123RF/amenic181

Governments can build credibility over time through consistent commitment to implementing policies efficiently and effectively. SA hasn’t done well on this score. As a result of the poor record of policy implementation, investors and the general public have become sceptical of government policy pronouncements.

Recent examples of this credibility gap include its handling of two major policy initiatives. The first is the National Development Plan launched in 2012. The second is the National Treasury’s 2019 economic policy paper titled “Economic transformation, inclusive growth, and competitiveness: Towards an Economic Strategy for South Africa”. Neither was ever fully implemented.

Once unveiled, it was up to government departments to pull ideas from them to enhance their strategies. But this wasn’t done.

The factors that lie behind poor policy implementation are varied and complex. They range from conflicting ideologies, a lack of capacity within the state and its institutions, corruption, and poor governance at local municipalities.

But the government seems to be waking up to the fact that the key to success is public policy implementation. Take the Economic Reconstruction and Recovery Plan launched in October 2020. The plan is focused on energy security, infrastructure development, green economy, food security, and the tourism sector, among others.

Unlike the slow policy implementation observed over the past decade, the government has followed through with reforms in the energy sector. It is worth highlighting that this is a sector that was already beset by crisis.

Elsewhere, the departments of agriculture, land reform and rural development, and trade, industry and competition have followed up with sectoral master plans. These include building local industrial capacity, for both domestic and export markets.

These are being drawn up with input drawn from a range of key stakeholders in each sector. This is a break from the past where the government drew up plans and sought stakeholder input at the end.

The master plan for agriculture and agribusinesses, for example, has included the government, farmer organisations, agribusiness, commodity organisations and labour representatives. This process too could suffer inertia if it only leans on grand ideas which are not implemented.

The Department of Agriculture and various social partners are nearing completion of the master plan for the sector. The document supports economic recovery plans set out by President Cyril Ramaphosa a year ago. But what will make this particular plan different is the commitment to implementation and the costing of its activities.

The latest unemployment figures from Statistics SA were greeted with shock and outrage. It is a major concern that, according to the Quarterly Labour ...
Opinion & Analysis
1 month ago

Based on many years of engaging with the government on the agricultural sector policies needed to make it easy to do business in SA, I have distilled a few things that the government can do to improve its policy credibility in the sector. I have also developed a list of what the private sector’s contribution can be.

What the government can do

The first useful step the government could take would be to implement all the regulatory interventions that require less capital. In the case of agriculture, these would include:

It should also reprioritise the national budget in line with the master plan interventions. This will signal its commitment to ensuring its success.

Another important intervention would be for it to support state entities such as Transnet to improve the efficiency of the ports. This should go in tandem with intensifying efforts to open more export markets for SA agriculture. Then there is the Land and Agricultural Development Bank. The government should speed up the resolution of the bank’s financial challenges. Resolving these would enable the bank to play an influential role in the rollout of the agricultural master plan.

Household gardeners in SA: a survivalist life with little protection

Policy is needed to regulate the sector, with 45% of those in it earning less than the minimum wage for domestic workers
Opinion & Analysis
2 months ago

The government should release land that it owns to new beneficiaries with long term tradable land rights or title deeds.

It also needs to root out corruption at various levels within the department to ensure the effectiveness and efficiency of staff.

Finally, the government needs to take action to cut red tape and reduce bureaucracy, and bring legislation up to date.

For example the Fertilisers, Farm Feeds, Seeds and Remedies Act of 1947 which regulates the registration, importation and sale of fertilisers, farm feeds, seeds, and certain remedies dates back to 1947. Naturally, it doesn’t reflect the realities of the 21st century. Agro-chemicals suppliers and seed companies struggle to bring new technologies into the country because they aren’t covered in the law. Yet the technologies are key to boosting agricultural productivity.

Then there is the Agricultural Product Standards Act which regulates the definition, classification and the grading of most agricultural produce. The problem doesn’t lie with the law itself but how government has chosen to implement it through a set of regulations for each product. These are onerous, and require auditing which adds to costs of production.

A month later, the full impact on their businesses and food security is still to be determined
News
2 months ago

The Department of Agriculture has assigned the enforcement of the act to various entities whose services must be paid for by the private sector. This adds even more to operating costs which in turn are recovered through higher retail prices or lower profits for producers.

What should the private sector do?

The private sector has a role to play too. The first step should be to build trust among various farmer organisations and agribusiness to have a unanimous private sector voice that speaks to the government.

Private sector players also need to recognise the need for collaborative efforts in rebuilding SA and expanding the agriculture and agribusiness sector. One example of this is that they could develop partnerships with new entrant farmers in the development programmes of various commodity organisations.

The private sector also needs to participate in initiatives to help finance the new entrant farmers.

Lastly, it needs to showcase and expand partnership programmes that have proven a success in various commodities and parts of the country.

SA’s history is unfortunately still mirrored, to an extent, by the farmer associations and commodity groups. There are some that largely represent black farmers, and some largely white farmers. This division contributes to different messages being carried to the government. Ideally, farmer organisations and groups should, at least on broad issues, strive for a unanimous voice. But the key thing is building trust so that every participant can gain comfort knowing their views are represented.

Both lists are not exhaustive but the proposed interventions could move the needle in terms of translating the ideas on paper in various plans into tangible projects that could contribute to the growth and job creation in SA’s agriculture. The government’s priority should be on building credibility. This could be done by listening to business and social partners and effectively implementing the less financially costly programmes quickly. This will demonstrate the commitment and prove to be an encouragement to all role players.

After mating with ‘protector mosquitoes’, the wild insects’ offspring are unable to reproduce or transmit malaria
Opinion & Analysis
1 month ago

The government has unveiled a master plan aimed at harnessing a R28bn cannabis industry that could create 25,000 jobs and attract foreign investment.
News
1 month ago

Famine crisis looms in Madagascar after worst drought since 1981

More than 500,000 Madagascan children are at risk of malnutrition during the course of the next year
World
2 months ago