The demise of Denel is a sovereign risk for SA 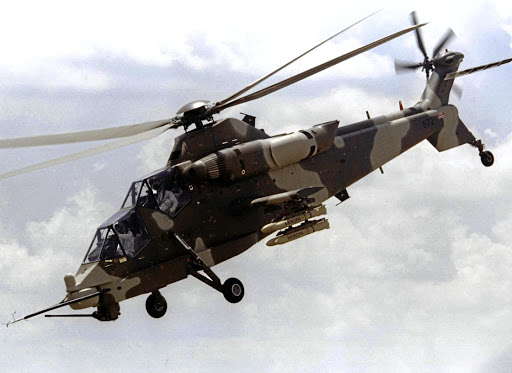 The Rooivalk helicopter made by Denel. The state-owned arms maker faces a cash crisis and is in talks with the Treasury and the department of public enterprises. File photo.
Image: Reuters

The downward spiral of Denel has reached such proportions that it has become part of the new normal: just another failing SOE.

The state of Denel, as one of the few entities through which government incubates high-end technologies for spin-off to the economy and advances the hard science agenda as well as providing a platform for the pursuit of the fourth industrial revolution, poses a significant strategic risk to the defence and the sovereignty of SA in future.

There are those who claim that there is no role for a state-owned company in the defence and aerospace sector. This is the same argument used to justify the continued, and some would say, the criminally negligent underfunding of the South African National Defence Force (SANDF). This attitude will undoubtedly come back to haunt us in the very near future.

Arguably, and should we seek to achieve the utility from the defence force that significantly contributes value against the national security requirements, then we should aim to fund the same at 2% of GDP. The reality, however, is that defence spending for 2021/2022 is 0.86% of GDP and is 14 percentage points less than the budget for the previous financial year.

The impact of the year-on-year reduction in allocation is exacerbated by the continuous and ever-increasing deployment and workload of the SANDF both domestically and internationally. The critical contribution by the SANDF to national security and foreign policy objectives will not be realised without sufficient funding.

It goes without saying that calamitous mismanagement has reduced Denel to a shadow of its former self. This is yet another crisis which the SANDF and South Africa will have to face in the near future.

Finance minister Enoch Godongwana has opted to “practise tough love” regarding struggling SOEs, saying their performance will have to drastically ...
Politics
2 months ago

Denel is the original equipment manufacturer for most of the combat systems in the SANDF. It is also the main contractor in the repairs and maintenance of the SANDF prime mission assets. The state of Denel has introduced significant risk to the defence of the Republic of South Africa. Not only is maintenance and repair compromised, but obsolescence of the combat systems has been accelerated. Life cycle costs are now spiralling upwards while serviceability is declining.

However, Denel is so much more than that. A quarter of a century ago SA had a thriving defence and aerospace industry with research and development capabilities that were held in very high regard across the world: the G6 self-propelled medium-artillery gun is one and the Rooikat armoured car was another. The Rooivalk was the only attack helicopter designed and produced in Africa, complete with its pioneering heads-up display within the helmet visors of its aircrew. This not only improved accuracy fundamentally but also enabled the use locally made missile systems on very sophisticated platforms. This led to SA being one of only five fifth-generation missile producers in the world.

The technology innovations developed by Denel and the defence industry in South Africa were tried and tested under harsh African conditions and found to be some of the most reliable and robust in the world. This led to a massive demand for South African defence technologies enabling an international market access disproportionate to our geopolitical influence.

For every innovation in this sector, there is invariably a spin-off to a vital civilian application.

But it is not solely about making weapons and munitions locally, that are internationally competitive and, in some cases, class leaders; it’s actually about the role of the defence and aerospace sector as a ground-breaking technology-based apex ecosystem in our economy. For every innovation in this sector, there is invariably a spin-off to a vital civilian application; The Global Positioning System (GPS) and the internet are two obvious examples that exist today with origin in the defence sector.

GPS was a vital military technology originally developed to track a submarine and its missiles remotely. That was as long ago as 1960. Today we used GPS on our smartphones to let us know what the fastest route is on the way to work, as this technology is able to mesh data from other users to provide real-time information on traffic congestion.

The internet began as a military capability experiment that would enable the US military headquarters to communicate with units and members under command in the wake of a devastating thermonuclear attack. Today, we use the internet on our smartphones for everything from doing our banking transactions, checking our voter registration to booking a Covid-19 vaccination or checking in for an aircraft flight – or we might just use it to gossip on Twitter.

None of these innovations, which have radically transformed our lives in the 21st century, would have been possible without the defence and aerospace sector which first breathed life into them. There are many other examples of where swords were beaten into ploughshares, as the Good Book exhorts us.

Lest we forget the array of smaller businesses that depend upon Denel. These businesses will not be able to survive should Denel collapse. This holds true for the incredible galaxy of innovators; scientists and engineers and technicians who once called Denel home. After one-too-many missed pay checks, much of that intellectual elite has now gone, forced to seek greener pastures in the interest of survival. Their opportunities, due to the nature of the industry, are more often than not in foreign countries which now benefit from the investment SA made into its people and its skills and hard sciences.

Arms manufacturer Denel owes its staff R636m in salaries, and a further R900m is owed to suppliers.
Politics
4 months ago

The 2020 Aerospace and Defence Masterplan lists almost a dozen projects that would be beneficial to the defence industry if they were to continue. The biggest of these is the production of the long-awaited Badger Infantry Combat Vehicles for the SA Army. Mismanagement coupled with defence budget cuts have had a fatal effect on the delivery and timelines assigned to this project.

Numerous other projects are critically important from both the SANDF and Denel’s perspectives: the creation of a brand-new locally designed and produced truck family to replace the Samil trucks, that have been with us since the 1970s, and the production of a new set of armoured mine protected personnel carriers to replace the ageing Casspir and Mamba fleets. These projects were intended for allocation to our private sector manufacturers in a long-term through-life-cycle industrial participation initiative.

The loss of Denel will grievously impinge on our sovereignty, because we will be dependent on foreign defence manufacturers and countries. The whole point of developing a very strong defence industry was to avoid being dependent upon the goodwill of another country.

South Africa’s defence and aerospace industry should be a national imperative – along with a commitment to adequately fund the SANDF. But of the two, perhaps the most pressing is the plight of Denel. Its failure will have dire consequences on the ability of the SANDF to carry out its constitutional mandate – safeguarding the sovereignty and territorial integrity of the RSA.

It is not in our interest as a country to let it fail.

Denel can turn a profit, but needs cash — interim CEO

SA’s state defence firm Denel hopes to return to profitability within the next five years via a restructuring plan, but will require significant cash ...
Business Times
5 months ago

‘You need a force that is between the soldiers and the police, a force that is right to deploy in situations we recently experienced,’ the newly ...
Politics
4 months ago