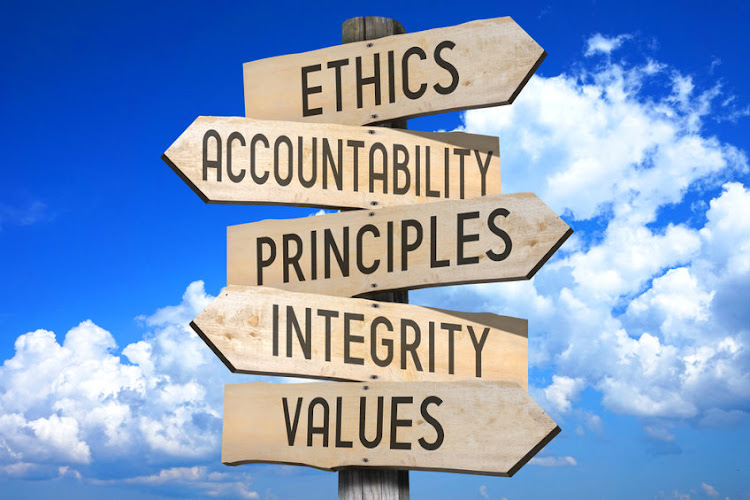 Since the dying days of apartheid in the mid-1990s, and at several pivotal moments since, South Africans have yearned for some measure of accountability for the ravages of apartheid. After all, the end of a system declared a crime against humanity by the UN had to yield an inevitable reckoning and accountability, especially for its victims.

The first opportunity for accountability for apartheid crimes in democratic SA came with the report of the Truth and Reconciliation Commission (TRC), released in 1998 and 2003. The universal expectation was that those denied amnesty at the commission for apartheid-era atrocities, or those who refused to appear before it, would be held accountable by the criminal justice system.

A slew of prosecutions would have been in order. Regrettably such accountability did not materialise.

Another opportunity was the Marikana Report of Judge Ian Farlam after the deaths of 44 people — including 34 miners at the hands of the police — at Lonmin’s Marikana mine in 2012. The failure of the report to recommend the prosecution of those responsible for the deaths of the miners led to widespread disappointment.

Even Justice Dikgang Moseneke’s compelling Life Esidimeni report in 2018, which highlighted the deaths of 144 mentally ill patients due to wilful neglect and cruelty by government officials, failed to generate prosecutions. These would have signalled that people should be held accountable for the needless deaths of the patients.

South Africans now face another moment of accountability. This follows the release of part 1 the of the report of the Judicial Commission into State Capture led by deputy chief Justice Raymond Zondo.

Media reports suggest overwhelming agreement that the well-detailed and comprehensive report must be followed up to hold accountable those linked in the report  to rampant corruption during the reign of former president Jacob Zuma.

Indeed, President Cyril Ramaphosa has described the first part of the Zondo report as a “defining moment” in the country’s effort to restore government’s integrity, credibility and capability.

But will it happen? Can South Africans really expect a different outcome this time?

One problem is that the country’s National Prosecuting Authority is severely constrained in its ability to pursue prosecutions against those implicated in corruption. Nevertheless it’s imperative for prosecutions to commence immediately for a few reasons.

First, there is ample material provided in the Zondo report which is of great evidential value to prosecutors. Second, the evidence is fresh and easy to corroborate. Third, over time memories fade and witnesses disappear, but witnesses who appeared before the commission may now continue to co-operate. And those who do not can be summoned to appear in court.

PODCAST | What does it all mean? Three crucial insights from part one of the state capture report

Fourth, unlike the last few years, the government, at least rhetorically, seems committed to holding individuals implicated in the report accountable.

Finally, it is a matter of good governance which may restore the faith of South Africans in the authority and capability of the National Prosecution Authority, as well as the integrity of government.

Solid groundwork has been done

Prosecutions based on what’s been set out in detail in the Zondo report should be inevitable. In fact, the report with its designated list of prospective defendants, as well as its mountain of evidence, provides the prosecutors with a blueprint for pursuing successful prosecutions.

Specifically, the commission has assisted the National Prosecuting Authority in several ways.

First, even without an executive summary, the commission has provided the prosecutors with enough of a narrative to launch successful prosecutions. The story to be told is about how misinformation and chicanery at the highest levels were orchestrated. This, to bleed state owned enterprises for the benefit of those who disregarded the health and welfare of all South Africans.

Second, by listing the names of those who ought to be prosecuted, the Zondo commission has diminished some of the burden on the National Prosecuting Authority to sift through the evidence to pursue likely defendants.

Former Government Communication and Information System CEO Mzwanele Manyi has defended dishing out millions of rand worth of advertising to the ...
Politics
2 weeks ago

It may be worth taking guidance from the strategy being pursued by the US justice department to pursue wrongdoers in the attack on the US Capitol on January 6 2021. US attorney-general Merrick Garland recently described how prosecutors started with the easiest cases. These included ones in which the evidence was compelling, and where co-operation from defendants might implicate others.

This traditional and well-worn prosecutorial strategy is about pursuing the low-hanging fruit to pursue higher-ups in the food chain.

Third, the commission has provided evidence gathered over the course of three years. This includes interviewing more than 300 witnesses, and collecting a trove of documents that will provide important sources of evidence. This has laid much of the groundwork for investigators and prosecutors.

Fifth, public interest in the commission proceedings has been quite high. The prosecutors could possibly enlist ordinary citizens (workers at the parastatals, for example) who may have some knowledge not yet uncovered by the Zondo commission. Or who may have further information.

Holding individuals accountable will hopefully reduce the rampant cynicism about democracy and governance in South Africa.

This tactic seems to have been particularly successful for American prosecutors in pursuing the January 6 insurrectionists.

Of course, it would require that whistle-blower protection be comprehensively strengthened.

Why prosecutions must succeed

Pursuing prosecutions with purpose and gusto at this “defining moment” might serve a few notable purposes. It will signal government’s commitment to eliminating the scourge of corruption that has plagued the country. This is particularly important for Ramaphosa, who has appeared hapless for too long with respect to corruption within the ranks of the governing ANC.

It would also restore the faith of South Africans in the ongoing project of democracy. It may also restore trust in government, which was so severely eroded during the Zuma presidency which ran from May 2009 to February 2018.

Pursuing prosecutions will also send a message that the money, time and energy invested in the commission was for the public good.

Finally, holding individuals accountable will hopefully reduce the rampant cynicism about democracy and governance in SA. Both are debilitating for any democracy.

These proposals are not meant to suggest that the National Prosecuting Authority will not experience significant obstacles to pursuing successful prosecutions. These include insufficient resources, personnel and possibly lack of political will.

But getting the ball rolling immediately may indicate a decisive commitment and effort to holding individuals accountable.

South Africans have been waiting far too long for that to happen.

To rise from state capture ashes, we need urgent action on Zondo report

Dudu Myeni in the dock? Don't hold your breath

It may take many months for Dudu Myeni and her SAA board colleague Yakhe Kwinana to see the inside of a courtroom, despite the evidence contained in ...
News
2 weeks ago

Hain has written to Boris Johnson, urging the UK authorities to freeze state contracts with Bain after the release of the Zondo report on state ...
News
2 weeks ago