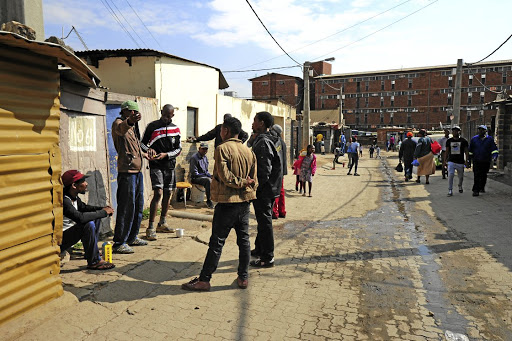 The promise of economic emancipation for townships and informal settlements (T&IS) is becoming a lived reality with the ratification on 29 April 2022 of the Township Economic Development Act (Teda).

The signing into law and implementation of Teda is a far-reaching enabling instrument to convert T&IS into, inarguably, reconfigured economic geographies where shared growth and employment pathways can be facilitated.

Teda is celebrated widely in society and across ideological divides since it promises to convert T&IS from spaces hostage to growth trends, as envisaged by apartheid social engineering, into areas of opportunity-enhancing economic activities.

The act, signed into law by Gauteng premier David Makhura, is a progressive intervention for township economies to be centres of production, distribution and commercial activity. Research conducted and information gathered from stakeholders, indicate Teda will change the landscape for how township enterprises operate by formalising them and dismantling the barriers to mainstream market entry from which many are deprived.

Its attributes make the act an enabling legislation, for enterprises and co-operatives, to function in a conducive environment of upgraded trading zones and business districts. It is lauded by industry, business chambers and associations in creating a relatively new economic geography, namely township enterprise zones (TEZs) to benefit small and medium enterprises, untapped real estate operators, and the underserviced taxi economy.

Gauteng premier David Makhura has made an impassioned plea to residents not to take the law into their own hands but instead work with the government ...
Politics
2 months ago

As such, Teda stands to release T&IS from anti-growth trends by unshackling these concentrated areas from being mere reserves for surplus labour and migrants (from the country and region) who end up competing ferociously for diminished goods and services. It is an act that is biased to address decisively historical wrongs and convert townships mainly defined as spaces with concentrated lower income households and low skills levels. It looks set to reconfigure townships and informal settlements chiefly defined by a sizeable absence of formal retail and commercial facilities wherein there is income and capital retention. It is an act that will importantly formalise the fragmented and noncompetitive township real estate property sector.

These measures contained in the Teda and the introduction of township economic zones are critical instruments arguably not seen anywhere in the country in terms of their objectives and outcomes. The act will be focused on moving from stifling management of economic activities to an enabling approach where government “stacks” material benefits in these township zones.

Additionally, these bylaws will incentivise the installation of broadband in the TEZs and become sites for inclusive empowerment of township-based internet service providers. This is a major milestone and a key to facilitating the creation of thousands of jobs in the gig economy and the global business services. Of course, this is meant to liberate the T&IS whereby it is estimated that nine out 10 people in these areas can only access the internet via their cellphones.

Instead, this act and its implementation as a legal and policy binding intervention for the foreseeable future will be anchored in broadband action labs. This will be accomplished by the acceleration of creating township connectivity zones and township cloud zones as one of a kind precincts within the TEZs. When these measures are realised and monitored for their impact, it is not inconceivable we will witness the creation of innumerable new digital livelihoods in the fast-evolving digital economies.

The Gauteng government is eyeing cannabis as one of the biggest contributors to the provincial and national economy.
News
1 year ago

Teda is also a welcome legislation to unleash the potential of the township cannabis and hemp sectors that will be fully licensed in the full hemp value chain and acting as gateways for the industry. This will make Gauteng a “green gold” mecca, as announced by Makhura, with the establishment in the Vaal River Smart City area of the country’s first cannabis hub focusing on cultivation of cannabis primarily for medical use and application.

Naturally, the implementation of Teda is not seen as a government-only matter but will depend and rely on public-private partnerships. Teda is a whole-of-society call to action to build better townships and informal settlements reeling from the negative effects of the Covid-19 health and economic pandemic, the July 2021 civil unrest and the complex spillovers from the Russia-Ukraine war.

In the maximal implementation of the Township Economic Development Act it can be argued there is less room for dividing SMMEs and benefits accorded to them based on nationality. Such an approach contributes to Afrophobia and exacerbates divisions among sectors in the townships who, ultimately, suffer from the vagaries of conglomerates which monopolise production and distribution of basic commercial goods.

Moreover, this requires the introduction of a solidarity economy through, for instance, a service delivery co-production for municipalities where enterprises and organisations such as stokvels and mutual benefit societies provide their own communities with goods, services and knowledge that meets the local community’s needs.

A basic philosophy informing such an action plan will see citizens and communities not as passive recipients but as active agents in the delivery of basic services and trade in commercial goods.

Teda is about encouraging a culture of self-reliance, reducing the costs of production of goods and services and building better off viable enterprises which contributes to shared economic growth in the post-pandemic period.

In the final analysis, the ongoing projects of social cohesion and nation formation are dependent on changing for the better the economic geography of townships for the benefit of most as enshrined in our Constitution’s Bill of Rights.

• Parks Tau is MEC responsible for the department of economic development, environment, agriculture and rural development in the Gauteng provincial government.

Long walk to freedom has got a good deal rougher of late, says Ramaphosa

The welfare system assuages the pain of those who depend on it, but it never removes it
Opinion & Analysis
2 months ago