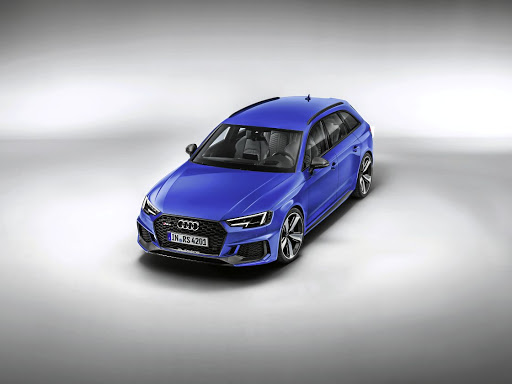 On Twitter, thousands of people criticised Audi, saying its tweet about the RS4 featuring a young girl can be interpreted as male lust.
Image: Supplied

Car manufacturer Audi has issued a public apology for its “sexually suggestive” and “insensitive” tweet on its RS4 advert featuring a young girl leaning against the car while she eating a banana.

On Twitter, thousands criticised the company, saying the picture can be interpreted as male lust. Others said the advert was insensitive and that high-speed machines are a danger to society and children in the streets.

Most of the tweets have been hidden, but scores continue to flood the comments to challenge and criticise the advert.

The picture, which has not been taken down despite the backlash, is captioned “Lets your heart beat faster- in every aspect”.

Lets your heart beat faster – in every aspect. #AudiRS4 pic.twitter.com/14XaKhlRVL

One Twitter user wrote: “What on earth would a little girl eating a banana have to do with any of the text accompanied by this ad? Answer that in the most obvious, logical, instinctual way and you'll get your credibility back.”

Some said the photographer of the advert must be arrested.

There were also many who came to Audi's defence, saying there was nothing wrong with the picture or the advert.

All these replies not seeing any problem with a young girl eating a banana and leaning provocatively against a car with the strap line ‘lets your heart beat faster - IN EVERY ASPECT’!!!!! Really??? All of you (men) have absolutely NO problem with this? 😮

In its apology, the brand said it cares about children and that the vehicle is a family car.

It apologised for the use of image and said it will not be used in future advertisements.

We hear you and let’s get this straight: We care for children. The Audi RS 4 is a family car with more than thirty driver assistance systems including an emergency break system. That’s why we showcased it with various family members for the campaign. (1/3)

“The premier’s lifestyle is commensurate with his income. We did not identify any potential conflict of interest.”
Politics
2 years ago

The Asset Forfeiture Unit has obtained a preservation order to attach bank accounts holding more than R18m for people who allegedly ran a pyramid ...
News
2 years ago