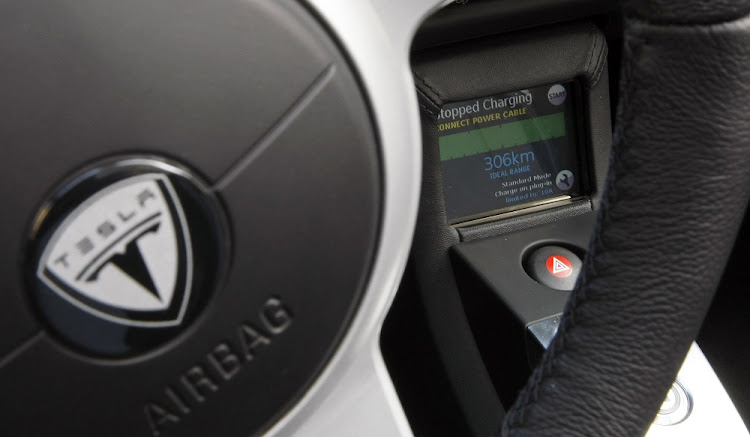 Police found that the driver was at fault in 'violent' Detroit crash.
Image: REUTERS/Alessandro Bianchi

Detroit police said on Tuesday they do not believe Tesla's driver assistance system Autopilot was in use during a crash last week of a Tesla that became wedged underneath a tractor-trailer and left a passenger in critical condition.

On Monday, the National Highway Traffic Safety Administration (NHTSA) said it was aware of the "violent crash" in Detroit on March 11 and a Special Crash Investigation (SCI) team would investigate.

#ModelY crash into the side of a semi trailer in Detroit now under NHTSA investigation https://t.co/cp9kIusGU5 pic.twitter.com/a9ML43abAw

Detroit Police assistant chief David LeValley said at a press briefing on Tuesday "that all indications" are that the Tesla was not in Autopilot mode at the time, citing statements made by the driver and video evidence showing some evasive manoeuvres before the crash.

The passenger is still hospitalised while the driver, who was previously hospitalised, is being charged with reckless driving, LeValley said, adding that speed was a significant factor in the crash.

NHTSA has previously launched at least 14 special crash investigation teams after Tesla crashes that were suspected of being tied to its Autopilot driver assistance system, but has taken no action against the automaker as a result of those probes.

Investigators will meet with Detroit police later this week to review data from the vehicle's data recorder, LeValley said.

Autopilot has been engaged in at least three Tesla vehicles involved in fatal US crashes since 2016.

NHTSA and the National Transportation Safety Board have probed other crashes in which a Tesla struck a trailer, including two fatal crashes in Florida.

3:30 am in a low-traffic industrial part of town. The Tesla was not speeding but blew-through a signalized intersection without braking. At that time of night, the signal would have been blinking red.https://t.co/TMNP21zLiZ pic.twitter.com/bbUhG5O3j2

In 10 years, some luxury cars will be all-electric, but there’s a downside

Emissions targets and bans have carmakers racing to switch to zero-emission models, but jobs will be lost
World
1 year ago