The results of the latest crash tests on vehicles sold in SA reveal some marques are risking the safety of their customers, writes Mark Smyth 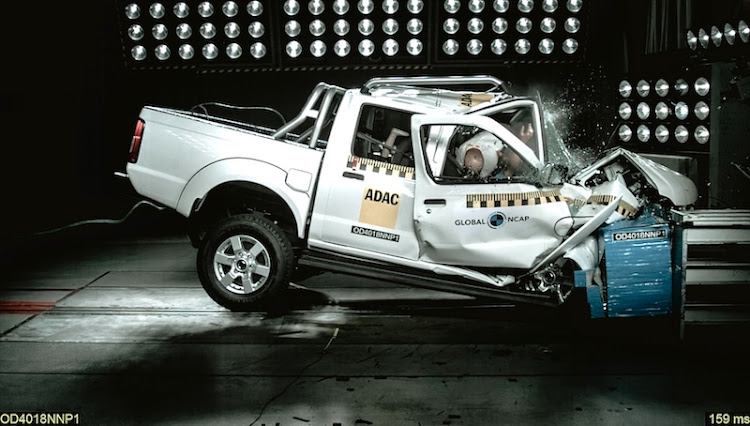 Vehicle crash tests conducted at an international test facility in Germany on models sold in SA reveal that some car makers are putting the safety of their customers in Europe ahead of those in Africa.

International vehicle safety organisation, Global NCAP together with the Automobile Association of SA (AA SA) tested vehicles sold in SA after similar tests were done on budget cars in 2017.

Four vehicles were tested, including the Hyundai i20, Kia Picanto, Toyota Yaris and Nissan NP300 Hardbody.

The worst performer was the Nissan which received a zero star rating and just two stars for child occupant protection after an international standard frontal offset collision test at 64km/h. According to the test results “the vehicle structure collapsed during the crash test and it was rated as unstable.” 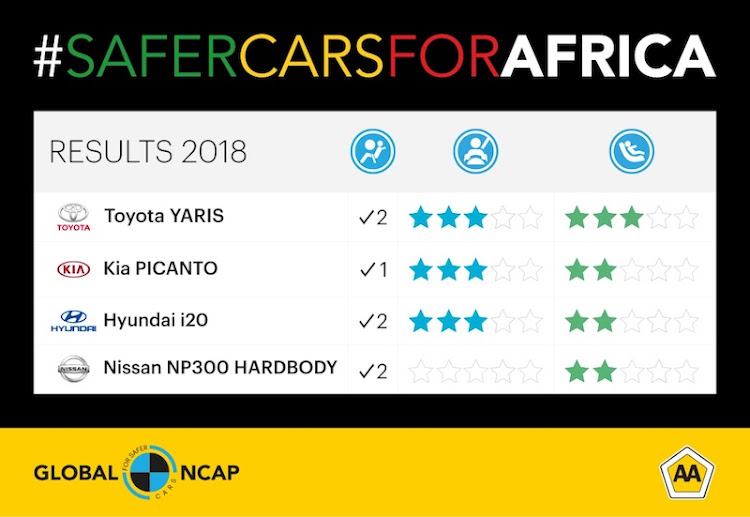 The results of the latest Global NCAP crash tests on vehicles sold in SA provide some alarming results
Image: Supplied

“It is astonishing that a global company like Nissan can produce a car today as poorly engineered as this,” says David Ward, secretary general of Global NCAP. “The NP300 Hardbody is ridiculously misnamed as its body shell has collapsed. Nissan also claim the car benefits from a so called ‘safety shield’ but this is grossly misleading. Our test shows that the occupant compartment completely fails to absorb the energy of the crash resulting in a high risk of fatality or injury.”

The result should ring alarm bells for consumers and also for Nissan, which has already been heavily criticised for selling the Datsun Go in SA and the Renault-Nissan Alliance vehicle, the Renault Kwid after they performed poorly in safety tests.

It could strike a major blow for Nissan which is aiming to re-position itself as a leader in the light commercial vehicle market in Africa, particularly with the NP300 Hardbody. In an interview with Business Day in August 2018, the managing director of Nissan SA, Mike Whitfield advised that the company plans to continue producing this model in SA.

“As long as I’m still here for the next ten years we’re gonna keep selling these (NP300 and NP200) into Africa,” Whitfield said. He also said that the company plans to increase production in SA from the current 40,000 per annum to over 120,000 by 2023, predominantly by exporting the NP300. 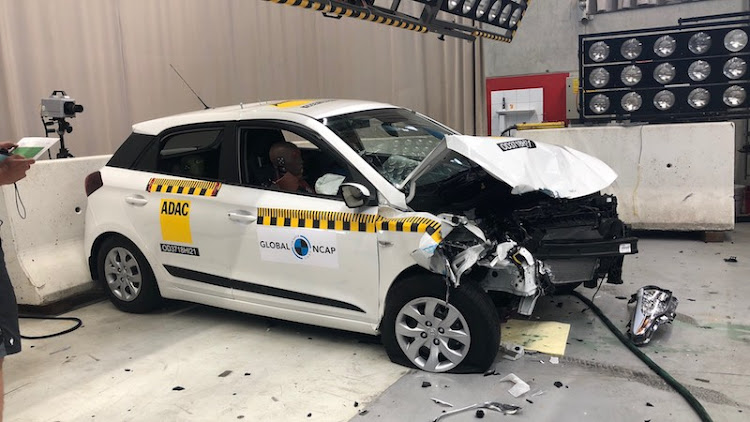 The Hyundai i20 sold in SA showed significantly more damage than the i20 sold in Europe raising questions over whether Hyundai is putting profit before safety in SA
Image: Supplied

However, it is Hyundai that could come in for the most condemnation over the results of its i20 hatchback.

Last month Hyundai sold 655 i20 models in SA but while its three-star adult occupant crash test result will be deemed acceptable, there are serious questions surrounding whether Hyundai provides different body shells for the model it sells in SA compared to those in Europe and other markets.

In its report, Global NCAP said of the i20 that “The body shell was rated as unstable and it was not capable of withstanding further loadings.”

We witnessed that for ourselves when we attended the tests in Germany which took place last month. Close inspection revealed that the roof and A-pillar buckled in the crash, in direct contrast with the same parts of the body shell in a test of an i20 sold in Europe by Euro NCAP in 2015. In that test there was no deformity of those elements and the vehicle received a four-star safety rating on a much stricter scale, with Euro NCAP stating that: “The passenger compartment remained stable in the frontal offset test.”

According to Alejandro Furas, technical director of Global NCAP, there is a clear difference in the materials used in the vehicle sold in Europe and the vehicle sold in SA. If correct then that raises serious concerns about whether Hyundai is putting profit ahead of the safety of consumers in SA and Africa. The Toyota Yaris also displayed an unstable body shell in the tests but achieved a marginally higher score than the Hyundai
Image: Supplied

The latest generation of Toyota’s Yaris was also tested and also scored three stars for adult occupant safety. It too received a report stating that “the vehicle structure was rated as unstable and offered marginal to good general adult occupant protection.” However it scored marginally higher than the Hyundai and provided a better level of rear seat child protection for children secured in the vehicle correctly. This version of the Yaris, manufacturers in India, is not sold in Europe so it is not possible to compare a vehicle sold there with the one in SA.

Hyundai’s sister company, Kia received a three-star rating for its small Picanto, which was also the only vehicle tested that had a body shell described as “stable” in the crash test.

“What these results show is that three vehicles priced lower than the Nissan produced three-star ratings for adult occupancy indicating that safety does not have to be tied to price,” says Collins Khumalo, CEO of the AA SA. “ They also emphasise that cars may not be what they seem based purely on looks and descriptions, and than until many more vehicles are tested, this issue may be a much bigger problem throughout Africa than we originally believed.” 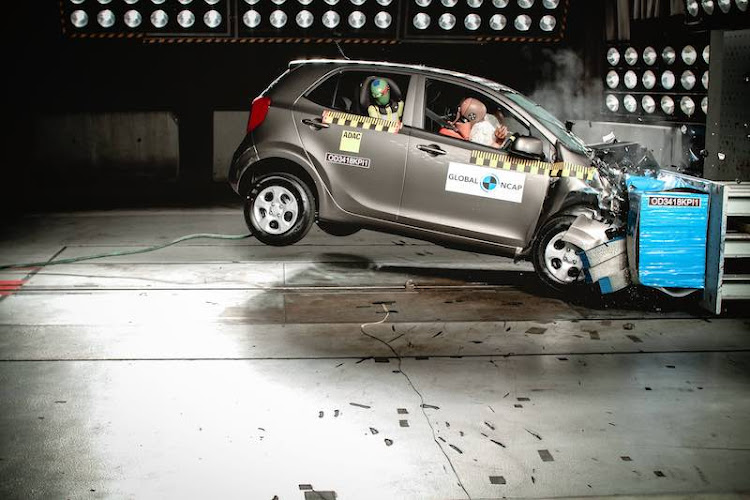 The Kia Picanto had the most stable body shell in the impact and also scored three stars
Image: Supplied

Furas told us that the criteria for tests on cars sold in Africa are not as strict as for those in Europe. “If we applied Euro standards to SA cars then probably most cars would be zero cars,” he said. But the aim is to establish a safety programme for SA and Africa and to do so, manufacturers and industry organisations, as well as government, need to become involved with the programme.

“Manufacturers will not chase European standards because they know they will not pass,” said Furas. “They will chase the five star standard for SA.”

“The Safer Cars for Africa campaign introduces essential transparency to the South African car market and these results show that consumers are still getting a raw deal,” says Saul Billingsley, executive director of the FIA Foundation which supported the tests: “The ironically named Hardbody is the worst of the bunch, but all these car makers should be doing better and offering the same high standard of safety in SA and across the African continent as they do in Europe and the US.”