How to put the brakes on road carnage 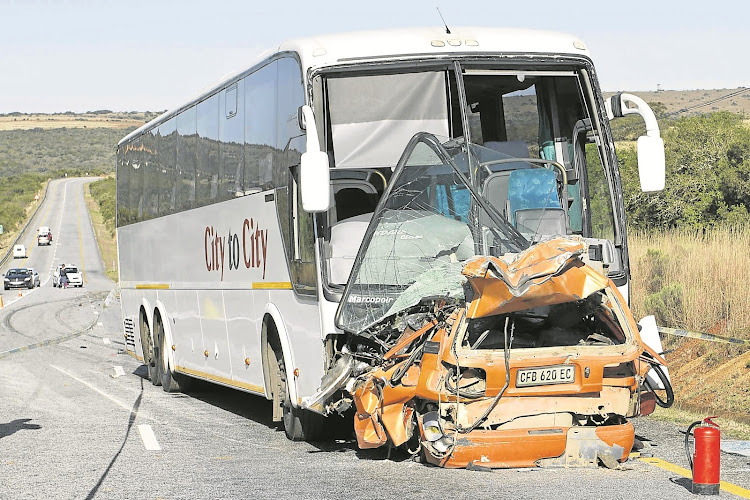 A serious change in attitude – from drivers and traffic authorities - is required to reduce the road death toll. Picture: SUPPLIED

Since it is the beginning of Transport Month where some of the spotlight falls on road safety, I will indulge in a little fantasy and imagine I had our minister of transport Fikile Mbalula at my disposal for a day.

I’d ask him to accompany me on the same journey I recently undertook from Joburg to Mpumalanga.

On the regional road between Bronkorstspruit and Groblersdal I witnessed some of the most reckless and dangerous driving I’d ever experienced. While I was queued up in a line of about 10 cars behind a slow-moving truck, there were a few cars overtaking us on a solid white line directly in the face of oncoming traffic. These impatient overtakers relied on a gap opening up for them in the queue to squeeze into as they moved back into the left lane; if there was no gap they simply continued driving in the right hand lane, forcing oncoming vehicles to swerve off the road to avoid a crash.

It wasn’t an isolated incident, and several cars performed the same life-risking stunt during the journey rather than waiting a few minutes for a chance to overtake safely. It is clear that neither self-preservation nor the threat of law enforcement had any effect on these drivers’ habits, and it was a wonder that there was no accident.

All the bluster from traffic authorities about coming down hard on speedsters, drunk drivers and recklessness made no difference here, on this road on a weekday afternoon where death was waiting to happen.

“Right there, what are you going to do about that?” I would ask Mr Mbalula who, I presume, would have been suitably shocked, and galvanised into action.

After subjecting our transport minister to this experience, I would dispense him at his office and anxiously await the outcome, full of bubbling optimism and hope that, as a long time road safety campaigner, at last I had “reached” someone.

I would imagine him going into his office on Monday morning and saying: “Look comrades, we’ve been doing things all wrong. All those hidden speed traps we’ve been setting up hasn’t prevented drivers from dangerously overtaking on solid white lines. Let’s try something different, like deploying more traffic officers to mingle with the traffic — in unmarked patrol cars if necessary — and seeking out reckless drivers.

I could only naively hope, but this change in focus would give more traction to the new demerit system which aims to penalise habitual offenders by imposing penalty points on their licences in addition to a fine. When the long-awaited system is signed into law soon, drivers will start with 0 points and will be allowed to drive until they reach a maximum of 12 points, upon which their licence will be suspended for three months.

One point is reduced every three months if no further violations occur within the three-month period, but should you exceed three suspensions you could permanently lose your licence. A licence can be cancelled if it has been suspended for the third time.

The new law is laudable for aiming to change driving behaviour and make roads safer by removing regular traffic offenders from the roads. Similar demerit systems have had success overseas, in countries that have much safer roads.

However, it’s likely to have little effect if the enforcement focus doesn’t spread to all aspects of unsafe driving, instead of placing so much emphasis on hidden speed traps which bring in a lot of money for traffic departments but have a negligible effect on road safety given that more than 13,000 people die on our country’s roads every year.

SA is one of the world’s most dangerous countries to drive in, with the World Health Organisation reporting that we have about 26 road fatalities per 100,000 people, compared to just 9.3 per 100,000 in Europe.

A demerit system is a start, but a serious change in attitude is needed — among road users as well as traffic authorities — if we’re to put the brakes on the carnage.

Despite decline, the Tesla Model 3 is still the top-selling car in Norway

Tesla Inc's electric Model 3 remained Norway's top-selling vehicle in the third quarter even as sales of the car declined from earlier in the year, ...
Motoring
2 years ago

After a 37-year absence the legendary Kyalami 9-Hour is back to enthrall motorsport fans with a heady mixture of glamour, guts and raw speed. These ...
Motoring
2 years ago