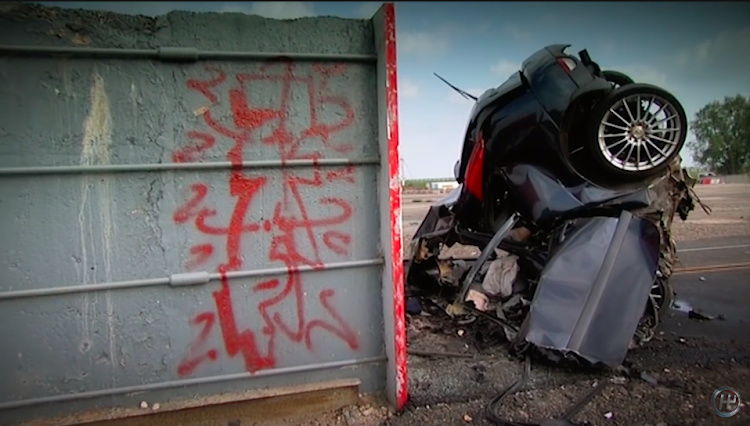 A video trending on social media, shockingly recorded by the driver, shows a South African motorist traveling at 308 km/h on the N1 highway. Dialdirect has warned about the dire consequences of losing control of your vehicle at this speed.

“Speeding impairs your ability to avoid obstacles and drastically reduces the time you have available to react to a dangerous situation. One vehicle making a move that the driver didn’t anticipate, one piece of debris in the road or one failure, like a tyre blowout, and this could end up as much more than just a wrecked car,” said Maanda Tshifularo, head of Dialdirect.

The Popular UK motoring series Fifth Gear published a video of an accident at 120mp/h (193km/h) – a speed easily attainable by even mid-range modern vehicles -  that shows the devastating effect on the vehicle involved.

Even at lower speeds, the threats are very real.

According to the World Health Organisation, the likelihood of death in a crash with an 80km/h impact speed is 20 times higher than that in a crash with a 30km/h impact speed. The faster you drive, the greater the impact will be when you hit something, whether it be another car, a tree, a barrier or wall. In essence, you need to slow down if you want to reduce your chances of being fatally injured.

“Substantial fines aside, doing more than 40km/h over the speed limit will get you arrested on the spot”, said the JMPD’s Wayne Minnaar. “Depending on the severity of your infringement, you could face fines of up to R20,000 or even time behind bars.”

Tshifularo said, “While most modern cars have some very impressive safety features, most of these are rendered completely useless at higher speeds.”

“We only need to rewind one year to when a Cape Town businessman’s legs had to be amputated after a high-speed crash.”

With this in mind, Dialdirect offers these tips:

“If you have a passion for fast cars and an insatiable need for speed, rather find your outlet at track days, advanced driving courses, karting circuits and even simulators than on the road. Once the damage has been done, a person has been injured, disabled or even killed, you’ll realise the thrill isn’t worth it, but by then it will be too late”, Tshifularo said.

How to squeeze the most kilometres from your petrol tank

The recent petrol price hike marks the eighth official increase for South Africans this year. Unfortunately, the hikes are beyond our control, but ...
Motoring
2 years ago

A motorist who clocked more than 300km/h on a Johannesburg highway will face the "full might of the law" should he be traced, Ekurhuleni metro police ...
News
2 years ago