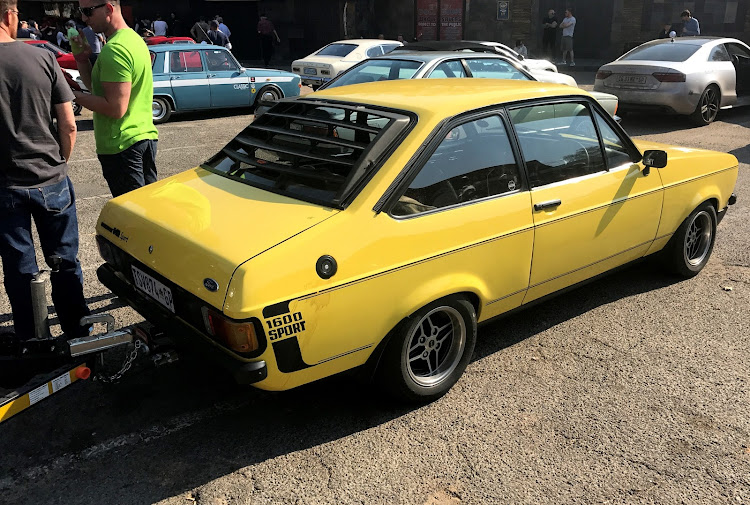 There has been a revolution in the classic car scene in the past decade or so. Dealerships specialising only in classic cars have sprouted in our major centres, and there is an increased awareness of the “coolness” of classic cars.

Having bought my first classic car (a 1966 VW Karmann Ghia) way back in the 1990s, I have seen this awareness develop, particularly in the way other motorists react to classics. Nowadays you are more likely to get an appreciative thumbs-up half a dozen times on each short journey you take, if  your classic happens to be one of the recognised collectables.

This recognition factor has a lot to do with the proliferation of television programmes featuring classic cars. Quite apart from the dedicated motoring programme, Ignition, there is a classic car show of some sort on DStv channels every night of the week. If your taste runs to British or American cars, there is a specific DStv programme for you.

Of course, it doesn’t hurt that many  celebrities have endorsed the whole classic car thing. I reckon you could chart the worldwide spike in VW Kombi prices from the very week that celeb-chef Jamie Oliver featured a programme where he was cruising around in his split-window VW Bus. And the 50th anniversary of Woodstock in 2019 didn’t hurt the VW bus’s flower-power associations either.

In recent years (although this trend has eased lately) people were paying silly money for rust-ravaged split-window VW Kombis (the first-generation built from 1950 onwards) that had nothing else going for them other than the fact that their original manufacturer’s plate was still intact and matched the factory production record. Nowadays, split-window Kombis have to be in pretty bad shape to sell for anything less than R200,000, while pristine examples of the 23-window Samba Kombi can sell for up to R1m. 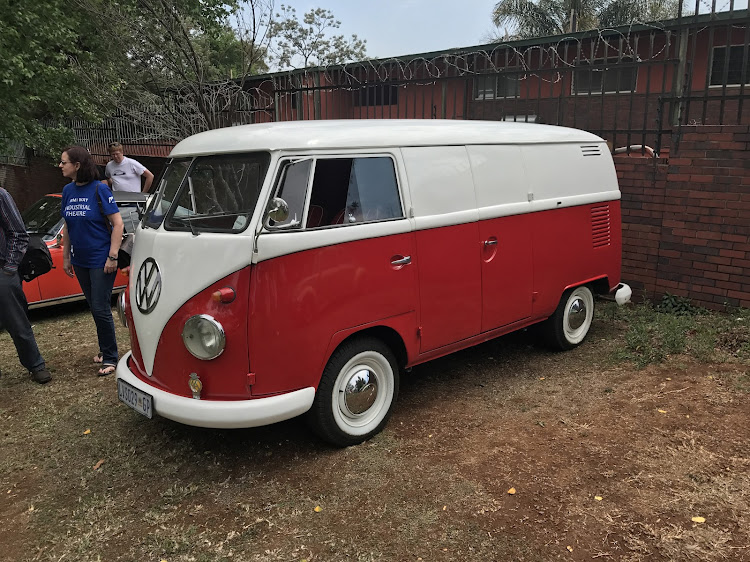 An early VW split window panel van like this is worth R300,000 plus. Picture: SUPPLIED

Now this is all very well, but if you have owned a Kombi (as I have done, as recently as three years ago) and tried to run it on the Gauteng highway system, you will realise that you spend more time peering anxiously in the rear view mirror than you do on the road up ahead. Kombis tend to drop down to 70 to 80km/h on uphills on the highway. And with drivers in the other lane passing at upwards of 140, that can be hairy!

Another rather mundane vehicle that has been fetching silly money in the past few years is the Ford Escort 1600 Sport. This is the rear-wheel drive model sold up until 1982, with a black grille, spot lamps, side striping, a sporty steering wheel and vaguely sporty seats. Oh yes, and they have distinctive pressed steel wheels as well.

For the rest, the 1600 Sport is a two-door version of the Mk II Ford Escort, using a 1,600cc pushrod engine that was already outmoded by the mid-1970s. It’s a nice neat little package, but it only has a four-speed gearbox so it screams its head off at 120km/h on the highway, and any Mk I Golf out there will pretty much leave it for dead in the twisty bits.

So why the hype? Because Escorts of similar shape were hugely successful in rallying in the late 1960s and early 1970s, rabid early-Ford fans in England have taken this car to their hearts (along with the slightly faster and sexier-looking RS 2000).

South African cars are much admired as they don’t rust like UK cars. You can fetch R200,000 and more for them these days if you are willing to sell them overseas. About 10 years ago I could have bought one with an easily fixable dent in the door for R15,000.

What are good classic investments for the future?

• Volkswagen Beetle from 1968 to 1979. The earlier Beetles with rounded bumpers, sloping headlights and small tail lights are already priced too high. Beetles are very well-built cars and there is a huge aftermarket spares supply. But make sure you buy an unmolested example.

• Ford Cortina Mk III, Mk IV and Mk V from 1970 to 1982. You must get hold of a clean one with all its trim. Their popularity in the UK means that many have already been exported.

• Opel Manta. This is a small coupe from the early 1970s styled to look like a baby Chevrolet Camaro. Mantas are becoming extremely collectable on the classic car circuit. 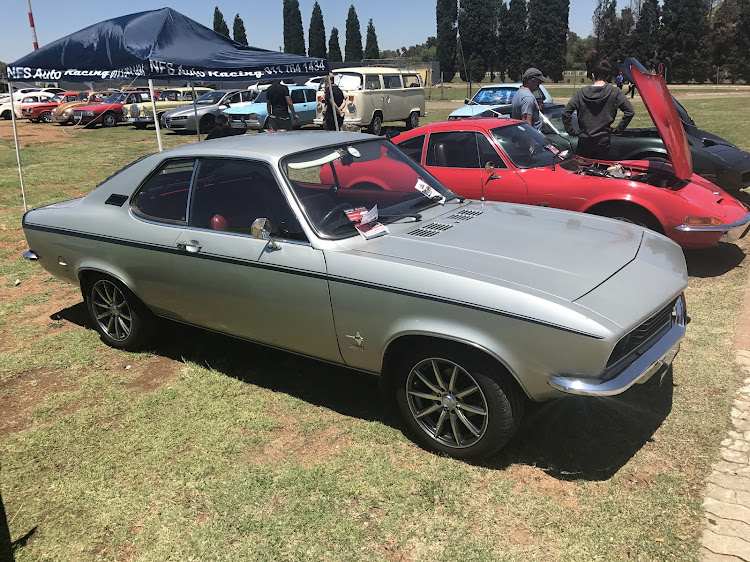 • Ford Cortina bakkie from 1972 to 1985. The pick of these is the 3.0 Leisure version with a V6 engine from 1979 to 1985. Cortina bakkies were a South African-only production series, and are becoming very sought-after internationally.

• Volkswagen Golf GTi 1982 to 1987. This encompasses the Mk I and Mk II series. They’re becoming expensive already though, perfect examples having been advertised in the R160,000 to R180,000 region. And you’ll pay more for a much-rarer pristine Mk I GTi.

• Mercedes-Benz S-Class from 1982 to 1990. This is the W126 series. Lovingly cared-for examples are still very underpriced, but the coupe versions in SEC380 and SEC560 form are already making big jumps in value.

• BMW 7 Series from 1978 to 1987. Most of these have been terribly abused (unlike the equivalent Merc S-Class). Only buy a pristine original example, as these are extremely rare, and prices haven’t jumped accordingly yet.

• Porsche 996 series. This is the first water-cooled generation of the Porsche 911 built from 1997 to 2004. Initially unloved, these are still the least-collectable earlier 911s. But values are going to start rising as more and more people realise how cool any early 911 Porsche is.

• Toyota Corolla Liftback, from 1981 to 1984. These came in 1.8l form and in special TRD versions. Find a clean one and you’ll have a unique piece of South African-specific Toyota history, as these rear-wheel-drive Corollas had quite a rallying history in the early 1980s.

• Volkswagen Citi Golf, from 1985 to 1990. Early Citi Golfs are gaining in value fast as overseas collectors realise how unique they are! Buy one of the early red, yellow or blue ones if you can find one. Make sure all trim is present, particularly the wheel caps.

You’ll note that South African-specific performances specials from the 1970s and 1980s aren’t even mentioned here. Prices for icons such as the Ford Capri Perana, BMW 333i, Opel Kadett Superboss and MBW 325iS Shadowline have been soaring for some time. And the 1970s Ford Fairmont GT commands a huge demand in Australia because it is the SA-equivalent of the Oz-built Falcon GT. Exported Fairmont GTs can fetch values up to R750,000!

Still, the market is quite flat now, so if you find one of these SA specials that comes up for sale, snap it up.South African older cars have one big advantage compared to classics elsewhere and that is that rust is marginal compared to European cars.

In this episode of Cargumentative the guys have to pick a SUV – past or present – that has the potential to become a future classic. They also touch ...
Motoring
2 years ago

Here's why classic cars are making such a comeback

Nostalgia is popping up everywhere, especially in our garages
Motoring
2 years ago