CAR CLINIC | Look before you flush your engine 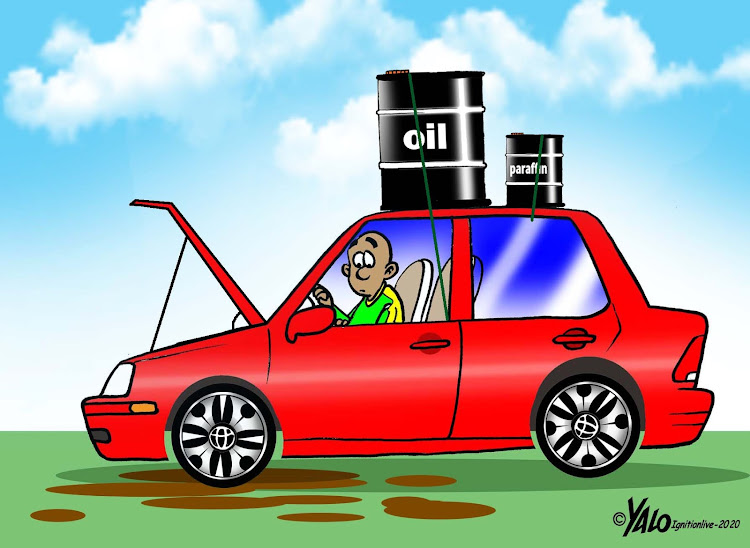 Be wary of flushing your engine - it can cause an unwanted domino effect.
Image: Supplied

I happened to be talking to the owner of a workshop near me the other day. On his hoist he had a Toyota Corolla which had come in with a noisy timing chain.

It transpired that the strainer on the oil pick-up tube in the sump had been clogged with debris. This led to a slower than normal rise of oil pressure at start-up. The tensioner on the timing chain, which is activated by oil pressure, was therefore also slow to take up the slack in the chain, causing the chain to rattle for a few seconds.

Apparently this is not an uncommon scenario. The interesting part was the reason for the gunge on the oil pick-up strainer. The owner of the Corolla had drained the car's engine oil a fortnight previously. For good measure he decided to flush the engine with paraffin.

This was where the Law of Unintended Consequences stepped in: the paraffin loosened years' worth of sediment, deposits, sludge and other forms of muck, which promptly found their way into the fresh oil and congregated at the pick-up strainer. Beware of engine flushes on an engine which has already accumulated sediments!

The position with an automatic transmission (of the torque converter type) is even more precarious. There you have clutches which can wear, releasing gritty contaminants into the transmission fluid. Discoloured fluid is the warning sign – any marked deviation from the clear, bright red colour of fresh fluid is cause for concern. When you notice this, even a normal fluid change is risky because the new fluid, with its detergent additives at full strength, can dislodge sediments which can easily block the very fine passages in the valve body of the 'box.

This situation does not arise if the transmission fluid has been changed on schedule, because then contaminants never get a chance to accumulate. Hence the importance of periodic transmission fluid changes throughout the life of the vehicle.

Unfortunately this service item, even when it is stipulated in the schedule, is often ignored by workshops. It is therefore imperative that the transmission fluid of a torque converter automatic ‘box is closely scrutinised when viewing a used car with the intent of buying. And if the car doesn't have a transmission dipstick which you can remove to look at the colour of the fluid?

Then I'll walk away, no matter what the salesman says. And if you find yourself with a car whose transmission still works fine, but the fluid looks ominous? The best you can do is drain and replace a couple of litres of fluid at quarterly intervals over a period of a year, renewing the filter each time.

Then you never dump a full load of fresh fluid with its active detergent pack into the 'box all at once. When a 'box starts slipping or “losing gears”, a complete overhaul is the only option. Some automatic ‘boxes will go in “limp home” mode before the final demise, but others will simply fail without preamble.

Our resident mechanical guru Gerrit Burger offers advice on all your motoring maladies.
Motoring
2 years ago