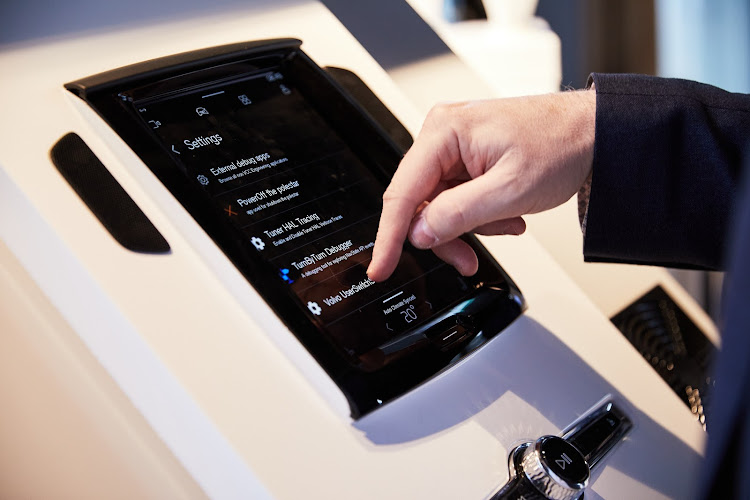 Tablet-style infotainment systems do have their serious foibles in terms of safety and practicality. Picture: SUPPLIED

One of my favourite quotes on perfection goes: “Nobody is perfect, which is why pencils come with erasers.”

In light of this truth, we can’t expect that the hundreds of minds involved in designing various aspects of cars to nail it on the head every time, and it’s a subjective matter on what works or doesn’t. We asked Arena’s motoring journalists to outline what in their minds are automotive boo-boos.

Brenwin Naidu of Sowetan Motoring and Sunday Times Motoring lists haptic plus and minus buttons replacing conventional rotary dials for volume adjustment. Haptic buttons are becoming all the rage in these days of touchscreen display tech.

They advance, or at least hope to better, the experience of touching a lifeless screen to give vibrating feedback which we can use as conformation that a feature has been activated.

It’s a noble idea, and should work wonders for the many apps found in new cars, however, many are still too finicky to operate and are not yet ready to compete with a conventional dial or click-button in the matter of raising audio hell.

Audiophile Naidu also lists the phasing out of the compact disc. “I still have a decent collection,” protests Naidu and quite possibly he will find sympathy with those who still possess a rattling collection of CDs rather than a younger generation that has migrated to digital steaming through audio apps or those who are firmly holding on to the USB.

Lastly, Naidu has gripes with Mercedes-Benz in particular, which insists on mounting its gear selector stalks on the steering column. “While there was nothing wrong with the traditional placement in the centre of the transmission tunnel console, in defence of the brand, steering mounted stalks offer one of the best, quickened access to slotting in an out P,R,N and D that I’ve yet experienced”.

Group motoring editor Denis Droppa has gripes with dual-unlocking central locking systems — those requiring one press of the key fob to open the driver's door and another click to open the passenger doors/boot.

He cites the time wasting of these systems and would prefer just one click to unlock all doors for convenience.

Another of his dislikes is north-oriented satnav maps. “Why is this even an option? It should always be in the direction of travel,” bemoans Droppa.

In some vehicles fitted with satnav systems the default direction is north orientated and requires going through fiddly menus to get the navigation pointing in the actual direction of driving.

Ignition TV producer Shaun Korsten is unhappy with the placement of indicator and windscreen wiper stalks. Trends over the years have seen Eastern brands position indicator stalks on the right hand-side while Europe prefers the left-hand side, resulting in an adjustment for people who constantly hop between different cars, much like motoring journalists.

“There needs to be one decision made as to which side the turn signal goes,” says Korsten who also has issues with imperfect lane assist systems, especially those that violently nudge a car back into a lane if it straddles markings.

It can be a nuisance and whereas there’s an option switch off the annoying safety item, thankfully other vehicles have the ability to tailor the response between off, gentle and downright rude.

“Swiping a tablet works just fine when you’re sitting on your sofa looking for the latest in YouTube content. Where it doesn’t is in a car, motoring down a highway at speed while trying to change the temperature of the climate control or increase the fan speed,” says Falkiner.

He also says artificial engine noises piped through vehicle sound systems is a big no-no. “Everybody is guilty of this one. From Audi and BMW to Renault and Volkswagen, manufacturers the world over have fitted this fakery of the highest order since 2005, with some marques getting so wrong it feels like you’re driving a PlayStation simulator, not a real car. Expect EVs to turn this annoyance up to 11,” says Falkiner.

Enormous alloy wheels clad with skinny low-profile tyres are the other of his abominations.  “They may look awesome and impress your friends but out in real-world driving conditions they prove nothing but a compromise on ride quality and are easily damaged by potholes.”

The author’s protests are aimed at smart keys, particularly those with smooth and highly polished surfaces like that which BMW makes for its high-end models. These usually fall out of your hands or when you are drawing them out of your trouser pockets.

You don’t want to lose a key inside the snug confines of a roadster, or directly into a street manhole. Key fobs with rugged surfaces aren’t prone to the inconvenience of a loss.

Also, air conditioning systems integrated into digital menus simply don’t work as effortlessly as conventional rotary switches. In fact, they are downright unsafe. To tailor the temperature of the cabin on the move requires a driver to take their eyes off the road to find and set ideal temperatures.

• What are your modern-car gripes? E-mail the motoring editor at droppad@arena.africa

If you have a crack or chip in your windscreen that you have not yet repaired, it might be time to do so as winter looms
Motoring
2 years ago

Growing old disgracefully: all you need to know about the 24 Hours of Lemons

In SA, cosmetics trumps common sense in the quest for wicked-looking wheels
Motoring
2 years ago