The top 10 most bizarre car names of all time 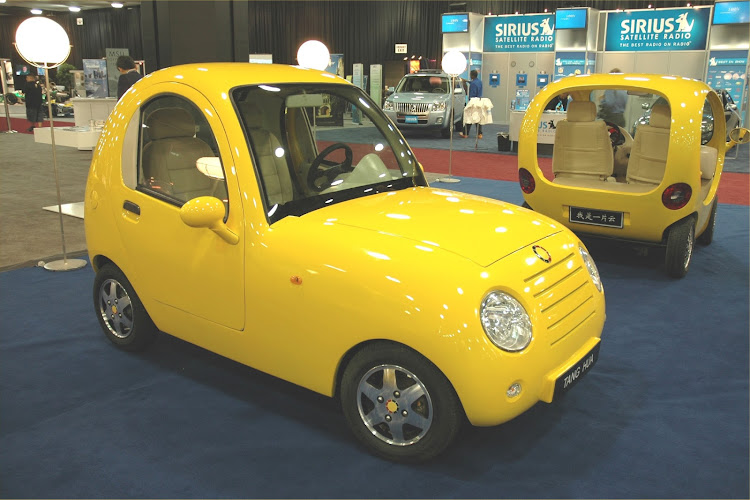 We’re used to car names that roll off the tongue easily, like Toyota Corolla or VW Polo. But not every carmaker keeps it this simple and straightforward.

There have been some mad monikers and hilarious mistranslations over the years, hailing particularly from the Far East.

Yes, this is an actual car name, and the Chinese concept car is as peculiar as its moniker. Shaped like a funfair ride, or perhaps a clown shoe, the electrically powered two-seater appeared at the 2008 Detroit motor show to an incredulous response.

Tang Hua didn’t stop there with the weird names. The Book of Songs was joined on the Detroit stand by cars called the Detroit Fish and Piece Of Cloud. None of them made it into production as far as we can tell.

Wow indeed. It stands for Wonderful Open-hearted Wagon, and in 2015 Honda created this concept car as a dog-friendly car by placing a mesh-covered box where the cubbyhole would normally be, as a compartment where a small pooch could sit without distracting the driver. 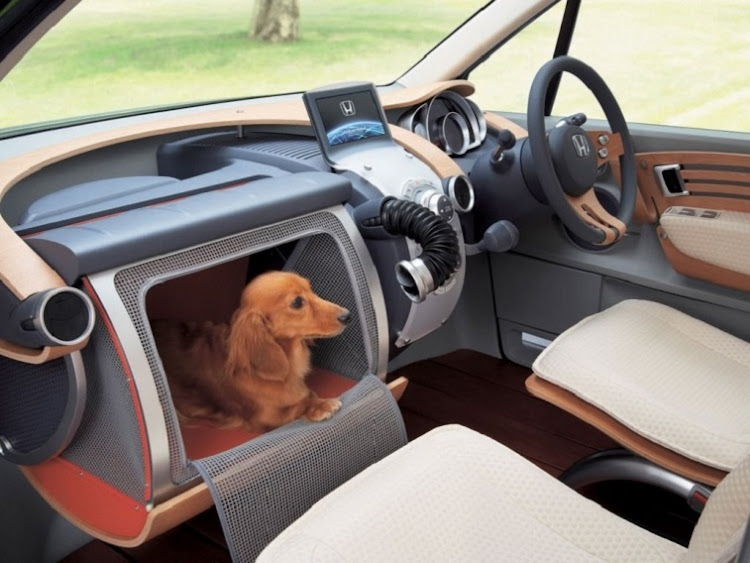 It had a larger canine carrier in the back if you wanted to take along your Rottweiler as well, and there were extra vents blowing fresh air into the cabin to deal with dog breath (and drool).

A wagging good idea or barking mad? We never got to find out, as the concept car never went into production.

This Chinese copy of the AUS-made Humvee military vehicle is called the Dongfeng EQ2050 Mengshi, meaning “Brave Soldier”. It was initially made for the Chinese army but Dongfeng also made civilian versions, like GM did with the Hummer.

The name of this respected Japanese off-roader with a Dakar-winning heritage is meaningless and perfectly harmless in most markets, but in Spanish “Pajero” rather unfortunately means “person who masturbates often”. Which is why in Spain and South America Mitsubishi markets the SUV as the Montero (which means “huntsman”). 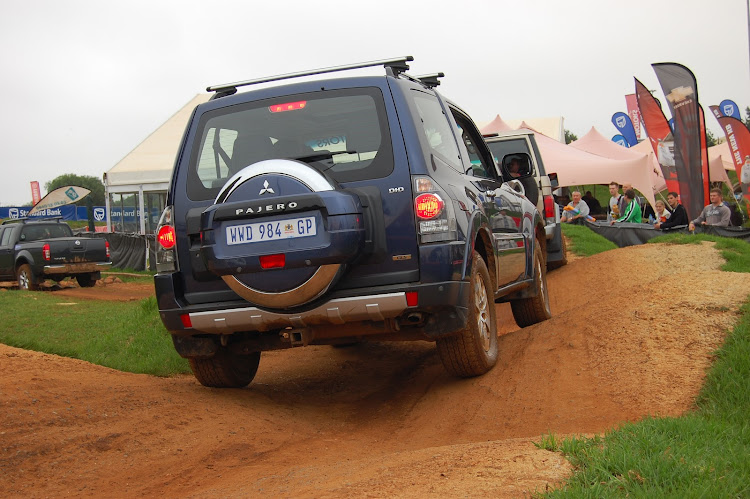 Pajero, a name not to be used in Spanish-speaking countries. Picture: SUPPLIED

Perhaps as a comeback to some bizarrely-named Chinese cars, Dongfeng decided to stick to a simple alphanumeric moniker for its two-door coupe — except it forgot the “simple” part. How do you tell friends around the braai you’ve just bought a “Dongfeng EE-cue-seven-two-forty-beepee”. Especially after a few beers.

Long before Harry Potter arrived on the scene, this mid-sized SUV sold in Japan as the Isuzu Mystery Utility Wizard though South Africans will recognise it as the Isuzu Frontier, which was sold here in the 1990s.

It was the forerunner to today’s Isuzu MU-X, the D-Max bakkie-based SUV that competes locally against the Toyota Fortuner and Ford Everest.

The Isuzu Mystery Utility Wizard was known by many names worldwide, including the Vauxhall Frontera in the UK and Isuzu Amigo in the US, but the reasoning behind its unusual Japanese badging remains, well, a mystery.

Apparently a car for vegans, the Minica was a kei (mini) car produced mainly for the Japanese market from 1962 to 2011. The Lettuce was a 1989 variant with a single door on the driver’s side and two doors on the passenger side, an asymmetrical layout later adopted by the Hyundai Veloster. 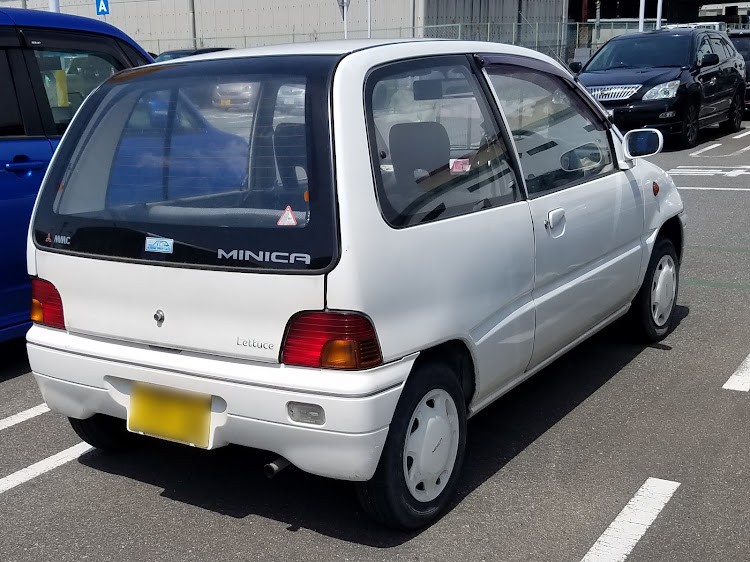 The Lettuce was a hatch with a single door on the driver’s side and two doors on the passenger side. Picture: TOYOTACORNAEXSALOON

The vegetable-inspired name may have its origins in the fact that the Minica Lettuce was developed together with a supermarket chain, which also sold the car directly.

German cars aren’t immune to weird names, exhibit A being the VW Thing. The bare-bones off-road convertible, originally built for the West German army as the Type 181, was also available in a civilian version from 1968 to 1983 and was marketed under various names in different markets including the Kurierwagen (courier car) in West Germany, the Safari in Mexico and the Thing in the US.

The name of this Czech brand, which was taken over by VW in the 1990s, translates as “a pity” or “too bad” in the local lingo. Not the most inspiring name and it inevitably conjured jokes of the order of “You bought a Skoda? Too bad” back in the day. In truth there’s no exotic or mysterious story behind the badge; the company simply shares its name with its founder, Emil Skoda.

Another none-too-inspiring car name, given that it refers to a mischievous creature that causes malfunction of equipment. Not that customers seemed to mind. The small hatch built by American Motor Corporation (AMC) for the US market sold more than 670,000 units. 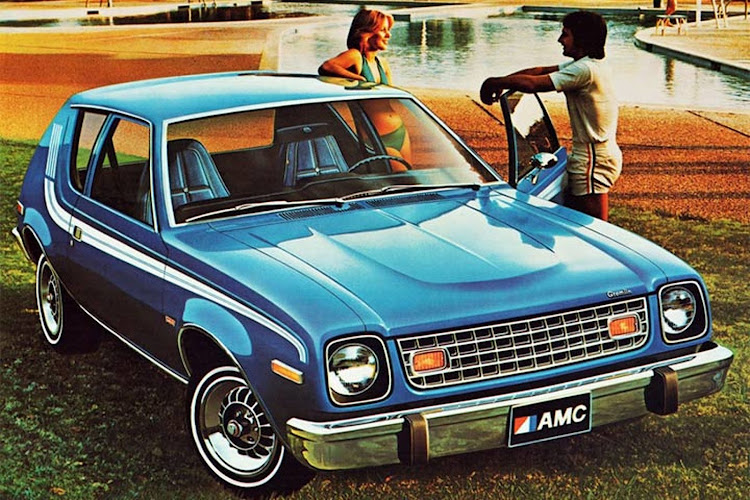 These are the 10 most searched-for used hybrids in SA

Fancy adding some voltage to your octane? Many motorists do and these are the models that flip their switches the most, writes Brenwin Naidu
Motoring
1 year ago

Being stuck at home for 21 days isn't necessarily a bad thing - especially if you have been itching to dip into the exciting world of sim racing.
Motoring
1 year ago