Take Risk: Richard Noble on living at the speed of sound 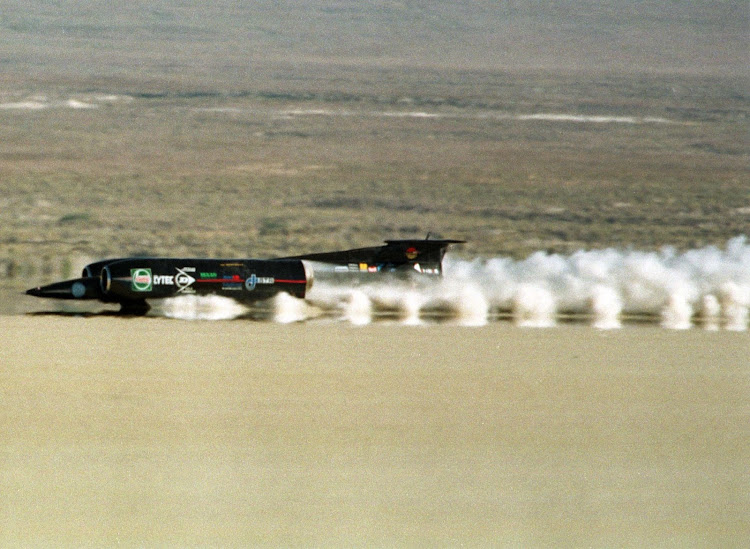 Noble was project leader of Thrust SSC, the car that set the existing land speed record in 1997 and went faster than the speed of sound. Picture: REUTERS

Speed king Richard Noble can rightfully be described as someone who lives and breathes his passion to the full.

A former world land speed record holder who built his first jet car, Thrust1, at the age of 28, Noble was the project leader of the 1,228km/h land speed record set by Thrust SSC in 1997 — the first time the sound barrier was broken by a car. He is also the brains behind the Bloodhound land speed project — subsequently taken over by new owners — which aims to beat that feat in SA’s Kalahari Desert in the next couple of years.

The high-velocity tale of this British entrepreneur is told in a new book called Take Risk! in which he shares behind-the-scenes insights into his projects and explains the challenges in bringing them to fruition. 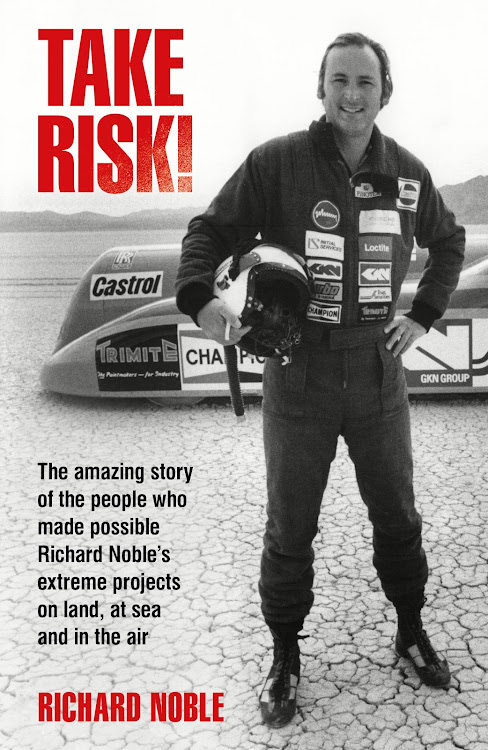 The book, which includes photos and illustrations of Noble’s various derring-do efforts, is described as being different from the traditional “speed merchant” genre. Noble’s ambition was to see Britain excel in engineering on the world stage, and sought to play his part in this not just with highly publicised efforts in the world of record-breaking on land and on water but also in creating innovative new aircraft.

The book tells the stories of his 11 projects in record-breaking and aviation that all saw people and companies go out of their way to join him in his exciting endeavours, and take risks.

“Without the people and companies I include in the book, none of my record attempts would have been possible. I think that their story needs to be told, to be shared with those who have followed these record attempts and who rightly feel pride that the land speed record is still held by a British vehicle,” says Noble of the book.

Eric Verdon-Roe, chair of Take Risk! publisher Evro, says: “Whether you read or listen to Richard describing his experiences, you will be captivated by his determination to overcome seemingly insurmountable setbacks. Like the man himself, his book is fast-paced and enthusiastic — it is a most enjoyable and inspiring read.”

Take Risk! is available in e-book and hardcover formats.