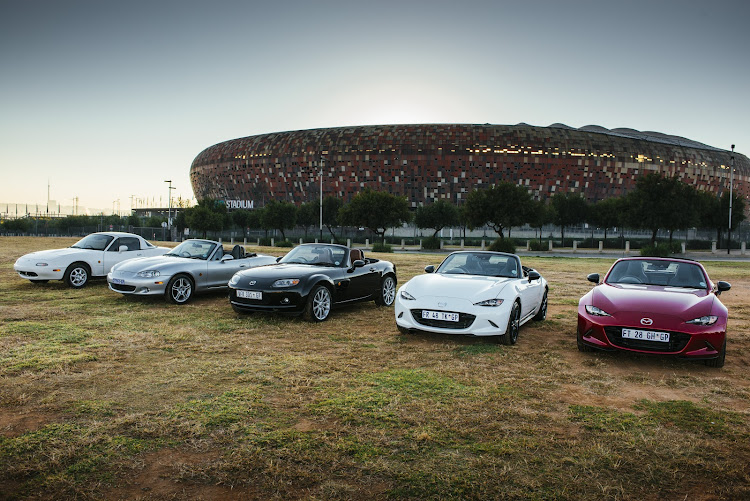 Join us as we take a gander back at some of our automotive endeavours from days gone by. This week, the time machine takes us to June 25, 2017, when we assembled all generations of the venerable Mazda MX-5, with the help of enthusiastic owners. The Mazda brand wields an admirable resilience. An indomitable spirit that has seen it bounce back from a series of misfortunes. Foremost one calls to mind the devastation of war. In the wake of the atomic bomb dropped on Hiroshima in 1945 the company was essentially forced to start from scratch.

Despite a setback that would render any enterprise dead, what followed is an illustrious history peppered with innovation. The automaker became known for achievements like the rotary engine, whose speculated return continues to fuel forum commentary. They took on Le Mans and blitzed the hallowed circuit, clinching victories and setting records. Some of the seasons under ownership of the Ford Motor Company are perhaps parts of their history they would rather forget. And yet, after an acrimonious split Mazda once again managed to regain its step. One of the elements underpinning a return to form was the birth of the fourth-generation MX-5.

The good old MX-5: where exactly does one begin when addressing the impact of the best-selling roadster on the planet, as evidenced by those Guinness World Record books? Obviously, we would have to begin right at the start, with the 1989 genesis product. So, we did. A community of fervently passionate MX-5 owners — among them, industry colleagues — convened for a morning breakfast run and photography session. This offered a physical timeline of the fascinating evolution seen by the iconic roadster. And in some ways, it affirmed the truism that the more things change, the more they stay the same. 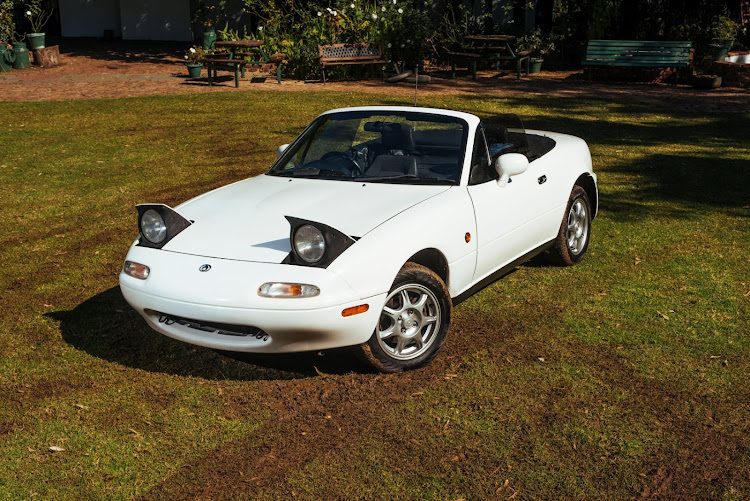 If the British invented the lightweight, two-seater roadster, then the Japanese perfected it. The year was 1989. The Berlin Wall had fallen. SA was on the cusp of democracy. And the world was about to see a revival of the small, affordable roadster genre.

The recipe was simple. Minimal mass. Rear-wheel drive. Entertaining (and safe) dynamics. Something novices could exploit without awry endings. Something that could reward the skilful helmsman. And it needed to be relatively cheap. It was all those things, as the press noted, following the debut of the model at the Chicago Auto Show in 1989. 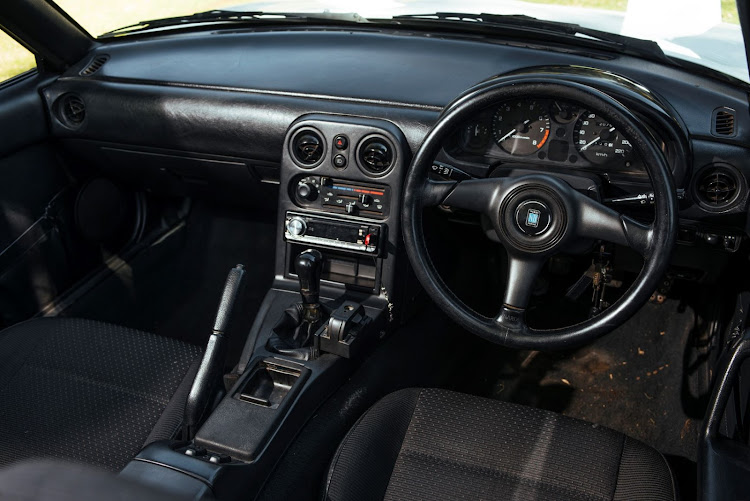 Tipping the scales at a modest 980kg, power came from a choice of 1.6-litre or 1.8-litre engines, with a five-speed manual transmission. SA Car magazine (December 1990) described it as a “red-blooded sports car of the real old school benefiting from modern refinement, build-quality and reliability”.

Everybody loves the doe-eyed expression of an NA-generation MX-5. Sadly, the model was brought to SA in tiny volumes and the local popularity of the MX-5 would only get into full swing with the arrival of the next model. 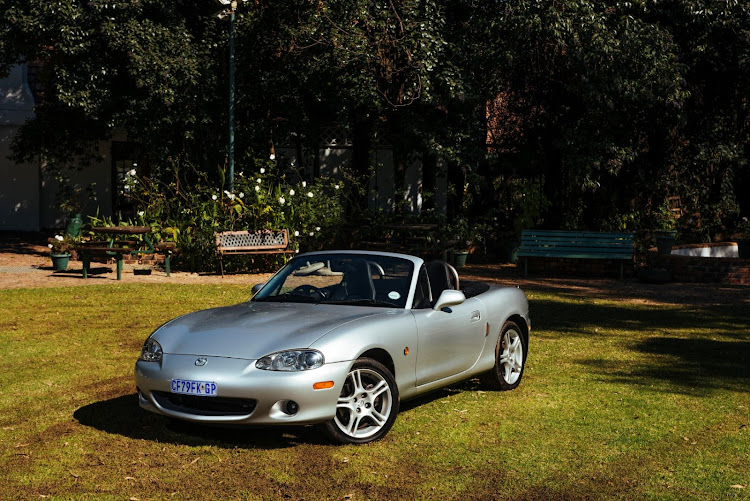 Every model has a generation regarded as the pinnacle of its lineage. And in the context of our market, the second-generation (NB) MX-5 is held in such esteem: it is not as rudimentary as its predecessor and is expectedly more attainable than succeeding models.

The NB shed most of the cutesy styling elements of its forebear, ditching the rounded countenance for a more streamlined visage. Additional length and girth translated into a roomier interior. The specification for our market was impressive. Standard fare included leather upholstery and heated seats. But while the NB may have gained heft and kit, it did not dilute the characteristics that made the first model a hit. 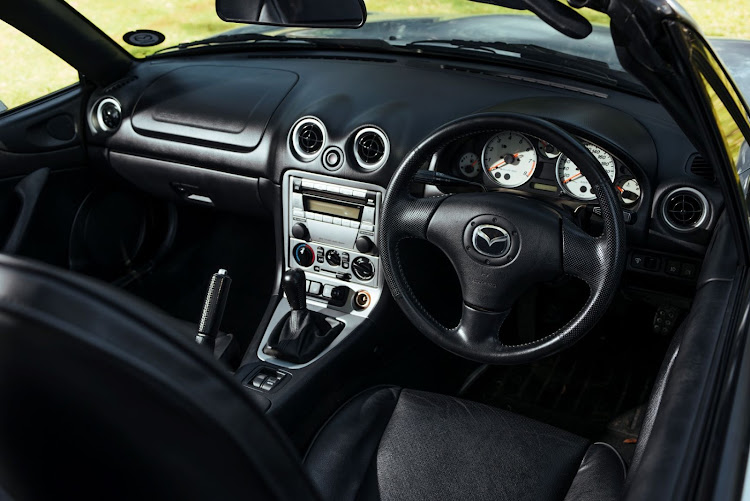 Arguably, it further distilled the experience. Power came from a tweaked version of the previous 1.8-litre unit, with a six-speed manual transmission. A stint behind the wheel enlightened its driver as to what the essence of spirited and engaging motoring is all about.

From the short-throw gearbox, to the zingy four-cylinder soundtrack, the NB is a hoot to drive. It was among the first cars that exposed this humble scribe to vehicular control, specifically, a 2003 Garnet Red model my parents bought. Little did they know on weekdays it would be borrowed by a teen who had a licence with ink that had barely dried. 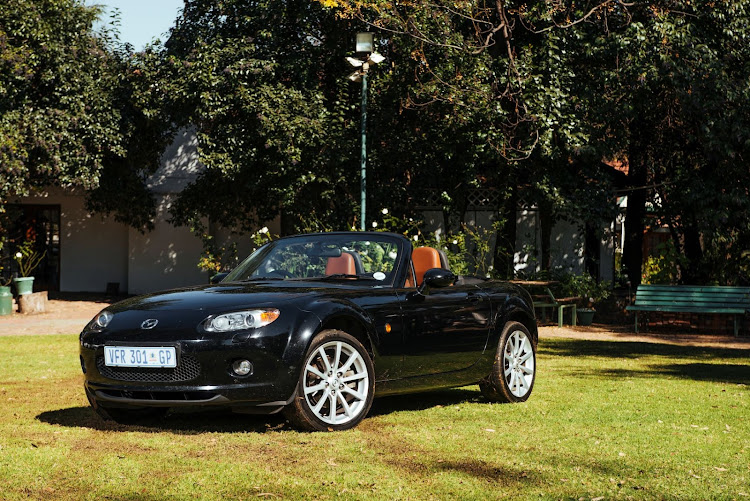 Increases in size are inevitable with the progression of any model range. And generation three (NC) certainly looks pudgy compared to its slimmer forerunners. The bulkier NC carries a substantial amount of baking yeast — even in the engine department, where displacement went up to a 2.0-litre capacity.

This is paired with a six-speed manual gearbox. The model was purported by Mazda to be entirely new, sharing no components with the outgoing NB. And the engineers received due acclaim for their efforts, as the NC was hailed the champion in the 2005 Japanese Car of the Year awards. But with the former pair as frames of reference, one could tell that the model had sought to adopt a decidedly more sophisticated character. 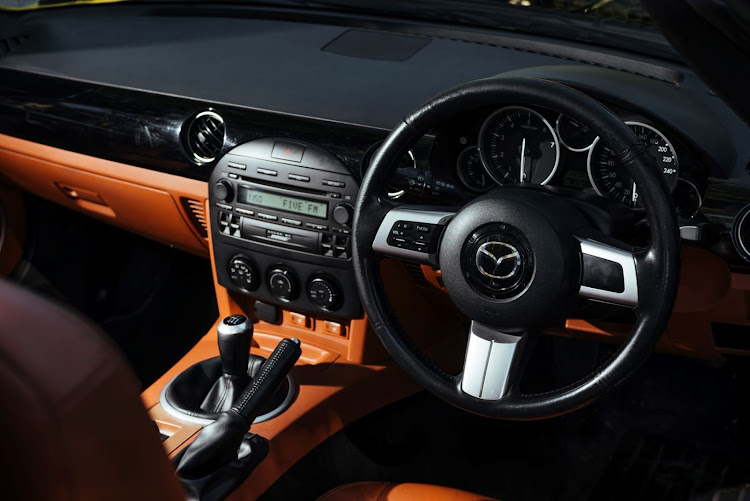 This was the middle-aged MX-5, mature, softer. Enthusiasts can debate as to whether it remained true to the sensations of the original. That grown-up persona was cemented when Mazda decided to launch a model with a folding-metal hardtop in 2008. Since the MX-5 moniker became synonymous with impeccable balance, the introduction of such a variant was bound to raise eyebrows.

An upsetting of the recipe seemed inevitable, given the extra mass of a complicated ceiling system. Still, the NC was special, particularly since it coincided with the 20th and 25th anniversaries of the MX-5 nameplate. It was also the first generation of the model to receive a noticeable upgrade in the middle of the production run, taking on then-contemporary Mazda cues like the grinning grille as seen on the 3 hatchback of the day. When viewed alongside its successor, however, the desirability of the newer product is unequivocal ... 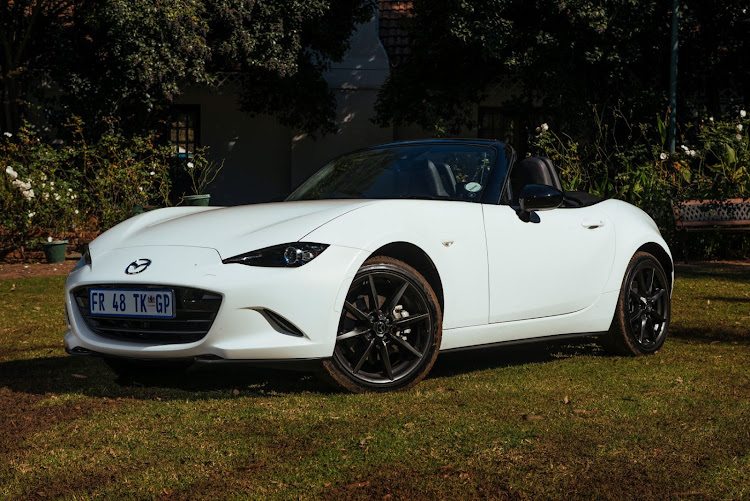 The same but very different: 2015 to present

In our first report on the fourth-generation Mazda MX-5 (ND), we concluded (gushingly) by deeming it one of the finest technical achievements of the decade. We stand resolutely by the conclusion. In the landscape of complex, future-forward automobiles, the simplicity of the ND poses an intelligent and simple riposte. Yet it still satisfies all the important safety and emissions criteria — and certainly lacks for nothing when it comes to technological essentials.

That it weighs a negligible amount more than the first iteration is telling. And this translates into a driving experience that few (if any) can match at the price point. The 2.0-litre, four-cylinder is sparklingly responsive, complemented by a six-speed that recalls bolt-action motions, clichéd though that may be. 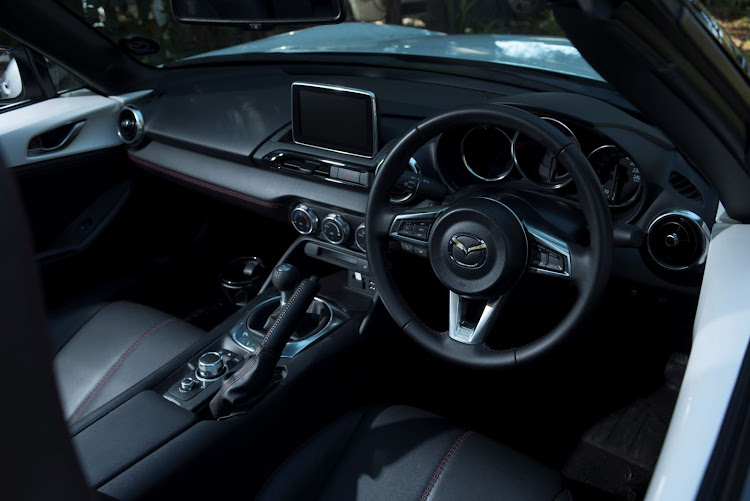 The inevitable grin you will be wearing attests to all this lyrical waxing. No doubt, Mazda has created something magical in the latest model on the timeline. An act that will be hard to beat when the replacement is due. But if, for some reason, you want to diminish the crux of what the new MX-5 is about, Mazda will offer a solution. 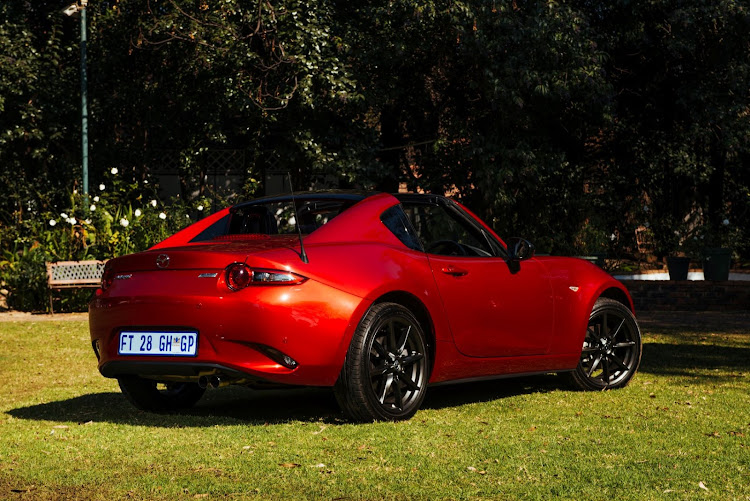 The MX-5 RF (pictured top in Soul Red) offers a semi-fixed C-pillar section and a partially opening top, which, as you know, adds weight to what was a perfect mix. And it is also available only with an automatic transmission. Steer clear of this variant and go for the regular roadster: it stays faithful to the core of the original and we cannot reiterate enough just how fantastic it is to drive. Long live the MX-5!

#ThrowbackThursday: Audi RS3 vs BMW M2 vs Mercedes-AMG A45

#ThrowbackThursday: A trip to Welkom in five premium sedans

Join us as we take a gander back at some of our automotive endeavours from days gone by. This week, the time machine takes us to April 24, 2016, when ...
Motoring
2 years ago

#ThrowbackThursday: Basking in the African sun with nine convertibles

Join us as we take a gander back at some of our automotive endeavours from days gone by. This week, the time machine takes us to September 25 2016, ...
Motoring
2 years ago