WATCH | Dream cars from the Mercedes-Benz Museum on Instagram 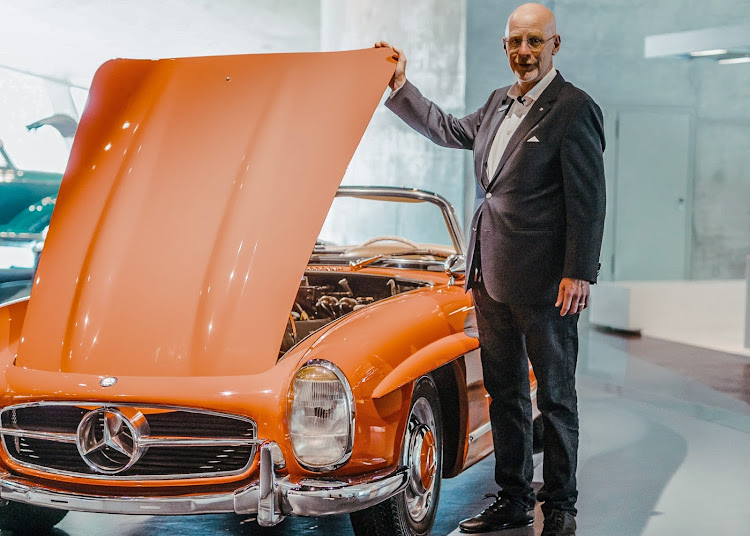 The Mercedes-Benz 300 SL Roadster is one of the dream cars featured in the virtual tours.
Image: Supplied

At the beginning of May, the first episode of a new video series from the Mercedes-Benz Museum went online on Instagram TV.

This dynamic peek behind the scenes has already been very well received by followers. Only a few days after the series went online on Instagram TV, the video had already been viewed 220,000 times.

Welcome to our brandnew series "Exclusive Insights: The Cars of the MB Museum"! Over the next weeks we'll be taking a closer look at seven vehicles in our museum. Unlike in our regular tours, we'll be opening the doors, we'll be looking under the hood - that's something we have never done before! First one is the Mercedes-Benz 500 K with a supercharged straight eight 5-Liter engine! #MBmuseum #mercedesbenz #500K

The series will now continue at a regular pace with exclusive insights, and a new episode will be released every week. The series consists of video clips approximately six to nine minutes long in portrait format, which means they are ideally tailored to the screens of smartphones and tablets.

The automotive stars of this new digital offering are dream cars from Mercedes-Benz, contained in the Legend and Collection rooms of the Museum. The selection ranges from the impressive Mercedes-Benz 500 K Special Roadster from the 1930s to the 123 model series 300 TD lifestyle estate from the late 1970s, and a legendary racing car is included, as is an electric vehicle.

In all the episodes, museum guide Pádraic Ó Leanacháin takes viewers on exploratory journeys behind doors, under bonnets and into the history of motor car development.

These are the seven episodes of “Exclusive insights: The cars of the Mercedes-Benz Museum”:

This open sports car is a blend of elegance and sporty performance. Among the exclusive insights in the video are the supercharger and the seat with a folding cover in the rear, which has a very special name.

Explore another legendary dreamcar in the brandnew series "Exclusive Insights: The Cars of the @mercedesbenzmuseum! Today we show you the Mercedes-Benz 300 SL Roadster, with regular doors unlike the famous 300 SL #gullwing. Sit behind the wheel with us, open the hood and enjoy this beauty! #MBmuseum #mercedesbenz

In 1957, the 300 SL Roadster replaced the 300 SL Gullwing from 1954 with its characteristic top-hinged doors. The video tells the story of the design solution that made the open-top sports car possible back then — and where, in contrast to the coupé, the petrol filler is.

The unusual name of this generation of the Mercedes-Benz SL came from the shape of the optional hardtop. The video also reveals why the “Pagoda” was a milestone in the history of passive safety at Mercedes-Benz.

The video is scheduled to go online on  May 18 on the Instagram channel @mercedesbenzmuseum.

One of the secrets of this electrically powered super sports car was the “SLS eSound”, a sound system specially developed for the vehicle. In the Instagram video clip, Ó Leanacháin opens the doors of the car, and shows the interior and what is hidden under the bonnet. The video is scheduled to go online on May 25.

The V8 engine used in this high-performance saloon was taken from a very special Mercedes-Benz motorcar. On Instagram TV, viewers can also learn more about the performance of this S-Class predecessor at sports car level, as well as its top-of-the-class comfort and spaciousness.

The video is scheduled to go online on  June 1.

Carlos Sainz could be a surprise package when he teams up with Charles Leclerc at Ferrari next year, according to the Spaniard's former F3 boss ...
Motoring
1 year ago