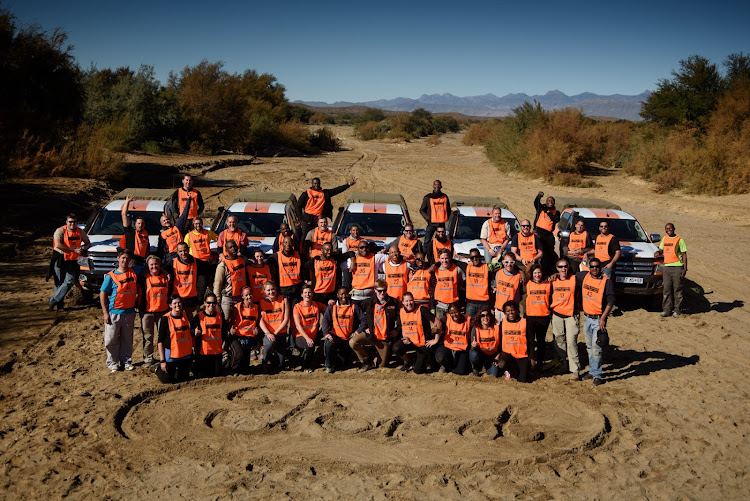 Join us as we take a look back at some of our motoring endeavours from days gone by. This week, Brenwin Naidu flips the calendar to June 26, 2015, when he wrote about his participation in the first leg of the gruelling Ford Ranger Odyssey. The expedition saw him run a marathon in a pair of loafers. Luckily, he has since quit smoking. Part two, about the Namibian section of the adventure, will be published next week.

The success of a campaign such as the Ford Ranger Odyssey cannot be fully determined by company bean counters. It might be a costly exercise, but it nurtures something rather important: brand equity. One could argue that the Odyssey, now in its third year, has played a role in helping the Ranger gain further traction on the sales scene.

Not long ago, the unthinkable happened, when it was announced that the American bakkie had outsold a beloved and perennial top performer from Japan. Expeditions such as the Odyssey shape perceptions and assist in etching the virtues of a product in the minds of potential buyers. Volkswagen has done it with the Spirit of Africa and Toyota hosts the Rust de Winter off-road challenge. But the Odyssey seems to be more demanding than the expeditions from rival manufacturers.

Actually, you could liken it to conscription. We were invited to cover the 2015 Odyssey, which has two components. The first is a three-day boot camp in the Western Cape, with the final challenge taking place over 12 days in Namibia next month. Straws were drawn in the office and this scribe picked the shortest. 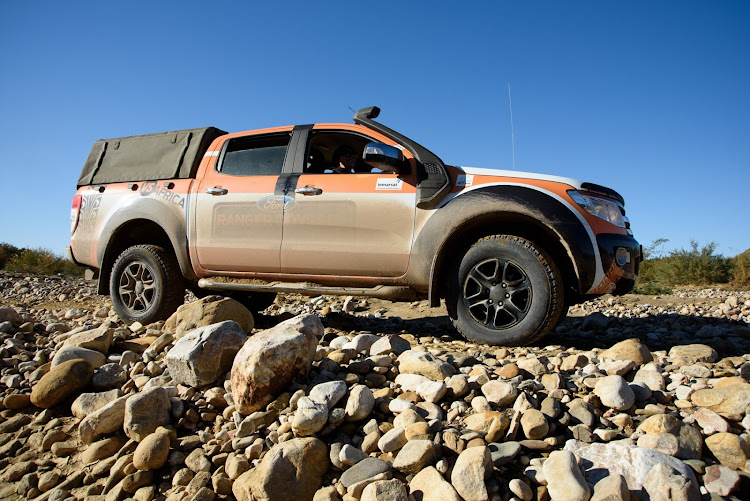 Conditions were grueling to say the least.
Image: Supplied

But being the eternal optimist, my fears were promptly shrugged off. I was not even perturbed by the warning on the itinerary — in upper case — to pack enough warm bedding and comfortable shoes. I picked the mothballs off my sleeping bag. I packed the bare necessities, slipped on my most comfortable pair of black Dune loafers and headed to the airport to start my journey to Prince Albert, Western Cape.

Little did I know that choice of footwear would be sorely regretted — and the cause of an (admittedly) funny nickname from my colleagues. The Odyssey receives about 11,000 entries from around Africa. The number is whittled down to 40 for the boot camp, then cut down to 20 for the final round of the challenge.

In addition to the glory of braving the wilderness, the winner receives a Ford Ranger for a year and a monthly fuel allowance. One of the factors that sets the Odyssey apart is that the assessment criteria is not solely based on participants’ driving ability on the rough stuff. The ability to work in a team, resourcefulness, a willingness to take instructions and leadership skills are strongly considered.

The experience echoed those many school camp outings, albeit with an off-road driving twist. After arriving in Prince Albert, we were briefed by a team of instructors with steely expressions and demeanours that hinted at a possible military background. I knew then that things were going to get serious.

And things definitely got more serious when we were told to carry our luggage and the tents we had been issued to a campsite 3km away. We motoring scribes huffed, puffed and struggled through the small town. The way the other contestants had packed — armed with special camping backpacks and outdoor regalia — proved we were not adequately prepared for this. We pitched our tents, set up camp and psyched ourselves for the challenges that lay ahead.

Thankfully, my camping partner was a regular outdoorsman, so I left the accommodation-building duties to him while I set up the foldable camping chairs. That’s teamwork. It was encouraging to see such a varied spread of nationalities, in addition to the usual diehard bakkie-loving candidates you might expect. There was a woman from Angola who drove rally cars at the weekend, a pharmacist from Ivory Coast, a film producer from Mozambique and a mom from Pietermaritzburg who swore by the capabilities of her Fortuner. She changed her stance pretty quickly.

We awoke the next morning at 5am. The hardy instructors arrived and herded us into the fleet of Rangers — where we were going, they refused to say. It was freezing. Jumping into the vehicles, whose climate control temperatures were set to a usually chilly 16°C offered some relief; that was the extent of the iciness outside. I would soon understand that a pair of sneakers may have served me better than my beloved loafers. Our bakkies stopped somewhere out of town. Many nations were represented at the Ford Ranger Odyssey.
Image: Supplied

The instruction: get back to the campsite eating venue, about 9km away, within an hour and a half. Those horrible memories of being the fat child waddling at the back during PE lessons came flooding back. We all resolved that if we stuck together as a team, the instructors would not mind even if we were late. It was a test of teamwork, we deduced. And so we moved in solidarity, through the break of dawn in the stillness of the Karoo.

Despite the burning in my calves and my dying lungs, it was incredible. Being out there with nature: that is what events such as the Odyssey are all about. With all those healthy endorphins pumping and the warm and fuzzy feelings of camaraderie, we had made it. Smiles all round. May or may not have had a celebratory cigarette.

A large section of the Odyssey was devoted to the theoretical component of driving off-road. The short syllabus covered areas such as recovery equipment, correct driving techniques, vehicle inspection and convoy driving. It was remarkably comprehensive given the short time; it had to be, since these were skills contestants would need in Namibia. Of course, the knowledge would be futile without practical application. So, the next day, the instructors allowed contestants to get behind the wheel.

We journalists were rotated around various groups of participants as they drove through the picturesque but precarious Swartberg mountain pass. I had a religious experience here, because the contestant at the helm had never driven a right-hand drive vehicle before. Treacherous obstacles were created in the bed of a dried-up river for contestants to tackle. And despite a number of them having never attempted serious off-road driving before, there were no hassles.

Credit should also be given to the Ranger, which seemed to make mincemeat of the challenges on the day. According to Ford, in the three years the Odyssey has been around, no serious mechanical failures have been had by the vehicles. I wish I could have claimed that I avoided mechanical maladies. My ankle was left in a sorry state after that run, leaving me limping like 50 Cent for the remainder of our stay.

Minesh Bhagaloo, the jovial product communications manager at Ford, dubbed me the “loafer at boot camp” — a name that stuck. But we made it through the wilderness. And with my Odyssey virginity broken, I will be sure to take a proper pair of sneakers along to Namibia.