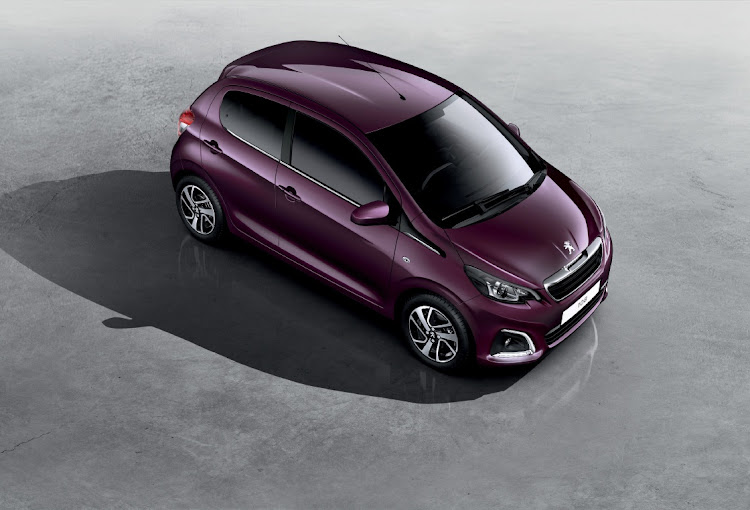 The Peugeot 108 was rated tops for safety among entry-level models priced under R200,000. Picture: SUPPLED

Out of a sample of 27 entry-level models priced under R200,000 that were tested from 16 different manufacturers, it was the only vehicle to include a curtain airbag, (it has six airbags in total) and was the only car to include all safety features considered in the report.

The AA’s report does not consider the structural integrity of the driver/passenger compartment but only whether the vehicles are equipped with features such as ABS, stability control and airbags.

Additional points are awarded to vehicles crash tested under the NCAP system. The 27 vehicles were categorised into three groups based on their safety ratings: Acceptable Safety, Moderate Safety and Poor Safety.

According to the AA safety in vehicles remains low in SA, though some positive developments in this regard have taken place.

The Association says it is encouraging that 26 of the 27 vehicles tested are equipped with ABS brakes and have front driver and passenger airbags.

“A significant finding of this year’s report is that only three of the vehicles are equipped with Electronic Stability Control. This is particularly concerning as ESC is a proven technology which can reduce road crashes. It’s astonishing and discouraging that so few vehicles come equipped with this technology as standard for entry-level vehicles,” notes the AA.

SA’s annual road fatality figures were 12,503 in 2019. The association notes that when considering that the annual cost of crashes in SA which is estimated at about R163bn, the inclusion of this technology should be standard practice not only from a life-saving perspective, but also from an economic perspective.

In 2019, the AA supported the #StopTheCrash partnership to demonstrate the effectiveness of, among other technologies, ESC and ABS. The technologies which were showcased have the potential to save thousands of lives every year, and the United Nations has developed international standards to help encourage countries around the world mandate these life-saving technologies.

Apart from an expensive replacment cost, losing a key could leave you stranded without wheels
Motoring
1 year ago

Tracker’s vehicle crime statistics for the year July 2019 to June 2020 indicate that hijacking is on the rise and remained prevalent during the ...
Motoring
1 year ago