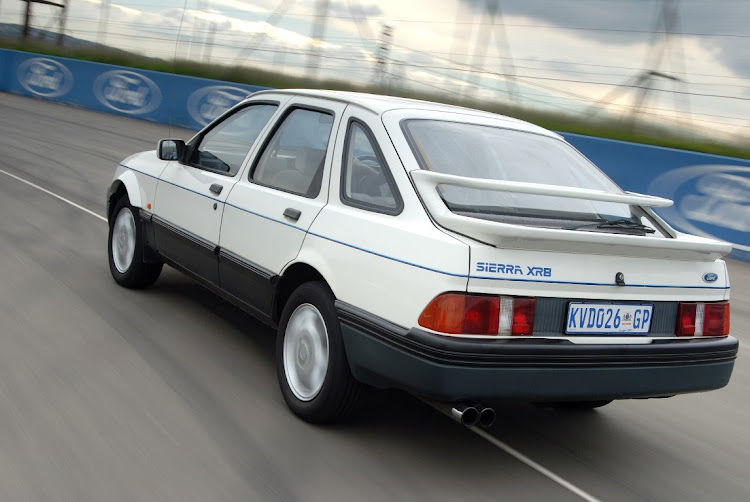 September is the month in which South Africans celebrate our heritage. When it comes to cars, there's a lot we can look back at rather fondly.

Rummage through the annals of our automotive history and you will find a fairly comprehensive catalogue of machines unique to our shores.

Although the Ford Sierra was sold in other markets around the world, its reputation as a performance car was cemented in SA under the project name ‘Toni’.

Perhaps the most well-known is the flagship Sierra XR6 that made good use of the 3.0-litre Essex V6 produced at Ford’s Struandale Engine Plant in Port Elizabeth. A race car for the road was conceived, with 112kW and 236Nm pushed through a chassis tweaked for sharper handling.

Those in the know will recognise that the Sierra XR6 was more than a little inspired by SA’s Cortina XR6,  and the more powerful and rarer Cortina XR6 Interceptor that preceded it.

When the Sierra XR6 ended production in 1992, it was replaced by the fuel-injected 3.0iRS the following year. By comparison, this model produced 117kW and 260Nm. The development of the fuel-injected V6 was a joint effort by the SA Motor Corporation (Samcor) and Lucas during the mid-1990s.

According to industry sales figures of the time, around 500 models were sold during the three years of production. 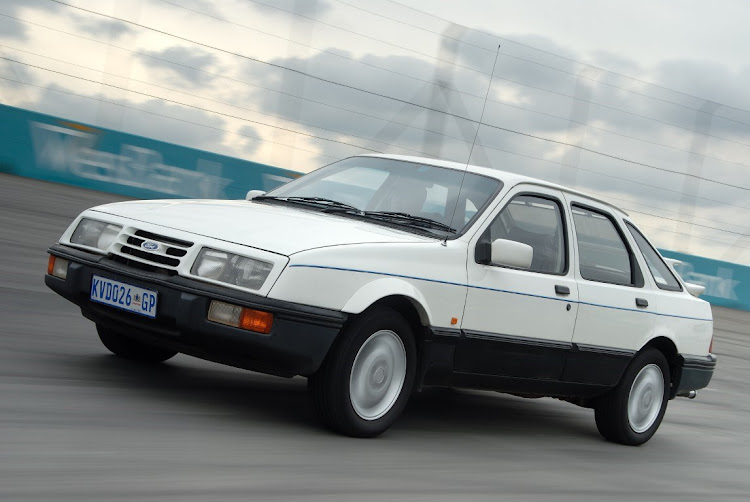 The Sierra’s most spectacular evolution, in the sense of a SA homologation, was the XR8 – a car often described as a SA muscle car and raced successfully in the 1985 Group 1 championship by John Gibb and Serge Damseaux.

Production in the mid-1980s was limited to just 250 units, decided by the "one-time-buy" component of 250 component sets.

Instead of the V6 engine, these XR8s were fitted with a Mustang-derived 5.0-litre V8 imported directly from the US. According to Classic Car Africa’s Stuart Grant, it’s said that Ford locally designed 96 components from new, while a further 150 were modified XR6 items.

The V8 was mated to a Granada five-speed manual gearbox with a shortened input shaft and disc brakes all round. Additional upgrades unique to the car included 15-inch Ronal alloy wheels machined to fit over the large brake disc calipers, and a massive bi-plane rear spoiler. All XR8s were painted white with motorsport triple blue pin-stripe and grey trim.

SA’s Sierra history was so groundbreaking at the time that immediately after sign-off, one Sierra XR8 was purchased for display at Ford’s World Headquarters in Dearborn.

The Blue Oval has taken the wraps off "Mandla", a special Ranger celebrating the statesman's life and legacy.
Motoring
1 year ago

The Audi 100 Coupé S: an overlooked style icon from the '70s