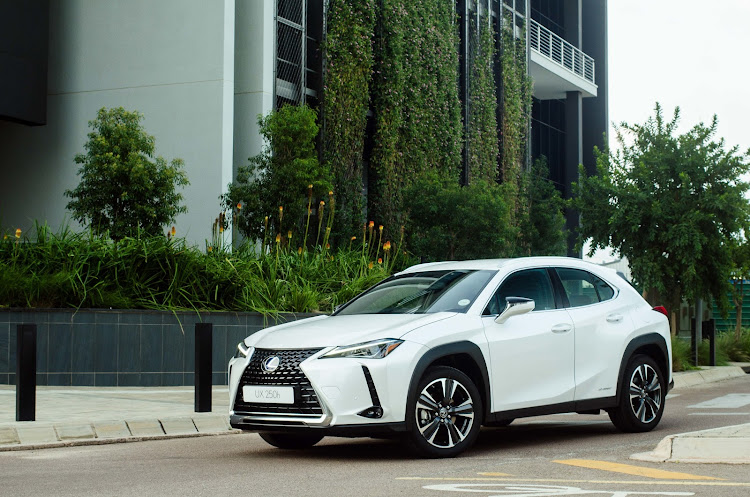 Dineshan Moodley was disappointed with the fuel consumption he said he got out of his Lexus UX 250h.
Image: Supplied

In October 2019 Dineshan Moodley signed on the dotted line for the Lexus UX 250h that he had been eyeing.

It was a new vehicle, purchased from the Centurion dealership of the brand – and was his first time owning a product from the marque. “It seemed like an interesting proposition, so I traded in my BMW 4-Series,” he said.

All was well until January 2020, when he claims the vehicle began to exhibit a curious knack of radio interference whenever the brake pedal was applied. In addition, he expressed reservations about the veracity of the vehicle’s stated fuel economy.

“The model was advertised as consuming 4.5l/100km, which was one of the reasons I bought it. The lowest I was able to achieve was 6.7l/100km. This is false advertising.”

In addition to complaining through the designated retail channels, his frustration compelled him to escalate the matter to the desk of Toyota South Africa Motors (TSAM) CEO, Andrew Kirby. A case had also been lodged with the Motor Industry Ombudsman of South Africa (Miosa).

At a meeting with management staff of the dealership in July, Moodley made three demands in a bid to get out of the UX 250h purchase.

He asked for a settlement of the outstanding balance for which the vehicle was financed (R541,452.53); a refund of the R67,000 deposit put forward from the proceeds of his trade-in, and lastly, for the associated administration costs to be covered.

At this point, Moodley alleged that service manager at the outlet, Zeyn Sarwan, had been unable to solve the issue or propose a solution.

A test drive with a technical manager from the customer liaison department, Charles Moloisane, and the service manager had purportedly taken place with Moodley present on October 15.

Their findings were outlined in a response sent on October 30. The report stated that two vehicles were used for a comparative test and to attempt to replicate the issue.

“The Corolla, with a different radio from the Lexus UX radio exhibited the same concern of loss of signal on the specific area indicated by yourself,” said the statement, sent by Nomvula Daphney Maluleka, working in the director’s office of the customer liaison department.

“A brand new Lexus UX from Lexus Centurion’s floor with an identical radio exhibited the same loss of signal, which was further affected by applying brakes as replicated on your vehicle.” 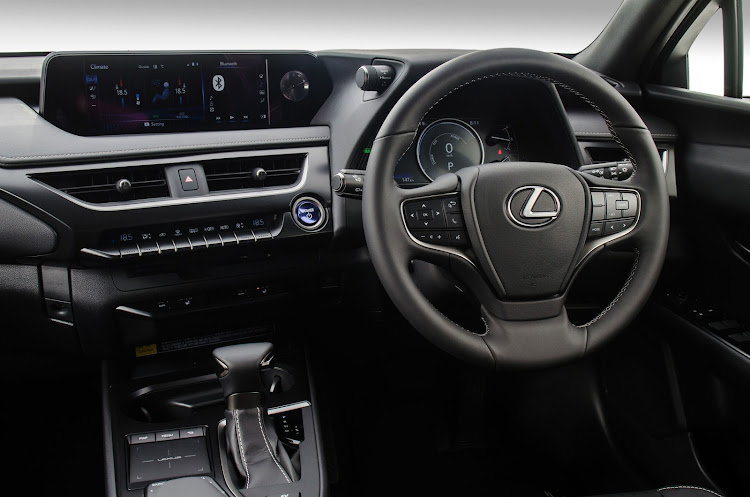 A separate issue with the car's radio was also experienced.
Image: Supplied

“This concern as described by you, could only be replicated on 94.7 FM station. In addition to the above, Mr Moloisane and Mr Sarwan had tested both the Lexus UX and Corolla Hatch around your residence (15 October) and at Colonnade area and no loss of signal could be replicated when playing Jacaranda FM.

“It is therefore our conclusion that the concern raised is limited to 94.7 FM station only. With the above said, Lexus South Africa can confirm that the above mentioned vehicle is commercially acceptable, therefore we will not meet your request for the vehicle to be taken back or to be refunded.”

Moodley did not accept the verdict and responded vehemently. “I was in the vehicle with them, there we had a discussion on the fact that the Corolla radio worked much better.”

He countered to the customer liaison department that the findings during the visit from the technician and service manager had been misrepresented. “Why does the radio signal break at all? This is the actual fault.”

Miosa stood by the report. Responding to our inquiry on November 24, the office said: “We tested the submission made by Lexus South Africa and Barloworld Lexus Centurion and found the method used to identify the reported faults to be in line with the industry norm.

“The fuel consumption was found to be within manufacturer specification, whereas the erratic radio signal was attributed to outside interference. Therefore the outcome of this test did not warrant corrective measures.”

A separate document from a customer relations case manager at Lexus records a fuel consumption test that had been performed on Moodley’s vehicle, where it registered 5.04l/100km over a journey that was 94.7km in length.

“TSAM – and by extension Lexus South Africa – expresses sincere gratitude to Mr Moodley for both purchasing a Lexus model and addressing his concerns about the vehicle as well as the ownership experience, thereafter,” said spokesperson Mzolisi Witbooi.

“However, TSAM would like to reassure your publication that it followed due diligence when it investigated Mr Moodley’s case. TSAM concluded that Mr Moodley’s vehicle is commercially acceptable, and Lexus South Africa will therefore be unable to meet his request to return the vehicle to the dealer for a refund.

“Mr Moodley has subsequently been given a trade-in offer for his vehicle and had advised that he will shop around and revert to Lexus South Africa.”

Moodley this week confirmed that he had purchased another vehicle. “I had to accept a loss as I was fatigued and frustrated. I’ve now taken delivery of an electric vehicle – a Jaguar I-Pace – and I’m very happy.”

Abi Garner had no qualms buying a second-hand 2014 Ford Fiesta ST with 34,000km on the odometer
Motoring
1 year ago