Would you pay R2.3m for this toy car?

There can be big money in tiny cars, as this avid collector discovered 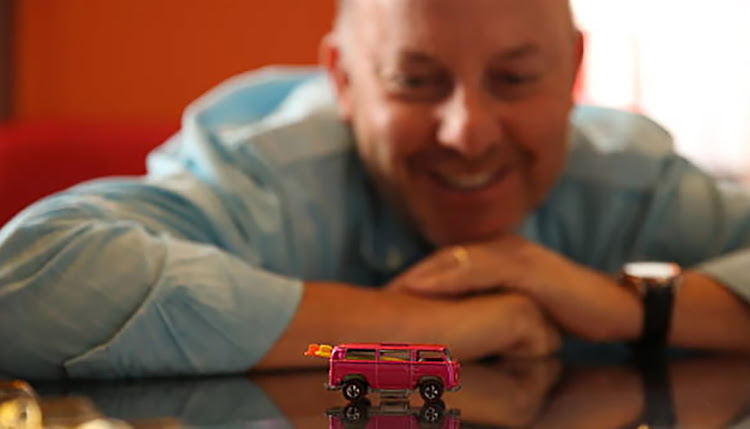 Bruce Pascal with one of the only two Hot Wheels pink Volkswagen Beach Bomb prototypes known to exist.
Image: Supplied

Would you pay R2.3m for a VW Kombi? How about paying that for a matchbox-sized toy?

That’s what this tiny Hot Wheels pink Volkswagen Beach Bomb prototype is reportedly worth - about double what you’d pay for a brand new, full-sized Volkswagen Caravelle.

. It belongs to US collector Bruce Pascal who was seven years old when Hot Wheels toy cars hit the market in 1968.

The small die-cast cars soon became the number one toy for boys, and Pascal spent his childhood racing and collecting them.

When he grew up, Pascal put his Hot Wheels in a cigar box at his mother’s house, where it collected dust for almost 30 years until he rediscovered it in 1999.

“That excited feeling I had as a boy was rekindled instantly,” said Pascal.

“My friend offered to pay me $200 for the cigar box. I declined and held onto the box and car, but it was his offer that made me start researching the value of Hot Wheels and pursuing collecting as an adult.”

His collection was growing by the thousands, but Pascal had his eye on the most valuable Volkswagen ever produced - the pink Volkswagen Beach Bomb prototype.

When Volkswagen and Hot Wheels first collaborated to make the model, it had a narrow body and surfboards hanging out of the back window. It was unable to stay upright when it rolled, so Hot Wheels redesigned the model, making the sides more weighted and moving the surfboards to the sides of the vehicle.

These redesigned models made it to production and were sold with a sticker sheet of flowers to decorate the vehicle, epitomising the 1970s “flower power” era. However, it is the original prototypes with the surfboards out the back window that are extremely rare, as only Hot Wheels employees had access to them.

The pink Beach Bomb prototypes are the rarest of all these models and there are only two known to exist. Pascal tracked down the owners and eventually acquired both  models. He has since sold one to a friend and collector, but the one in the best condition has stayed with him. 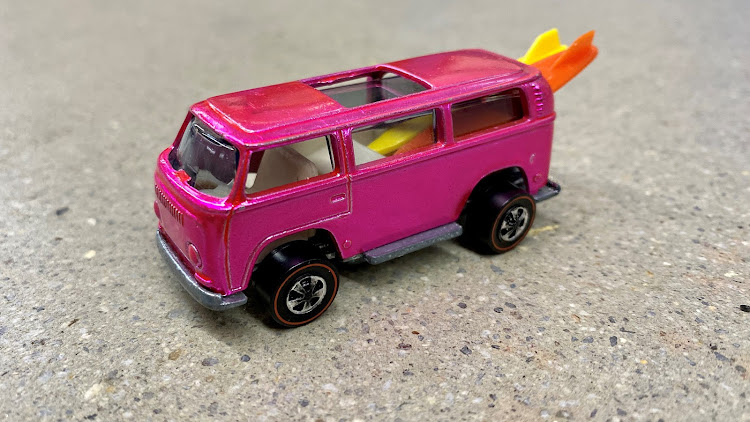 It's hard to believe this tiny toy is worth twice as much as a new, full-sized Volkswagen Caravelle.
Image: Supplied

Today, Pascal owns more than 4,000 Hot Wheels models and about 3,000 pieces of memorabilia, but the pink Volkswagen Beach Bomb remains his most prized possession.

This is well over the cost of most new luxury vehicles but for Pascal, the 1:64 scale Hot Wheels car was well worth it.

Pascal displays the model in his personal museum in Maryland, where he gives private tours to other Hot Wheels enthusiasts.

While many other car manufacturers have die-cast Hot Wheels models, Volkswagens - particularly the Beetle and Bus - are the most popular among collectors of all ages. The brand is developing 42 new Volkswagen models in 2020.

Famous toy bricks can be used to build pretty much anything, including a drivable Bugatti
Motoring
2 years ago

WATCH | A Bugatti 16-cylinder engine for your wrist

This McLaren Senna is a supercar for junior petrolheads

The Senna is McLaren’s most extreme car, named in honour of three-time Formula One world champion Ayrton Senna. Now youngsters can experience it too ...
Motoring
1 year ago