Despite the lockdown, there was a deluge of pickups launched this year 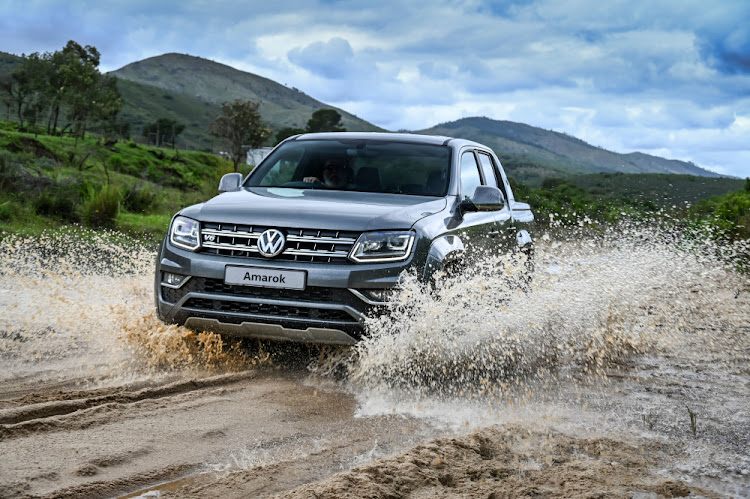 After many new-vehicle launches were delayed this year, motor companies have been playing catch up since the big lockdown.

Things have been especially busy in the bakkie market with the unveiling of several all-new or revamped pickups both locally and overseas. While nothing in 2020 shocked us as much as Elon Musk’s electric Cybertruck last November, there was plenty to interest and excite in the commercial-vehicle class, and here are 10 of them:

This long-delayed version of VW’s double cab arrived last month to take the title of SA’s most powerful pickup.

With 190kW and 580Nm of torque, the most powerful Amarok has a new 3.0-litre V6 turbo diesel engine with 25kW more power and 30Nm more torque than the outgoing 165kW version, with an overboost function that generates 200kW for 10 seconds.

These figures give the Amarok an edge over the soon-to-be-discontinued Mercedes-Benz X350d (190kW/550Nm), previously the country’s burliest bakkie.

The updated 2020 Navara is much more than just a facelift, and there are major updates to the one-tonne bakkie that will be assembled and sold in SA from 2021 (it’s been imported here since 2017). 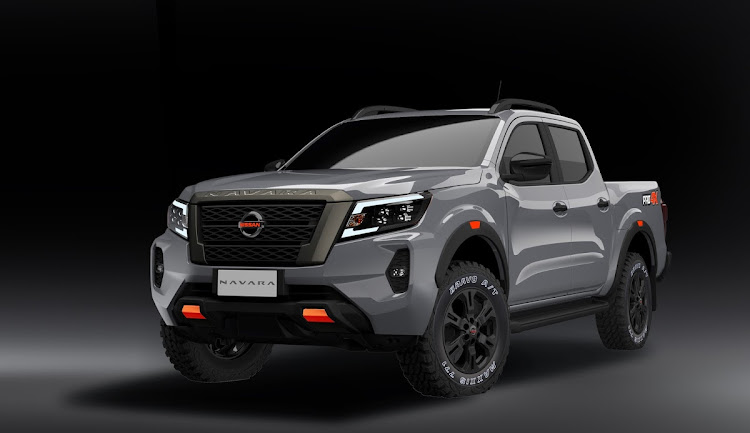 These include an increased payload capacity up to a class-leading 1.2 tonnes, enhanced steering, improved refinement, and a modern new interior with a redesigned instrument panel and improved connectivity. 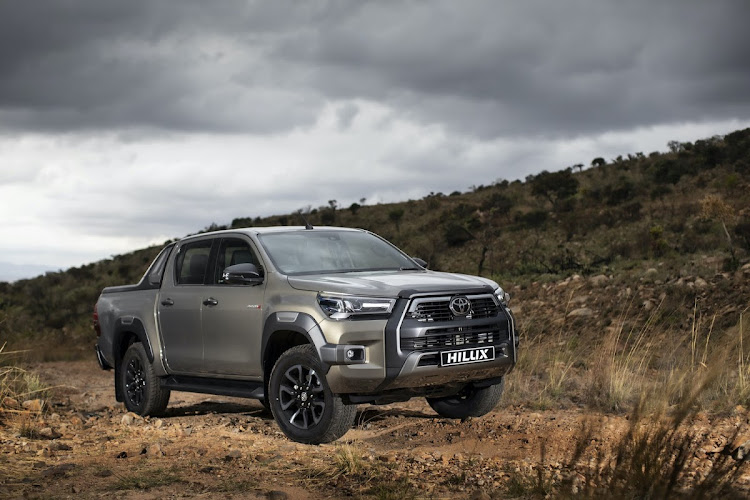 The Hilux adopts a more aggressive face including reshaped daytime running lights (DRLs) and a bulging black grille in some models.

Inside, the Hilux gets updated infotainment and Toyota’s standard in-car Wi-Fi hotspot and complimentary 15Gb data.

Ranger owners are known for their love of aftermarket styling kits and now Ford offers them a factory-fitted one called the Thunder. 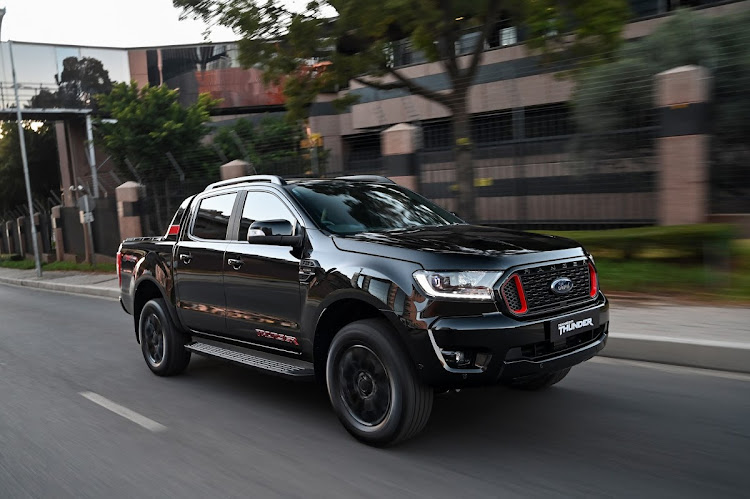 The new limited-edition Ranger Thunder, based on the Wiltrak double cab, is tarted-up with a new honeycomb-style front grille and numerous red accents — including for the side “nostrils” — and black 18-inch mags.

Inside, the leather upholstery gets red contrast stitching and the front seats have “Thunder” decals embroidered in red.

The sporty X-Rider cosmetic package formerly reserved for Isuzu’s D-Max 250 is now available on the range-topping 3.0 turbodiesel, but only in the rear-wheel drive version. 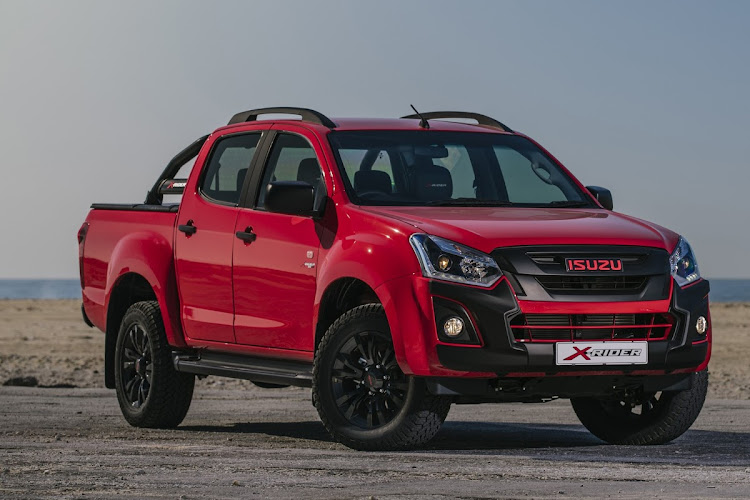 The stylish plumage includes a number of black elements including the roof rails, sports bar, running boards and wheels.

All 3.0 X-Riders come with a lockable tailgate with rear view camera, and a 3.5-ton tow bar.

Infotainment comprises a touch screen system in conjunction with a rear-view camera.

The Indian brand introduced new high-end S11 automatic models to its local range of Pik Up bakkies, previously only sold in three-pedal versions. 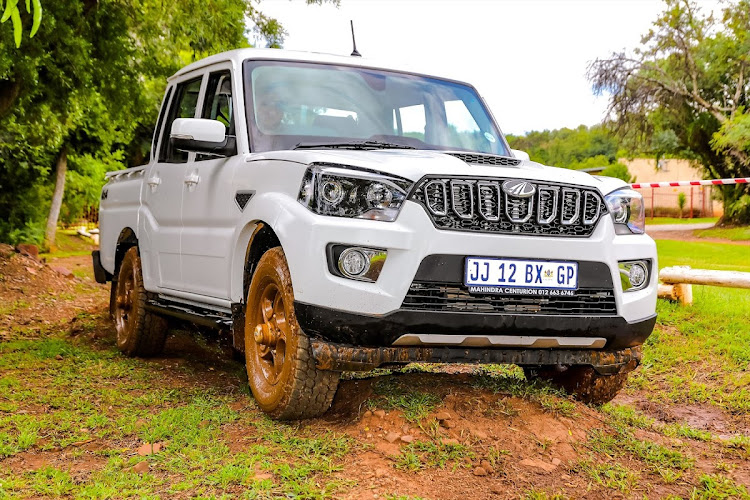 The S11 has cosmetic upgrades including a new grille and bumper, upgraded headlamps and other subtle changes to stand out as the range-topping model.

The S11 is also the first Pik Up model to get a reversing camera, adding to a fully loaded spec sheet across the range that also includes a new touch screen infotainment system with navigation.

The limited-edition Tribon Extreme, available exclusively as a 4x4 double-cab auto, was launched in SA as an edgier-looking version of the Triton. 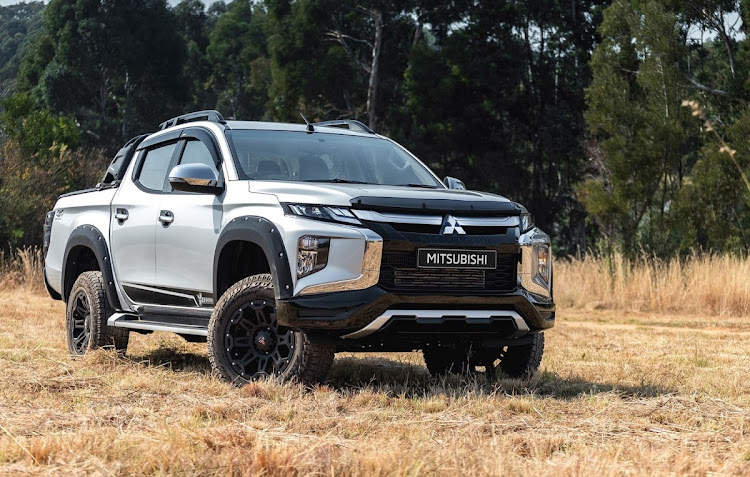 It has a distinctive new black bumper and grill combo as well as a bonnet protector and headlight covers, black mag wheels, a black Keko Sport-style bar behind the car, and a fender flare kit with visible bolts.

Standard kit includes a rubberised load box with a tonneau cover, and a tailgate that glides open on hydraulic dampers. Inside, it features Android Auto and Apple CarPlay with extra features to mirror smart devices.

Overseas, the Hummer brand has been revived with a very different spin to the original gas-guzzler: it’s now electrically-powered. 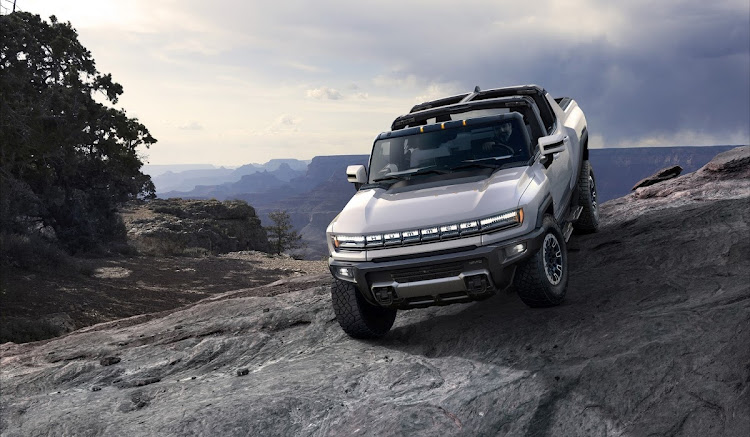 The planet-friendly American pickup doesn’t guzzle a drop of fuel, instead using three electric motors to churn out a burly 750kW of power via all-wheel drive.

It’s designed as the ultimate off-roader, with height-adjustable air suspension, front and rear wheels that can steer at the same angle for maxed-out manoeuvrability on challenging terrain, and up to 18 camera views to help navigate the big vehicle through tight trails.

The Hummer EV is unlikely to be offered in SA after GM’s exit from the country in 2017. 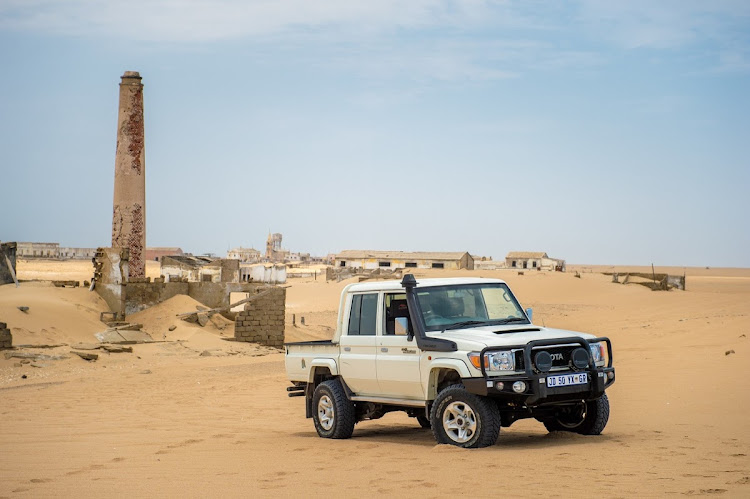 The rugged bakkie, available in single- and double-cab guises, has an overlanding accessory package for desert adventures shich includes a steel front bumper with a heavy-duty bull bar and headlight protectors, with LED spotlights.

The style package includes a front grille with a mesh design, stylised Namib badges on the sides, a tubular rear step with integrated tow bar, and protective loadbin skins.

The Land Cruiser Namib rides on upgraded off-road suspension and the dune-climbing power is supplied by a 4.5-litre turbodiesel engine with 151kW and 430Nm.

Built in collaboration with China’s Changan as a pickup for emerging markets, the one-ton bakkie is likely to go on sale in SA next year. 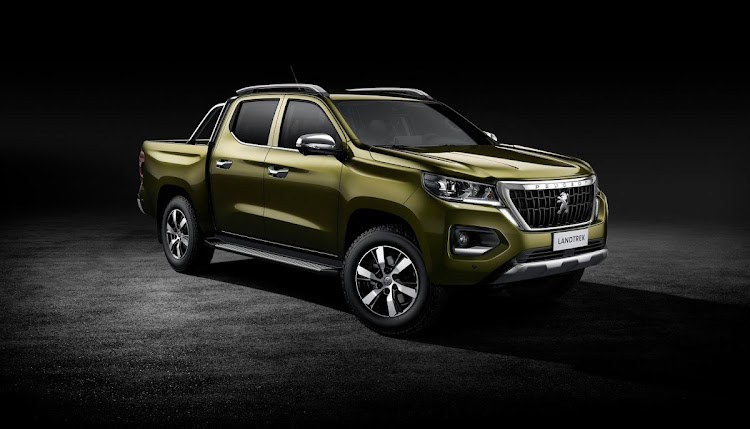 The Landtrek will be available in single cab, double cab and chassis cab models, with workhorse and leisure derivatives. It promises a 1.2-ton payload and 3.5-ton towing ability, and also the segment’s largest load box.

Rear-wheel drive and 4x4 versions will be available, with a maximum ground clearance of 235mm.

The modern interior features a high-definition infotainment system inspired by that of the brand's flagship vehicle, the Peugeot 508.

It is no secret that our market loves pick-ups. And the humble bakkie has evolved from workhorse to lifestyle companion, with contemporary ...
Motoring
2 years ago

New VW Amarok to be built in SA alongside the Ford Ranger, says source