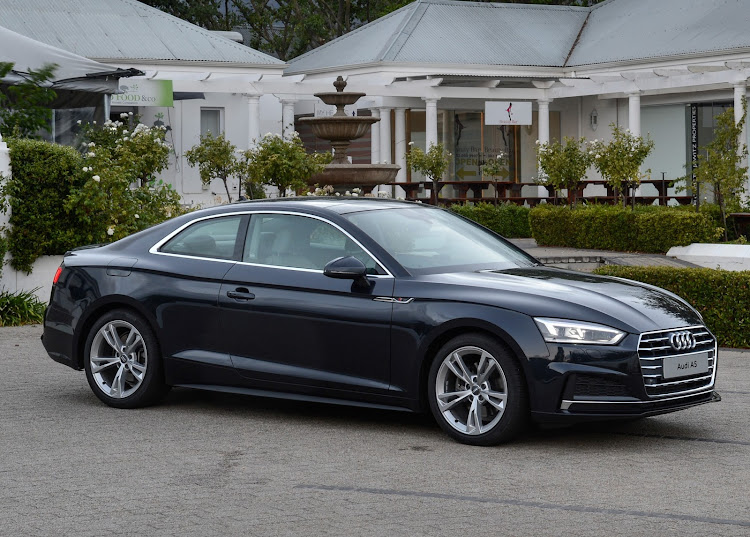 An Audi A5 similar to the one owned by our reader, Songezo Mbambisa.
Image: Supplied

My Audi A5 2.0 TDI broke down on January 5 2021, close to Beaufort West, where it lost power while on the N1. That on its own was a life-threatening situation as the car lost power while overtaking. Fortunately, I was able to complete that exercise and move to the yellow lane. The car was towed to Audi George.

On January 8, I escalated the matter to Audi SA’s Customer Interaction Centre (CIC). Since then, I was given different stories about what is happening with the car. The first diagnosis they gave was that the car was filled with petrol instead of diesel and therefore they had to change the fuel system.

Second diagnosis: the central control unit is damaged and they have to get a new one. The most recent, on January 25, was the car is unable to read the keys and I must pay R7,000 for the keys. After fighting with them, they eventually paid for the keys. After getting the new keys, the car was still not working and further diagnosis was required.

While I understand and respect that Audi SA needs to follow due processes to find out the issue(s) with the car, I am currently inconvenienced and have many times requested that I be allocated a courtesy car to be mobile.

I was promised a car but the decision has since been declined. My biggest concern is that this matter is affecting my finances. I am paying for the car through my employer’s car allowance scheme. The allowance is paid based on the business mileage travelled for the previous month. For the month of January, I had no business mileage travelled as I didn’t have a car to perform my travelling obligations. Therefore, for the month of February I will not be receiving my car allowance.

From the looks of things the car might not be ready any time soon. I might also forfeit my allowance for March. I have been inconvenienced and have paid travelling expenses to and from work out of my pocket.

I have not been getting joy from the CIC case manager, who has since told me that I can’t escalate the matter any further as she is the most senior person in the department dealing with the matter.

She also told me I can’t get the car back to Johannesburg until Audi is sure they need to order a part from Germany (back order). Until then, I must wait.

I held high regards for the Audi brand but the after care service has left me with mixed feelings. I am paying for an executive car but now have to take public transport.

Emile Mariemuthu purchased a new A 250 in December 2018 from the Constantia Kloof dealership, part of the Sandown Motors franchise
Motoring
1 year ago

Mr Mbambisa’s vehicle was towed to Audi Centre George in January for a non-start issue. The dealer had been requested to carry out the necessary assessments and diagnosis accordingly.

Further testing was required as part of the Audi technical support process, which involves the use of specialised tooling which Audi Centre George only makes use of in specialised instances.

The delays in obtaining a conclusive report and diagnosis have been as a result of decreased resources during this time (short-staffed) due to the Covid-19 impact as well as a longer waiting period for the tooling to arrive.

We have received an update from dealer management that the specialised tool will arrive during the course of this week and the dealership will do their best to expedite the servicing of Mr Mbambisa’s car.

To alleviate the inconvenience, Audi SA has arranged a loan vehicle for Mr Mbambisa to use in the interim and will be keeping him updated on the progress of his vehicle, the diagnosis and repair recommendation. Mr Mbambisa has agreed to this and is currently very happy with our involvement and support thus far. We will continue to keep tracking this issue.