How Daft Punk made the Ferrari 412 impossibly cool

Daft Punk on Monday shocked the music industry when they announced via YouTube that they were disbanding.

Formed in Paris in 1993, the French duo of Thomas Bangalter and Guy-Manuel de Homem-Christo released some of the most popular dance and pop songs the world has ever listened to. Best known for tracks such as Around the World, One More Time and Get Lucky, Bangalter and de Homem-Christo also wowed fans with their inventive visual mystique.

Following the release of Homework in 1997, the duo decided to disguise their identities by dressing up as robots. The PR stunt not only helped them deal with the ill-effects of fame but also stay more focused on making music.

Why am I telling you this on a motoring website?

Well, during their 28-year career the group also experimented with other forms of media including film. In 2006 Daft Punk directed and released a 78-minute avant-garde sci-fi flick called Electroma (see above). 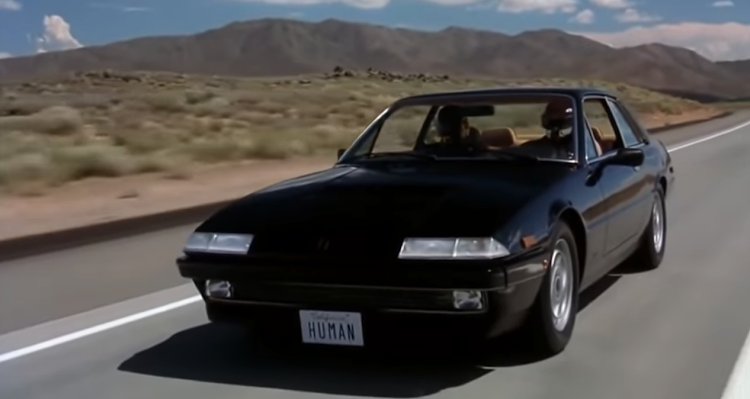 The robots scything through the American southwest in their 1987 Ferrari 412.
Image: YouTube

Premiered at the Cannes Film Festival to mixed reviews, the movie basically tells the story of two robots (the band members) on a quest to become human. In among all the surreal imagery there’s a fantastic opening scene in which the duo traverses a beautifully stark American southwest landscape in a jet black 1987 Ferrari 412, license plate HUMAN.

Penned by Pininfarina and powered by a 5.0-litre V12 engine, the four-seater Ferrari 412 probably ranks as one of the least desirable products to ever wear the prancing horse logo. In no small part thanks to ex-BBC Top Gear presenter Jeremy Clarkson once describing it as “awful in every way”.

Yet in the frames of Electroma, on those roads with the world’s most famous robots sitting silent and motionless inside the cabin, the Ferrari 412 suddenly seems effortlessly and impossibly cool. It is to Daft Punk what the DeLorean DMC-12 is to Back to the Future - an unexpectedly desirable nugget of automotive retrofuturism.

So, yes, I don’t care that it has an automatic gearbox or a dire thirst fuel. I want one. Now.

Volkswagen Polo drivers. The reputation of said group has probably trumped that of minibus taxi operators for dubious behaviour on (and sometimes ...
Motoring
8 months ago

Diego Maradona's rare Porsche 964 is going up for auction

Of the sporting greats of the late 20th century, only a handful have earned legendary status worldwide and adulation beyond the racetrack, the court ...
Motoring
8 months ago