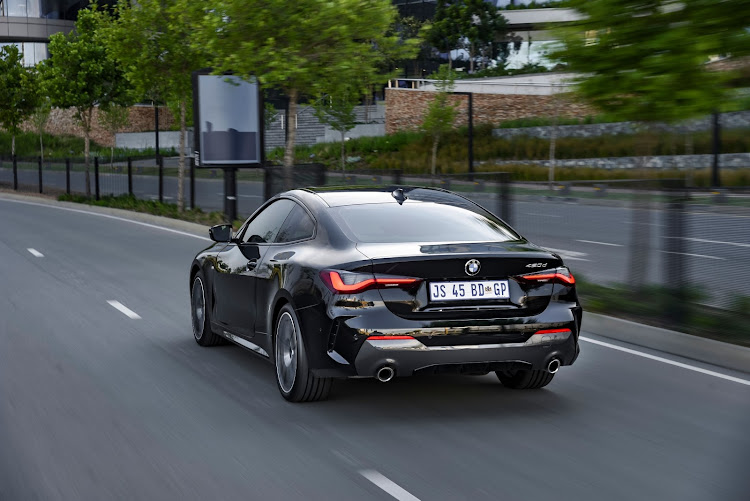 According to the latest bi-annual AutoTrader Car Industry Report, BMW is the most searched for car brand in SA.
Image: Supplied,

BMW is the most searched for car brand in SA, the Toyota Hilux is the most desired car model and online vehicle searches have grown by an impressive 54.1%. These are just some of the interesting findings contained within the latest biannual AutoTrader Car Industry Report, titled #ReBound.

The report covers the July 2020 to December 2020 period, and it includes interesting data that is valuable to the used and new car market in SA.

According to George Mienie, AutoTrader CEO, 2020 saw an unprecedented interruption to the local automotive industry.

“2020 will be a year that will go down in history. Lockdown was the catalyst that is driving and — in many ways — forcing an accelerated change in the automotive industry. What would have taken years suddenly started happening sooner. We have seen a compression of the innovation curve in the SA automotive industry (as a result of Covid  pressures and uncertainty). It is like we are being fast-forwarded. New automotive technologies, business models and thinking should begin to emerge in 2021,” he predicts. 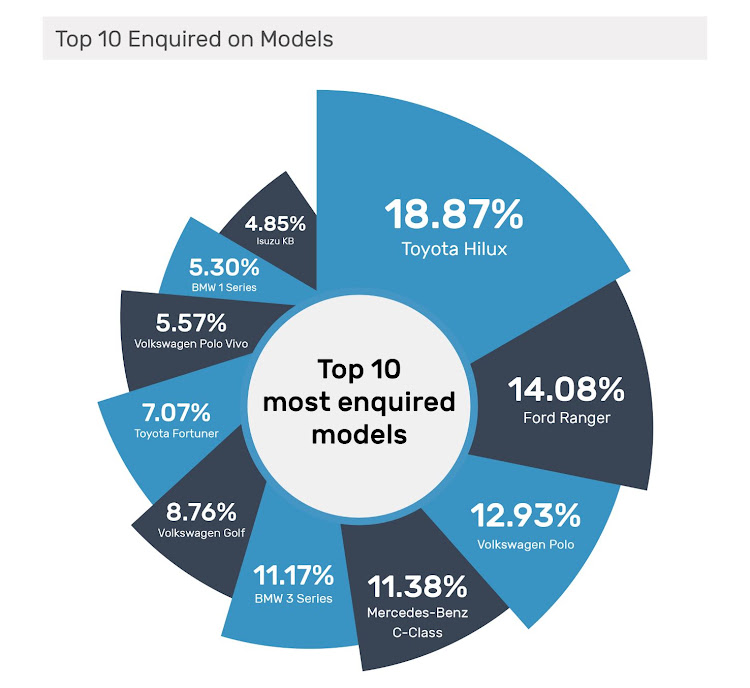 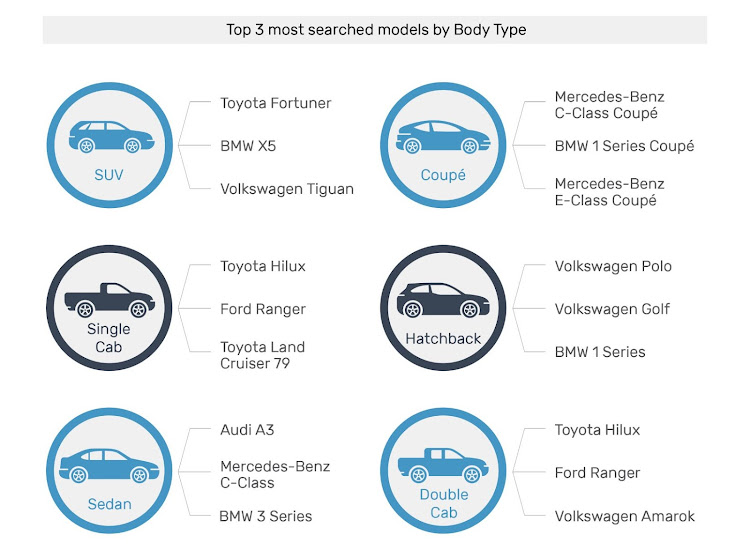 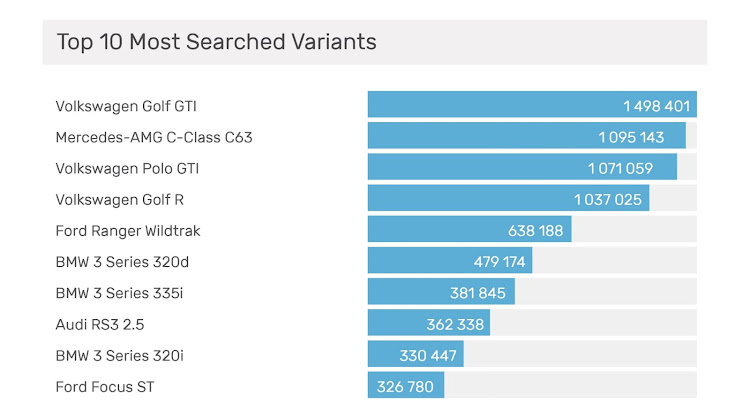 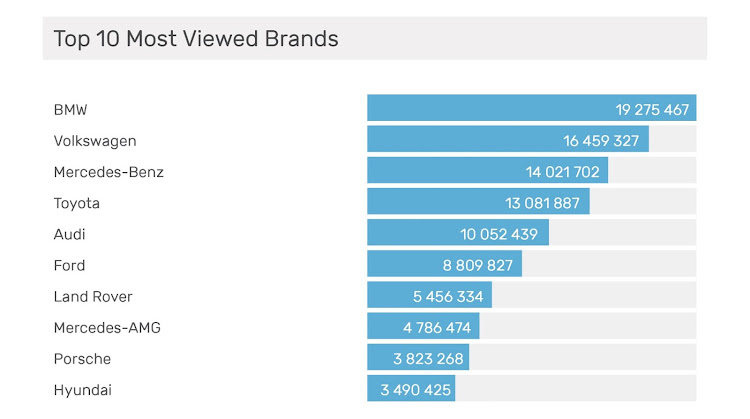 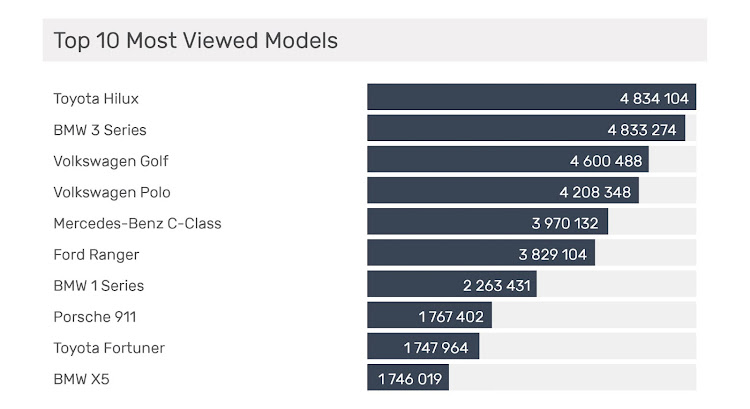 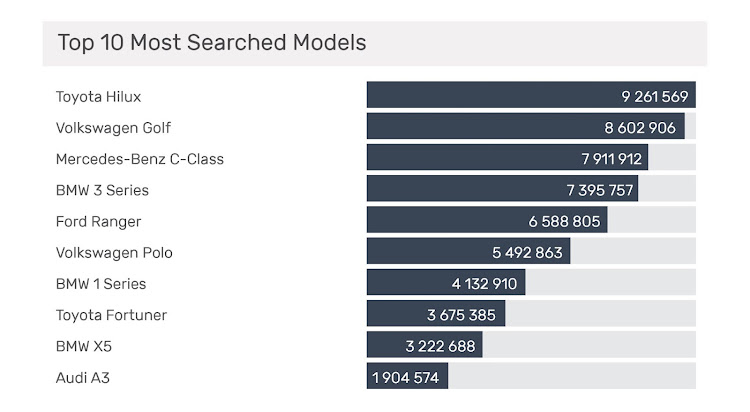 While 2020 was turbulent, it wasn’t without its highs. For instance, during the last year, 270 million total searches were conducted, a record high, representing growth of 54.1% year on year (YoY). The most searched for brand was BMW once again, which accounted for 15.4% of all car brand searches from July 1 to December 31 2020. Mercedes-Benz took second place from Volkswagen — with 14.8% of all car searches. Volkswagen clocked in third with 14.3% of the searches.

BMW also romped home first in the Consumer Advert View (CAV) department (which is one of the leading indicators of demand), receiving 19.3 million views. This was over nine million more views than the same period a year ago. In total, over 130 million car views, indicating an incredible 70% increase YoY.

The most searched for model — with 9.3 million searches — was the Toyota Hilux, followed by the Volkswagen Golf and the Mercedes-Benz C-Class. The BMW 3 Series, which was second in the previous AutoTrader Bi-Annual Car Industry Report, dropped to fourth place.

The full report, as well as an array of previous automotive reports, are available at reports.autotrader.co.za

In the romantic spirit of February, allow me to relay a story about a passionate but short relationship between a 27-year-old and a German three ...
Motoring
10 months ago

How Daft Punk made the Ferrari 412 impossibly cool

Daft Punk on Monday shocked the music world when they announced via YouTube that they were disbanding.
Motoring
10 months ago