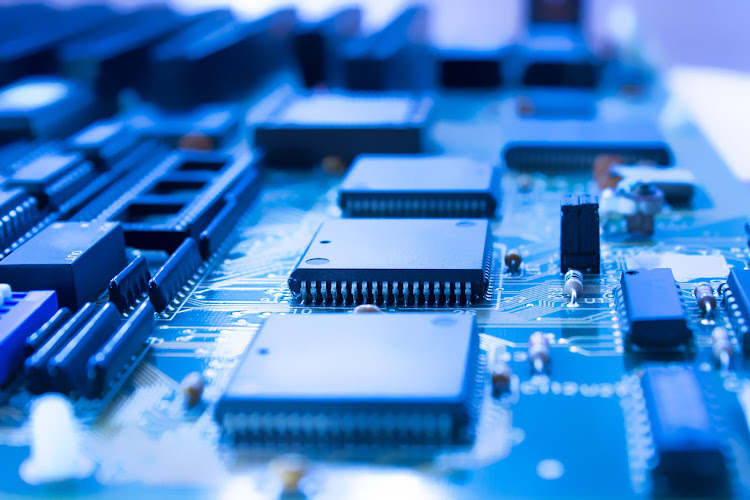 Minnesota-based Polar Semiconductor makes chips for car makers and is booked beyond capacity. But expanding production lines to help solve a chip shortage that is shutting down car factories around the world is not feasible — in part due to the scarcity of older-style chip making machinery.

Chip factories like Polar use these tools to make chips on 200mm silicon wafers, which were state of the art two decades ago. Now, advanced chips are made using much larger wafers, but there is still a lot of demand for simpler, older chips.

The demand has been supercharged by a combination of the Covid-19-driven boom in computer gear and unexpected strength in car sales that resulted in shortages. General Motors on Wednesday extended production cuts at three North American plants and added a fourth to the list of factories hit, and Fiat Chrysler-owner Stellantis warned the pain could linger far into the year. Shortages forced Ford to slash shifts for production of its F-150 pickup truck, a long-time profit driver.

Car makers use a range of chips in cars. Some, such as those in infotainment systems, are made in the same cutting-edge chip factories that make smartphone chips. But other chips in braking and engine systems are made using older, proven technologies that meet car makers' durability and reliability requirements. But the machines to make those older chips can take six to nine months to find, said Surya Iyer, vice-president of operations and quality at Polar.

“There's no way I can expand capacity beyond just stretching my limits,” Iyer said. “A real capacity increase would take nine to 12 months, minimum.”

Resellers of chip making gear say they cannot find used equipment, leading some buyers to stalk old factories in the US, Japan and Europe, waiting for them to close in hopes of snapping up the gear inside.

“Demand is hot for used equipment, but we don’t have enough of them to cope with demand,” said Bruce Kim, CEO of South Korea's Surplus Global Inc, one of the largest dealers of used chip making gear.

He said used equipment prices have gone up by as much as 20% over the past six months, while the number of refurbished tools in its inventory fell to 1,000, down from between 7,000 and 8,000 a decade ago.

Ohio-based Rite Track, in normal times buys up old chip making equipment, upgrades it and sells it to chip factories. But CE Tim Hayden said the recent squeeze has spurred the company to spend more time sending technicians out to upgrade tools that are already installed on factory floors to squeeze more chips out of them.

“You just can't go out on the open market and buy a used 200mm tool — they're just not readily available,” Hayden said. “So people are getting a little bit more creative.”

Demand for old tools is so robust that buyers are looking at every kind of factory. Spin Memory in Fremont, California, is designing a new kind of memory chip and maintains a small “pilot production line,” mostly to provide samples to potential customers, said CE Tom Sparkman. Even though Spin Memory's tools use 20-year-old technology, Sparkman gets offers to buy them almost every day.

“We haven't taken the plunge to get rid of it yet, but some days it's tempting,” he said.

Toolmakers such as Applied Materials Inc and Lam Research Corp, meanwhile, are building booming businesses by refurbishing or recreating some of their greatest hits from the 1990s and earlier.

“It's really exploding,” said Mike Rosa, head of strategic and technical marketing for a group at Applied Materials, the world's biggest chip-equipment vendor.

David Haynes, a MD at Lam Research, said demand for 200mm tools was once mostly from China as it worked to build up its domestic chip making industry. Now, he said, customers from around the world are looking to buy or upgrade older tools.

Still, investment in older technology lags relative to the spending on more advanced production lines, or “nodes” as they are known in the industry.

“Most of the capital expenditure has been going into advanced nodes,” said Tyson Tuttle, CE of Silicon Laboratories Inc, which designs automotive chips to be made on older technology. Chipmakers “have always relied on the fact that the digital guys move out of the older nodes, and that frees up capacity for all the support chips. The problem is, the digital guys aren't moving out as fast. The mainstream nodes are all just jammed.”

The number of charging points for electric vehicles in Germany has increased by more than 10% in the past three months to reach 39,538, energy ...
Motoring
1 year ago

Volvo's entire car line-up will be fully electric by 2030, the Chinese-owned company said on Tuesday, joining a growing number of car makers planning ...
Motoring
1 year ago

SA fuel users are set to be hit with yet more steep price increases going into March. This is according to the Automobile Association, which was ...
Motoring
1 year ago