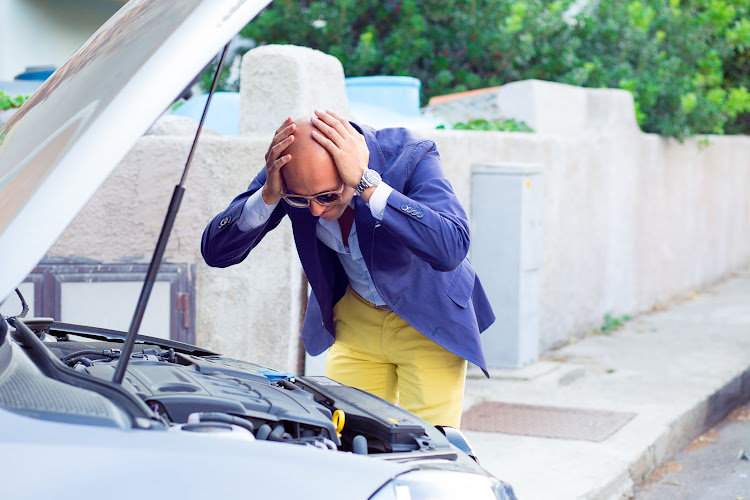 Of all the tricks a car can play to annoy its owner, the infuriating habit of stalling is one of the worst. It is only surpassed by a perverse refusal to start in the morning when it knows you are in a hurry.

Hard as it is to remain dispassionate when this happens, there will often be clues about the underlying problem(s).

Incidentally, I should mention a diesel engine is far less prone to stalling, once it gets going, than a petrol engine. This is not surprising if one realises electrical problems are  directly or indirectly responsible for more than half the misfiring events in a petrol engine. A diesel engine is largely independent of electrics for getting the fuel/air mixture to ignite.

The most common scenario is that the engine stalls only when cold. Since a cold engine requires a richer than normal fuel/air mixture to run smoothly, anything that upsets the cold enrichment system can result in misfiring, At idling, misfiring can easily cause stalling because the engine doesn’t have the rotational momentum to keep it running as at higher engine speeds.

The cold enrichment routine is regulated by the engine control unit (ECU) which can vary the duration of the injection pulses.

An encounter with storm water is not only frightful in itself, but driving through deep water – deeper than half the height of the wheels – might ...
Motoring
11 months ago

The following things, among others, can cause the system to go out of kilter:

Another common source of frustration is the engine that stalls when you stop at a traffic light. This is often caused by an idling speed that is too low. Abnormally low idling speed can be due to excessive load on the engine caused by something like a bad aircon compressor or an alternator which has to deliver a high current to charge a failing battery. (Test for the aircon hypothesis by simply switching off the aircon and seeing if it makes a difference to the idling speed.)

Even more likely is a dirty or inoperative idle air control circuit in the throttle body. This is a special circuit bypassing the butterfly and controlled by a solenoid valve which allows just enough air into the inlet manifold to maintain idling.

Finally, we have the car that simply cuts out in mid-stride while you are driving. In traffic this can be life-threatening. Possible causes include, on the ignition side: bad high tension wires, a faulty coil pack (if so equipped), a defective crankshaft position sensor, a bad ECU relay which momentarily breaks contact and a dodgy ignition switch which intermittently loses contact.

On the fuel supply side, a sudden loss of fuel pressure due to a fuel pump that expired without warning will also cause instant stalling. Listen for the absence of the faint buzz from the direction of the fuel tank when the ignition is turned on. If you are lucky, it might just be a bad relay or a blown fuse.

The daunting complexity of modern cars, and the increasing alienation of the man-in-the-street from the DIY culture, have given rise to the ...
Motoring
1 year ago

The halcyon days of a new vehicle is a time to be savoured. That wonderful “new car” smell, the smoothness, the quietness, the precision of the ...
Motoring
1 year ago

For weeks on end now the family chariot has been looking at you quizzically each time you walk past. What's going on? When are we going for a decent ...
Motoring
1 year ago