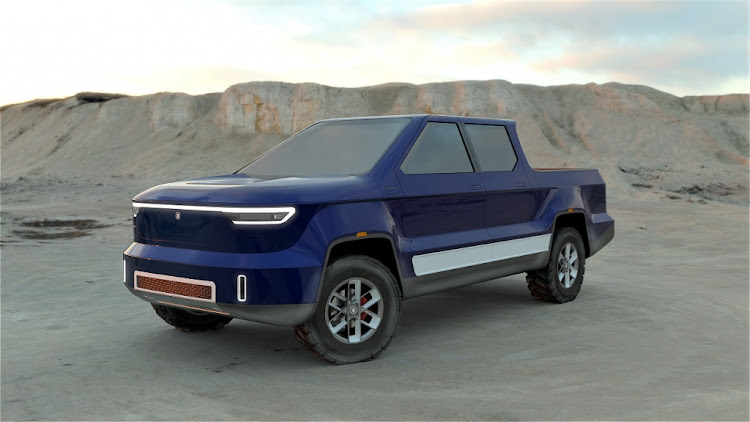 The rendering of the concept M1B electric bakkie. Picture: SUPPLIED

What does a man who has plans to build his own vehicle brand look like? Might he be a flamboyant, maverick character of an Enzo Ferrari? Or the confident cool-headedness of a Christian von Koenigsegg? How about an eccentric IT geek such as Elon Musk?

Nhlanhla Mazibuko has commonality with the latter doyen in that both are sons of this soil and both understand what voltage does.

He is a regular guy born and bred in Evaton, a township next to Vereeniging. He burst on the scene via social media after the digital designs of his concept electric bakkie were shown in a virtual presentation at the e-Mobility Congress of SA early in March. We tracked him down and spoke to him.

What’s in a name?

What lit up social media was the prospect of the rise of a black Elon Musk, and the name he has chosen for his company that will adorn the grille of his M1B EV concept range.

“I wanted to use the Edison name,” says Mazibuko, “which would have been a nice play on the naming strategy of using the name of the man credited with inventing electricity, but we discovered potential legal problems because there is an Edison company in the US that produces electric motors. But looking at brands such as Porsche, Ferrari and others which are surnames of their founders, I decided to use my own surname, Mazibuko,” says the young environmentalist.

A firm believer in sustainable energy, he says the idea to build an electric car was driven by the realization that Europe’s steady but sure move towards fully electric cars would have a detrimental effect on jobs availability in the local vehicle manufacturing sector.

Mazibuko, who runs a small digital printing establishment on the outskirts of the Vaal region, says he studied civil engineering, which introduced him to mechanical and electrical engineering, but he didn’t finish the course due to financial difficulties. 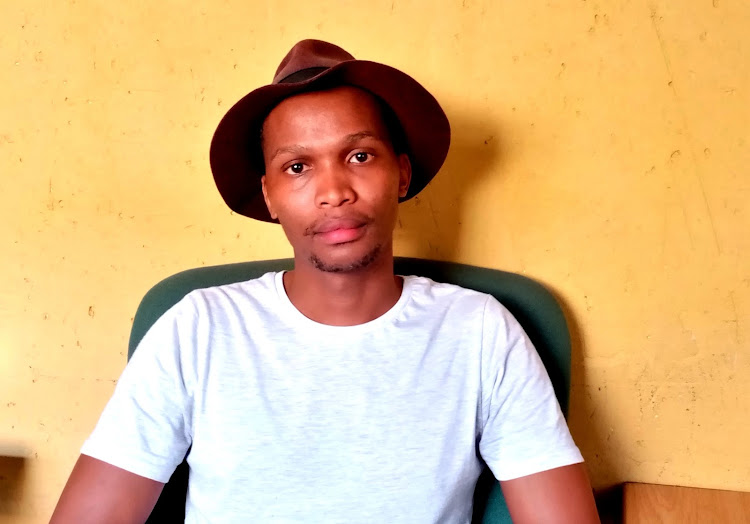 “Everything is still in concept stage,” admits the man with a deep IT lexicon.  Most parts such as the battery packs and the chassis have already been digitally designed in-house, “but we plan to source the electric motors from an outside supplier”, says Mazibuko.

Having researched what goes into making an electric car, he also discovered Foxconn, a Taiwanese tech company that will from 2025 sell open-source electric car chassis to any upstart wanting to build its own EV.

“This opens up more chassis possibilities for synergies going forward, but plans are to continue with our own chassis for two and four-wheel drive model bakkies,” added the tech fanatic who also builds apps and websites.

On the matter of production premises he doesn’t plan to build the car locally. “Yes, the ideal situation would be local production but the reality of the kind of money needed to run such a business is that you have to find the quickest, least painful route to have the car on the roads and thus our plan is to have the first model built internationally.”

But billions, and indeed lots of them, are needed to make EV wheels to go round. Regarding how much outlay is needed to start a motor company, he says though they haven’t found the money yet the initial seed capital needed just to get the ball rolling is at least $10m (R149m).

He says the attention they have been receiving since their story came out has yielded a few important phone calls. “We can’t divulge any information in this regard but I can tell you that it’s from potential local investors.”

Considering the mammoth task involving starting a car company from scratch, it’s easy to declare the Mazibuko Motors Company dream mere pie in the sky, but the media-shy young man has a determination about him.

Whether he can turn this dream into reality depends on how he tackles the challenges that face anyone with similar pursuits. Ferruccio Lamborghini, Ettore Bugatti and indeed Henry Ford once found themselves at the very same point in life as Nhlanhla Mazibuko, and look how their stories turned out.

Join Francisco and Richard Nwamba as they visit Red Star Raceway to find out which is quicker: a 2015 RWD six-cylinder BMW 135i or a 2021 ...
Motoring
4 months ago

Students and their parents generally have different tastes – in food, music, movies, social media channels. But what about cars? How do their ...
Motoring
4 months ago