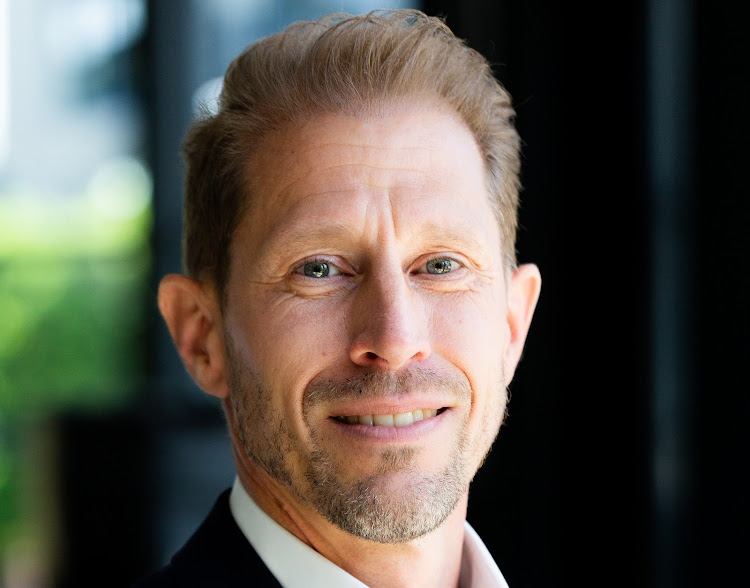 Despite the prevailing sentiment of gloom, Audi SA head Sascha Sauer describes his outlook for the brand as bullish.

It helps that he loves the country on a personal level, having enjoyed the touristic aspects of our land as a frequent traveller over the past 15 years.

“[It was] a dream come true when asked to take over the responsibility here. An ideal scenario, the privilege and pleasure to work where people come to spend their holidays,” he said at a recent roundtable to which selected members of the national motoring media were invited.

He was drawn in by the geographic diversity of Mzansi and the wildlife.

“I like animals, mostly when they are alive. I do not eat meat. I try to obey a vegetarian or vegan lifestyle.”

Sauer, a German national, took the wheel in November last year when he succeeded Trevor Hill. This year marks his 25th anniversary with Audi, spanning a decorated career starting in the finance department and growing to include roles in markets worldwide.

“I went to China from 2009 to 2012. I witnessed what kind of dynamic development can happen in the automotive industry in an emerging market environment.”

He is a qualified mechanical engineer and holds an MBA from Sheffield Hallam University. His last role was sales director: Africa and Middle and Near East, based at the brand’s global headquarters in Ingolstadt.

How will he apply this insight to the vibrant and somewhat tumultuous conditions of our local market, especially amid the drama of a pandemic?

One aspect of the plan is pumping out fresh metal.

“We are helping ourselves by introducing a lot of new models. That started with the new Q7, A4 and Q3 Sportback last year and we launched the RS and performance range a few weeks ago . 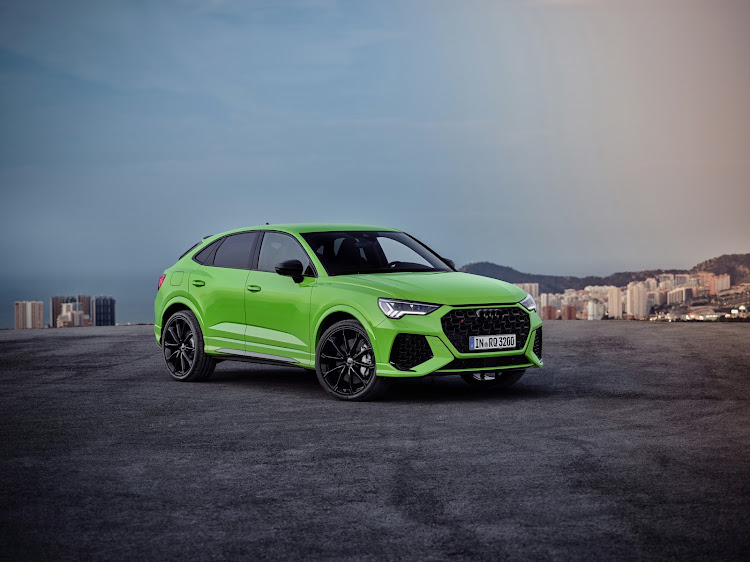 “By the end of this year Audi will have the youngest and freshest product portfolio in the entire industry in SA.”

“From that perspective we have a lot of good opportunities and sales arguments to be attractive to consumers. Probably the most attractive we have been for a long time.”

He acknowledged that a core part of securing Audi’s local future will involve electric vehicles.

“If the majority of the market in Europe is going to exclude or steer away from traditional internal combustion engines into electric cars, the question arises: what is SA going to export in 10 years’ time?”

Compared to its performance last year, Sauer said the figure represents a 31% increase, but opted not to dwell on the fact given the obvious setbacks contributed to by Covid-19.

“We understand this is not a fair comparison because we know what happened, namely lockdown and shutdown in Europe, factors which never happened before.”

He believes Audi is back on track, buoyed by recoveries in some regions and not specifically growth coming from China, as is often thought.

The European region, where many markets were still under lockdown at the time of the roundtable, was said to still be experiencing a dip.

“Looking at other regions, America is contributing significantly to growth versus last year with a growth of 33%, and the Asia-Pacific region is growing by 100,000 cars versus last year – 94,000 are from the Chinese market. Africa and Near East is up by 3,000 units. If we exclude China, it is still a 6% growth.”

He said in April alone, Audi recorded another 167,300 cars globally, which takes the cumulative January to April number to 630,300 units.

While Sauer conceded the numbers look overstated compared to the low base of last year, he reiterated the performance enforced the message that the global market has mainly recovered.

“Europe has some work to do. But knowing the structure of the market, driven by company cars, leasing companies, I have no doubt they are going to pick up as soon as the lockdowns ease.” 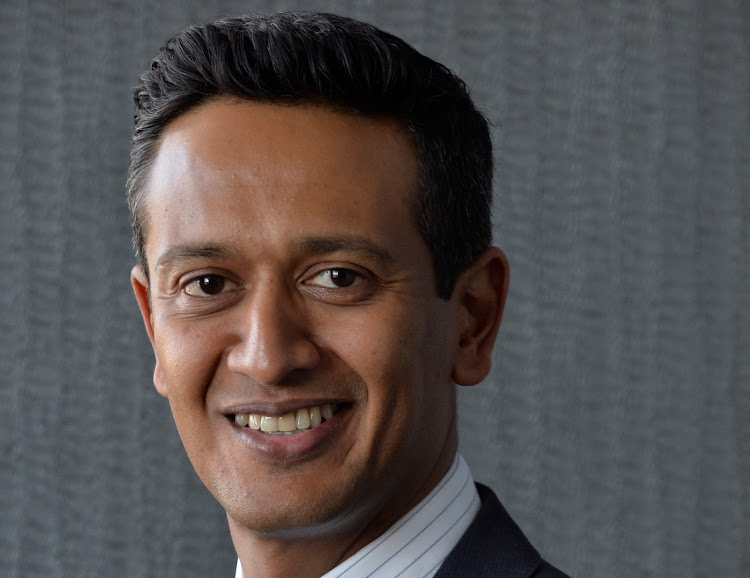 Next up was Asif Hoosen, head of sales, operations and volume planning for the automaker.

Hoosen claimed in the first quarter of 2021 the brand achieved a market share of 19.8%, which is an increase of 1.6% compared to the same period in 2020. He said there is  relatively good demand for premium cars in the market at present, even under the restrictions facing consumers and negative commentary around affordability.

“We are finding that at this point in time, our demand is exceeding our supply.”

“If we only look at it from a dealer perspective. Our market share in our dealer channel is sitting at 22.8%, or 0.8% above where we finished on a full-year basis in 2020.  At close to 23% it means we have a quarter of dealer business. That is quite significant for us.”

Other channels would include rental and government sales.

“The two other German brands manufacture locally have more ammunition to come to market with, so we target ourselves within a corridor of 22% and 25%, which is a good corridor for us.”

“That provides us with a level of through-put which becomes necessary for us to sustain our dealer retail network of 36.”

According to Hoosen, competitive financing options are helping stimulate activity in the market.

He said interest rate reductions offset inflationary pricing, which is keeping access into the premium market at similar levels to that of 2019. 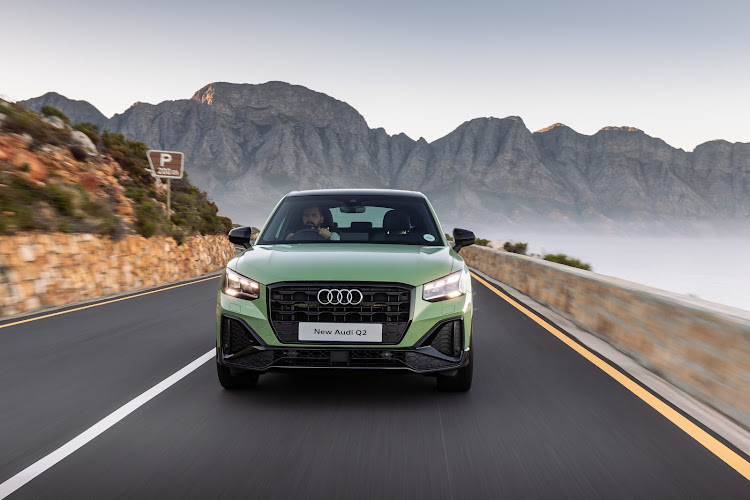 Hoosen is also eyeing the high-end market on the back of the new Audi Sport R and RS model offensive launched earlier this year.

“It’s by far the biggest performance portfolio any manufacturer has launched in this country all at once. We’ve taken quite a bold step to want to go in and almost dominate that segment. If you look at the price band above R1.5m, you’ll find that price band hasn’t been affected by the market reductions we’ve seen in the total market or premium market.”

Audi launched the updated Q2 last week, while the new A3 and Q5 Sportback are imminent. In 2022 the fully-electric E-Tron is on the horizon after considerable delay. The brand also plans to renew interest in slow-selling D-segment offerings like the A6.

Boosting Audi’s online presence is also on the agenda for the remainder of 2021.

“We have introduced a new car stock locator – which other brands do as well – which gives customers access to stock availability. The purchasing behaviour has shifted from dealer engagement to research online, reviews, peer reviews and engaging dealers when the decision is almost made.”

Raising the point of challenges, Hoosen conceded to significant product gaps within the Audi range, but said this made their performance in the first quarter an even more impressive feat.

“Our A3 Sportback, sedan and RS3 are all in run out.We have no more A3 units to sell. There are the last few in the dealer network, but pretty much sold out.”

The second challenge is disrupted supply out of Europe.

“That’s not unique to us. All manufacturers are suffering the same fate. Due to the lockdowns in Europe there are limitations with suppliers. On a weekly basis we see restrictions from a production point of view. Sometimes it is rims, tow-bars, sunroofs. It changes from week to week.”

He said the global semiconductor shortage contributes to the issue, especially with their high-performance vehicles which are especially sophisticated and reliant on such componentry.

Despite such speedbumps, he forecasts deliveries in excess of 7,000 units this year, compared to the 5,800 Audi models in 2020.

Volkswagen South Africa’s new passenger cars head, Steffen Knapp, takes the reins at what is arguably the most pivotal time for the company since the ...
Motoring
7 months ago

With the fuel price in SA hovering at an all-time high, most drivers are open to any suggestions on how to get a little bit more from their tank. ...
Motoring
7 months ago

Hatchbacks represent the best value out of any body type in SA. But, assuming you have a budget of R300k, which specific variants represent your ...
Motoring
7 months ago