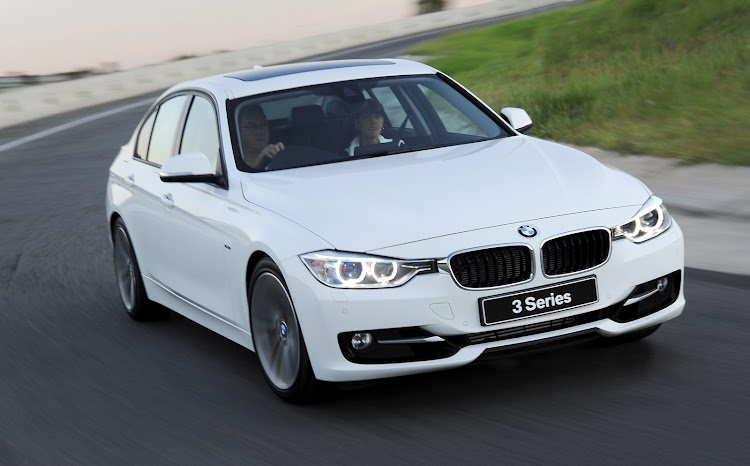 The F30 designation of the BMW 3-Series left a legacy that will be remembered for a few reasons.

Firstly, it was the last example of the breed to be manufactured in SA, at the Rosslyn, Tshwane facility.

Boasting an engine range that was entirely turbocharged, the F30 also debuted three-cylinder propulsion and ushered in electrification for the first time, with the ActiveHybrid3 derivative. It was also the last iteration that offered a manual transmission locally.

And the F30 boasted genuine motorsport pedigree, with a presence on the national motor racing circuit, in events such as the Bridgestone Super Production Car Championship.

The F30 was first officially launched on South African shores in March 2012. It was wider, but lighter (up to 40kg in some instances) and stiffer than the E90 it replaced, introducing a refreshed aesthetic that seemingly took its cue from the F10 5-Series. 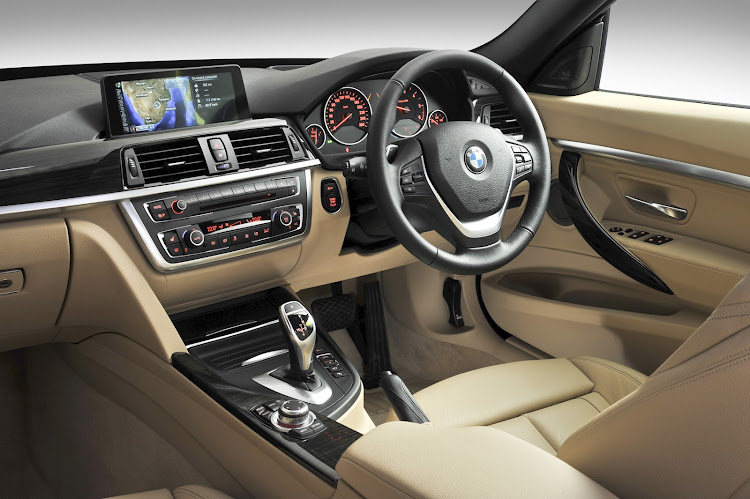 The interior of the 3 Series Luxury model.
Image: Supplied

At the time, BMW offered the 3-Series in three lines in addition to a basic specification. These were Sport, Modern and Luxury. In 2012 pricing kicked off at R361,000 for a standard 320i manual and went up to R557,200 if you had opted for a 335i Sport Line. All before options, of course.

Another credit to the score sheet of the F30 was its progressive approach to digitisation. The iDrive system, with its colour display and rotary controller was made standard across the board.

So what did the critics have to say at the time? Some opined that interior quality overall had seen a marked improvement versus the predecessor, with softer touchpoints and superior textures. Comments were made about its enhanced dynamics, with reports that it felt nimbler, more agile.

There were positives uttered about the ride quality too, remedying the harshness that appeared to mar the E90, with its run-flat rubber. While the F30 retained that form of tyre, affairs were more forgiving this time around.

Criticisms, however, included a lack of aural zest in the case of the 328i, in comparison to the naturally-aspirated six-pots of before. Amusing in light of today’s increasing shift towards silence and electrification.

The F30 featured additions such as automatic stop-start, brake energy recuperation and a gearshift indicator in manual models. A little switch that the brand dubbed its Driving Experience Control allowed the user to toggle between Comfort, Sport, Sport+ and Eco Pro – parlance now familiar to all contemporary BMW owners.

A year after its launch came the contentious GT body format, in place of the regular Touring version. The company hoped buyers would see the appeal in such an alternative template, given the market’s general distaste for the estate car. You wonder if they might have had more luck with the Touring in any case, given how low the uptake was for GT. 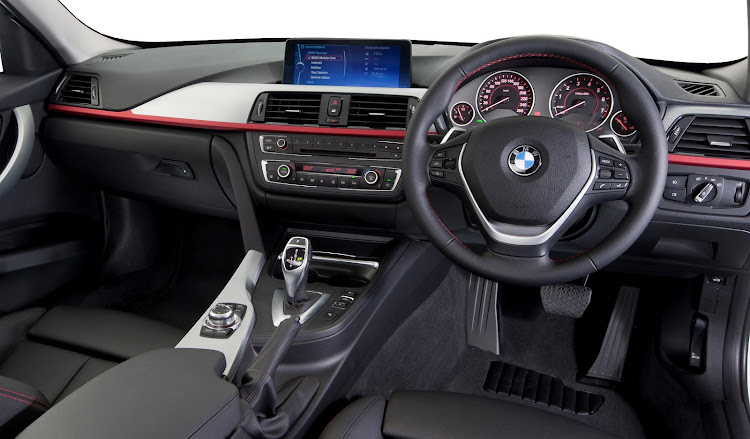 The interior of the 3 Series Sport model.
Image: Supplied

In 2015 the model underwent an upgrade, or a life-cycle improvement as they say at BMW. The changes were subtle, with mild aesthetic revisions that included revised lights (front and rear) as well as new alloy options, to name a few.

Given the volumes of the F30, finding tidy examples is no challenge. We logged on to a popular classifieds website and capped maximum mileage to 120,000km on the search parameters.

For R339,000 we found a 2018 318i (automatic) with 57,7784km on the odometer, from an approved BMW dealership. A buy of this sort will ensure you still benefit from coverage of the maintenance plan.

The F30 was the last 3 Series to be manufactured in South Africa, at the Rosslyn, Tshwane facility.
Image: Supplied

According to the expert advice of Yoshen Maistry, owner of Dark Artz Performance, a workshop approved by the Retail Motor Industry (RMI), this derivative makes a great bet.

“My pick is the N47 engine in the 320d set-up, it has manageable maintenance costs and is a solid platform to run to higher mileage.”

In the case of out-of-plan models, however, he offers cautionary words:

“I would advise against the main dealer service intervals and shorten to a maximum of 15,000km (per oil change); but preferably to 10,000km – very cost-effective at present, as people are not doing high mileage.

Lastly, be sure to conduct the due diligence: you can verify a vehicle’s history at BMW if you have the Vehicle Identification Number (VIN). And it probably wouldn’t be a bad idea to explore aftermarket warranty options.

Suzuki Swift owner Michael Stewart said the brand’s service knocked his socks off for all the wrong reasons. His 2017 1.2 GA is corroded so ...
Motoring
10 months ago

You glide silently out of the Tesla showroom in your sleek new electric Model 3, satisfied you're looking great and doing your bit for the planet
Motoring
10 months ago

If you’re a fan of a certain three-letter badge that has been applied to Volkswagen hot hatches since 1976, you’ll be well aware that the new Golf 8 ...
Motoring
10 months ago