Rumours of the demise of cars have been greatly exaggerated 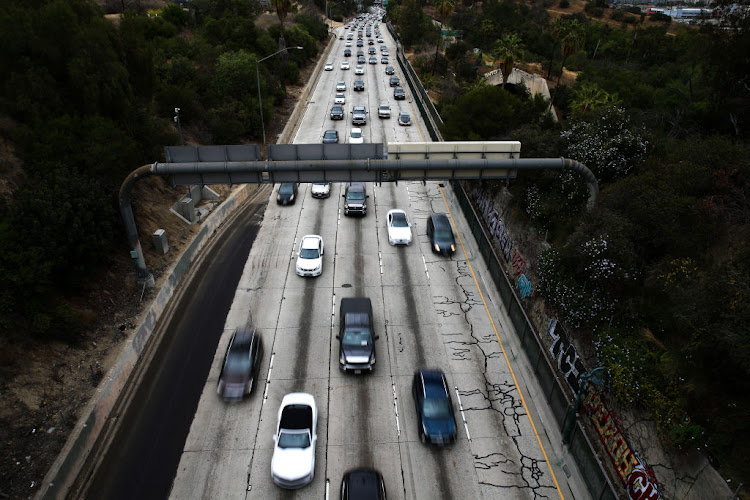 The Covid-19 pandemic has sparked renewed interest in the car, as public transport is now seen as unsafe and unnecessarily risky.
Image: Mario Tama/Getty Images

Cars are having a moment almost as improbable as the stunts in the Fast and the Furious movies that celebrate them.

Just a few years ago, obituaries were being written for the motor car — millennials and Gen-Zers, so the argument went, were going to swerve away from car ownership as more of them moved to cities with myriad public transport options and ride hailing services like Uber. Besides, concern about the adverse impact on the environment would deter young people from making purchases.

Then the pandemic hit. Now, as the world recovers, used car prices are going through the roof in many countries. Waiting times for driving tests have blown out. And online requests for driving directions are soaring, while public transit route inquiries have plunged. An EY survey of 3,300 consumers in nine countries found that 32% of non-car owners said they intended to get a car in the next six months. About half of those prospective buyers were millennials.

Turns out the appeal of cars — despite taking a few hits over the years — is as resilient as the Fast and the Furious films, the latest of which debuted in cinemas recently after earlier instalments grossed billions of dollars worldwide over the past two decades.

“If it weren’t for the pandemic, I wouldn’t have thought about getting a car,” Basdanis said. “I would have thought it a hassle.”

He lives in an apartment complex, which — pre-pandemic — had a no-car policy, meaning expensive and often scarce street space was the main option for parking. Additionally, in congested London, many journeys had been much quicker on the Tube.

But these calculations changed during the pandemic, when taking public transport to his hospital job at the height of the UK’s outbreak was an anxiety-inducing experience. Being able to drive himself seemed much safer.

He’d have loved an electric car, but says that option was too expensive — not only the purchase price but also the insurance costs. Unlike in China, where you can pick up a new bare-bones electric vehicle for about $4,500 (roughly R89,397), EVs tend to be pricier in Western markets than their petrol-guzzling counterparts, impeding the conversion of a green conscience into an actual purchase.

Now fully vaccinated, and seeing traffic-jams picking up, Basdanis says he’s likely to be back on the Tube for his daily commute soon. But that doesn’t mean he’s likely to sell the car.

“It’s certainly a useful thing to have, for out of hours work or just driving to the gym on a weekend,” Basdanis said. “Also trips. I can just jump in the car and go to the countryside for a day.”

That sense of convenience and freedom is the stuff of a thousand TV commercials — as well as legions of pop songs.

Yet it’s also a direct challenge to pre-pandemic public policy. For decades, authorities around the world have been pushing to try to get people out of their cars and onto public transport, both to accommodate growing city populations and reduce air pollution — still a major health issue, even in developed countries.

“There will be a strong push of cities trying to limit and reduce the number of cars,” said Eric Zayer, a partner in Bain & Co’s automotive and mobility practice in Munich. “They have made huge investments in public transport, and they need to be amortised. They will not give up on their mass transport systems.”

It’s not just in the West where attitudes have changed. In Japan, where in pre-pandemic times more than 10 million people a day jammed onto Tokyo’s subway lines, interest in car ownership is rising. The number of new driver’s licences issued increased in 2020 for the first time in eight years, according to the country’s National Police Agency, with much of that growth coming from people aged in their 20s and 30s. Wait times to take a driving test have more than doubled.

Authorities betting on a return to normal face a battle to win over those like Gypsy Byrne, a 19-year-old student in Melbourne, who has rethought her transport usage. She’d always had access to public transport, so getting her driving licence was more of a vague goal than a priority in pre-pandemic times. Then the main bus near her house became an infection hotspot.

“You can't trust public transport now,” said Byrne, who lives about 20km west of the city centre. “I got my driving instructor to start doing five-hour lessons instead of one because I just need my Ps [provisional licence plates] to be able to get out and do things.”

While she’ll use a car for work when she qualifies as a disabled care assistant, it will also be a big social boon. Relying on others for lifts in the pandemic “just gets really tedious” she said. Byrne has her test on July 31 and, assuming she passes, is one of the lucky ones who won’t need to buy a car — because she’s inherited a Toyota Aurion from her grandparents.

Even before the pandemic, younger would-be homebuyers on the hunt for affordable accommodation had been venturing further away from big city centres and locations with dense public transport systems. That trend has accelerated in the wake of Covid-19, as workers newly able to work at least some of the time from home fan out into smaller cities and suburbs, where owning a car is seen as more normal.

Yet if the trend of remote work persists and more people buy cars, that may not mean more congestion on roads. So far in the US at least, the booming interest in cars hasn’t meant more miles being driven on aggregate as people take fewer trips overall.

“A resurgence of car ownership might be more of the story versus a resurgence of car usage,” said Michael Brisson, a senior economist at Moody’s Analytics in the US. “People may want the ability to travel and may be taking more short trips, but I can’t see anywhere that shows they are driving more miles.”

Why own just one car when you can subscribe to many instead?

The age of disruptive businesses has arrived on the steps of SA’s vehicle purchasing traditions in the form of the FlexClub. It’s a car subscription ...
Motoring
4 weeks ago

Suzuki Swift owner Michael Stewart said the brand’s service knocked his socks off for all the wrong reasons. His 2017 1.2 GA is corroded so ...
Motoring
4 weeks ago

The F30 designation of the BMW 3-Series left a legacy that will be remembered for a few reasons. Firstly, it was the last example of the breed to be ...
Motoring
4 weeks ago