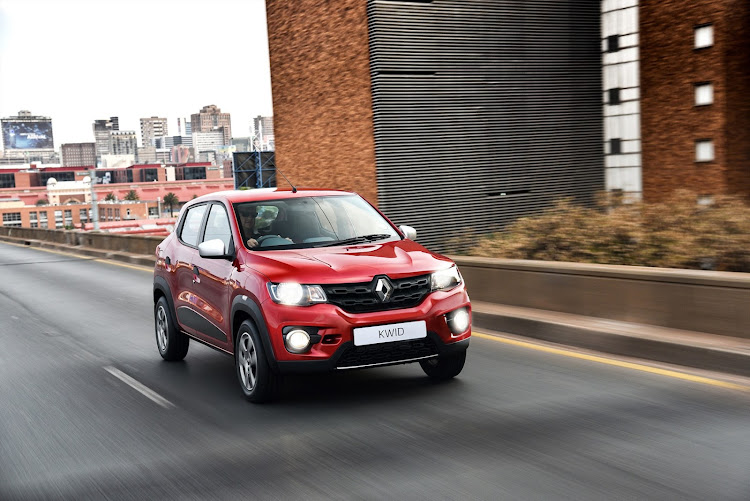 Another month, another mammoth fuel-price increase. With the cost of petrol and diesel (and the general cost of living) climbing at an alarming rate, two car families may be considering scaling down one of their vehicles to something that’s a little more frugal with fuel.

If you’re in that boat and have a maximum of R200,000 to spend, what fuel-efficient options are out there? Well, if we limit ourselves to vehicles that return a claimed 5.0l/100km or less and examine the 10 most searched for sub-R200,000 variants on the used market, three particular vehicles stand out. They are, of course, by no means equal and appeal to distinctly different tastes and needs. 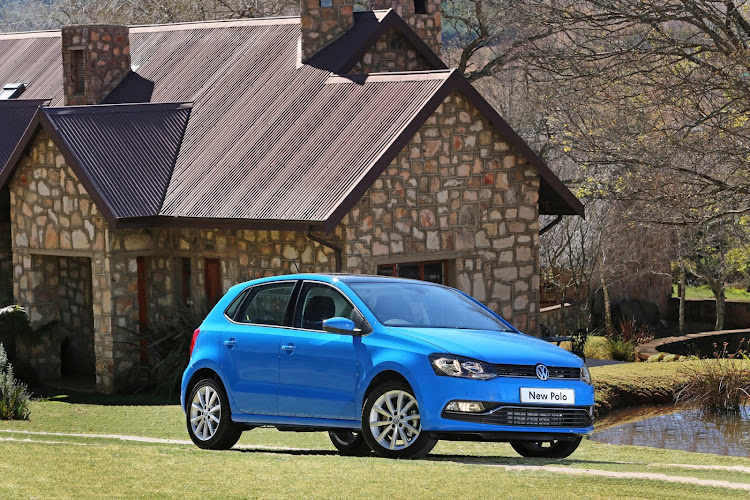 While AutoTrader’s data covering the first six months of 2021 indicates performance cars such as the Volkswagen Golf GTI and Ford Fiesta ST dominate the list of most searched for variants (it’s handily the only marketplace in SA able to provide variant level data), there are also a few derivatives capable of taking comparatively tiny sips from their respective fuel tanks.

The first and by far most affordable option is the Renault Kwid 1.0 Dynamique, which bears an average price of R123,070 and a claimed combined fuel figure of 4.7l/100km (or 4.4l/100km should you opt for the automated manual version). Although the average model year is 2019, nearly new 2021 examples are available for well below our price limit (the current new price is R172,900, after all). For the record, the naturally aspirated three-cylinder petrol mill makes a modest 50kW and 91Nm. 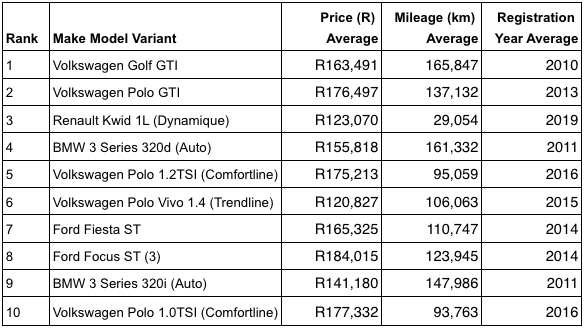 Top 10 most searched for cars priced at R200k and under (AutoTrader January 1 2021 to June 30 2021). Rank relates to searches. Average price, mileage and registration year relates to all cars listed of that variant.
Image: Supplied

Should you require a little more space and under-bonnet oomph, the previous-generation Volkswagen Polo 1.2TSI Comfortline is a similarly efficient alternative, with its 66kW/160Nm turbocharged 1.2-litre four-cylinder petrol unit sipping at a claimed 4.9l/100km in five-speed manual guise. The trade-off, of course, is a higher average price (R175,213), higher average mileage (95,059km) and an average model year of 2016.

Finally, if you have a penchant for diesel and need yet more room, the F30-generation BMW 320d sedan (the preceding E90 oil-burner wasn’t quite as efficient) is an interesting alternative, offering a claimed fuel economy of 4.5l/100km when fitted with an automatic transmission. As a reminder, the 2.0-litre turbo diesel four-pot used here delivers 135kW and 380Nm to the rear axle. Considering the potential cost of maintenance that comes with purchasing a circa-decade-old 3 Series with an average mileage of around 150,000km, this would likely be the bravest choice of the three. 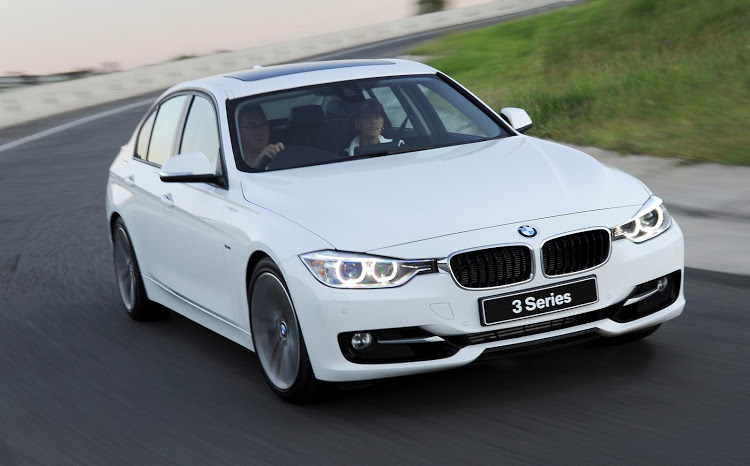 The BMW F30-generation 320d offers a claimed fuel economy of 4.5l/100km when fitted with an automatic transmission.
Image: Supplied

AutoTrader CEO George Mienie points out that the three most fuel-efficient derivatives on the list of 10 most searched for variants under R200,000 each offer something different.

“From size and model year to powertrain and average mileage, there’s an efficient variant to suit most tastes. While the data suggests South Africans have a keen interest in hot hatches in this price bracket, more fuel-friendly models are also finding their way onto the radars of consumers hit by the recent fuel price hikes,” says Mienie.

A Manhattan garage operator is betting New York city dwellers in the Covid-19 era are driving more, and would pay a premium for a personal place to ...
Motoring
3 months ago

If you're at all familiar with the world of drifting then you'll know who Abdo “Dado” Feghali is. Hailing from Beirut, Lebanon, this 44-year-old ...
Motoring
3 months ago

From August 4 2021, South Africans will have to pay record prices for fuel, putting many cash-strapped households under more pressure. Through a few ...
Motoring
4 months ago