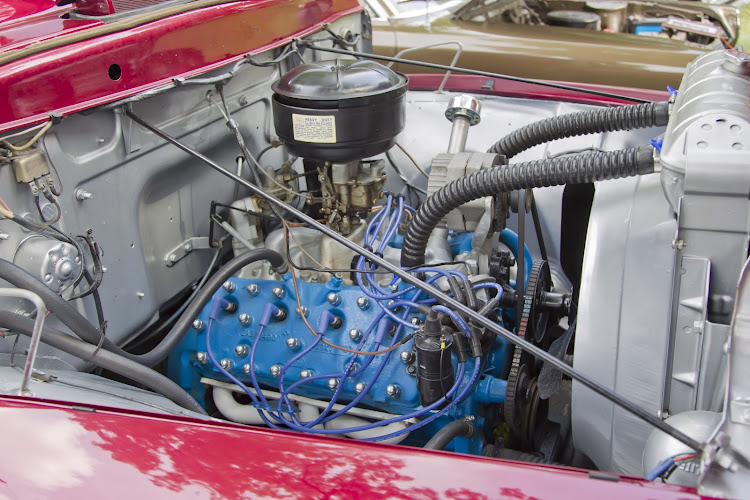 Engines have always held a particular fascination for car nuts.

For well over 100 years, the internal combustion engine has ruled the world’s roads, and despite the gains of electric motors in recent times, it seems likely it will remain the mainstay of the automotive industry for at least the next decade.

Let us look at the evolution of the internal combustion engine, and some of the best-loved engines, past and present, on SA roads.

Carl Benz’s Motorwagen of 1885 had a single-cylinder engine. Early Panhards in France had a Daimler V2 engine. In America the early models from Oldsmobile and Buick also had single-cylinder or two-cylinder engines. But by 1908, when Henry Ford’s Model T appeared, the four-cylinder inline engine had become the preferred layout. The Tin Lizzie had a 2,9-litre straight-four (capable of producing 15kW) under its hood.

It is interesting that despite many other configurations that appeared in the decades that followed, the in-line-four engine never lost its popularity up to the present day.

A straight-four has a lot going for it. It is usually an “up, down, down, up” engine, meaning when the pistons in cylinders one and four are moving up, those in the two middle cylinders are moving down, and vice versa. Thus the engine has perfect “primary balance”. It also delivers a power stroke every 180 degrees of crankshaft rotation, and consequently the torque impulses on the crankshaft arrive at regular intervals, further enhancing smoothness.

However, a straight-four is not without drawbacks. It may have perfect primary balance, but there are other sources of vibration to which it is not immune. The power strokes are not overlapping, as happens in a straight-six, for instance, to reduce the ripples in the torque delivery. The Chev 2.5-litre straight-four – used here during the early 1970s in the GM Ranger, Opel Rekord, Chev Firenza and Chev 2500 – was a very robust, uncomplicated, big four-cylinder predating the era of balance shafts.

Owners appreciated its stump-pulling torque at low revs and general indestructibility, but the early examples were so rough that their starter bolts were known to break off due to metal fatigue. That was 50 years ago, though. These days some in-line-fours are extremely smooth, thanks to balance shafts and refinements in crankshaft design.

During the second decade of the previous century the automotive industry witnessed the curious phenomenon of a “cylinder race” between manufacturers. It started when Packard, often regarded as the Rolls-Royce of America, unveiled its 60 degree V12 – two banks of six cylinders each, with a 60-degree angle between them – in 1916.

The “Twin-Six” had a displacement of just under seven litres and maximum power delivery of 63kW. In the words of Packard’s chief engineer, “six impulses per crankshaft revolution blend together so closely as to make it absolutely impossible to distinguish any pause between impulses, even at very low engine speeds. The only thing I can liken it to is the action of steam”.

The extravagance didn’t stop there. In January 1930 Cadillac unveiled its V16 engine which had a displacement of 7.4 litres from two banks of straight-eights at an angle of 45 degrees from each other. Other automakers, including Auburn, Pierce-Arrow and Lincoln, also joined the fray, mostly with their own V12s.

Several factors combined to bring this adolescent exuberance of the auto industry to an end. The Great Depression took hold from 1930 and buyers of luxury cars dried up. Chevrolet introduced its first mass-produced in-line-six in 1929. Drawing on Buick technology, it featured overhead valves in an era when side-valves were the norm. GM advertised it as “a six for the price of a four”.

It cut into the sales of Ford’s model A (a four-cylinder) to such an extent that Ford decided to counter-attack by producing the world’s first mass-produced, low-priced V8 engine with a cast-in-one-piece block in 1932. Straight-sixes and V8s were destined to play an important role (alongside the inline 4s) in the motoring history of our country.

The straight-six’s strong suit is smoothness. It is the simplest engine layout which possesses almost perfect primary as well as secondary balance without the need for a balance shaft. In cars, the affordable American straight-sixes produced from the 1960s onward found a special place in the hearts of SA motorists because they combined inherent smoothness with exceptional durability, remarkable reliability and exemplary ease of maintenance.

The GM sixes, until their final incarnation in the Chev 4100/3800 range, were famous for dependability. Chrysler’s 3.7-litre, slant-six engine (1959-2000), became a legend for fuss-free durability. It propelled the Valiant range to the position of top selling car in SA from 1966 to 1968.

Ford’s 4.9-litre straight-six used in the F-series bakkies from 1965 to 1996 earned itself the epithet “bulletproof”. Among European carmakers, BMW, marching to its own drummer, has stuck resolutely to the straight-six engine as its favourite powerplant.

But times change. As the sensuous lines of a Valiant Barracuda gave way to the dumpy practicality of the generic eco-mobile, the relatively long engine bay needed for a straight-six became a liability. Some manufacturers switched, first to V-engines and boxers, and then to smaller, lighter, turbocharged engines.

We will look at these designs in the next instalment.

Petrol fuel injection has made strides since it first appeared on mainstream cars in the mid-1980s (Diesel fuel delivery has always been by ...
Motoring
11 months ago

Modern cars, bristling with sensors, are good at warning you that something on them is amiss. They are not so good at distinguishing between major ...
Motoring
11 months ago