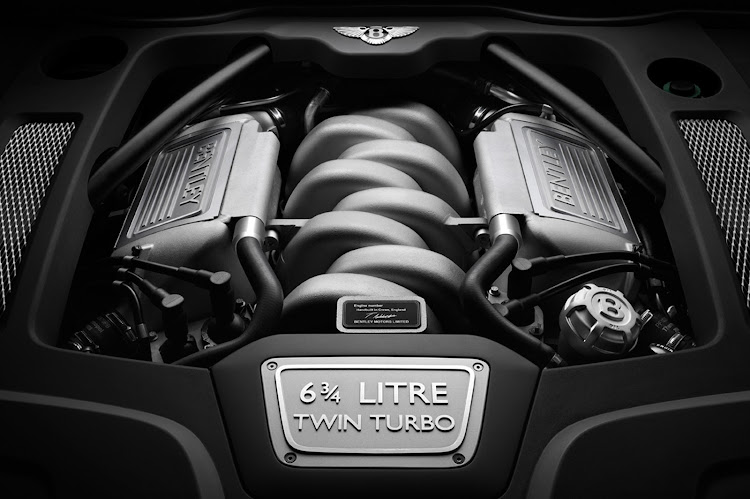 The V8 engine design has been used in various guises by car makers the world over.
Image: Supplied

We commence the second part of our overview of internal combustion engines with a brief look at the legendary V8 engine. Ever since Ford's advances in casting techniques made the production of a low-cost V8 possible in the early 1930s, this engine layout has occupied a special place in the dreams and memories of car nuts. For a while in the late 30s and early post-war years, the V8 engine became almost synonymous with Ford.

Different crankshaft designs can be used with a V8, but the one chosen by Ford for its 3.9-litre Flathead (sidevalve engine), and subsequently favoured by almost all American manufacturers, was the so-called cross-plane crankshaft. This layout produces the very distinctive, deep, V8 rumble which is surely one of the greatest sounds in all of creation. With suitable counterweights on the crankshaft, these engines can also be made exceptionally smooth. I once spoke to a Ford mechanic who did his apprenticeship on sidevalve V8s. The valve clearances on the Flathead weren't adjustable, and could only be altered by grinding a tiny bit of metal off the end of the valve stem.

Mechanics were so familiar with this operation that they could predict exactly how many “thou” (thousandths of an inch) you will take off with one turn of the grinding wheel. If the valve clearances were spot-on, the engine would be so smooth that you could place a pencil upright on the engine block while the engine was idling and it would not topple over. In the workshop where this mechanic spent his apprentice years, this was the final test applied by the formidable foreman before the car could go back to the customer. A pencil that toppled on a car you had attended to was not viewed sympathetically.

Ford's main rival in the low-priced field, Chevrolet, had to wait until 1955 before it received its own V8 engine. But it was worth the wait. This engine, which started out with a displacement of 4.3 litres, would eventually grow to 6.6 litres, but it was in 5.7 litres (350 cubic-inch) form that it achieved immortal fame. Although it was discontinued on GM assembly lines in 2003, it is still being built by a GM subsidiary in the US, as a crate engine for replacement purposes, and to satisfy the hot-rodding community. More than 100,000,000 (that's right – a hundred million) SBCs have been built, and for an engine aficionado, the letters SBC will forever stand for “Small Block Chevrolet”.

Thomas Falkiner swaps his laptop for some time in the 2021 Ford Mustang Mach 1 – a focussed piece of Americana that turns out to offer a lot more ...
Motoring
2 weeks ago

The V8 engines in many European supercars, in particular Ferrari, use a flat plane crankshaft. They produce a completely different sound. Two engine types which both had roots going back to before the second world war, were the two-stroke engine (as used by DKW), and the air-cooled, flat-4 engine which powered each of the 21.5 million VW Beetles produced from 1938 to 2003. The two-stroke engine, found on many motorcycles at one stage, had the virtue of great simplicity and compactness, combined with useful torque output. Every downstroke of a piston is a power stroke – hence the emblem 3=6 displayed on the DKW 3-cylinder cars in the fifties.

Despite this, it has fallen out of favour for cars, although huge two-stroke diesel engines are still being used in ships and diesel-electric railway locomotives, where forced scavenging can overcome the two-stroke's achilles heel. At the other end of the scale, it is also popular in things like outboard motors and chainsaws, where its light weight and the ability to operate in any orientation, even upside down, is an advantage.

As far as the boxer engine is concerned, enthusiasm for this engine type has waned since the days when even the mighty GM fitted an air-cooled flat-6 engine in the back of their ill-starred Chev Corvair. Only Subaru, Porsche and (some) BMW motorcycles have remained loyal to the horizontally opposed layout.

Air-cooling proved to be another cul-de-sac on the road of engine evolution. In the 1990s and the first decade of the 21st century, V6 engines gained in popularity due to their shorter length, which could fit into shrinking engine bays.

As emissions regulations and fuel prices pushed car makers into downsizing, we have recently seen a swing to small, 3-cylinder inline engines for compact cars. A 3-cylinder has a host of purported advantages: it's lighter, it's cheaper to build (though we don't see car prices dropping), it's more compact (but space in the engine bay is still a problem), it requires less maintenance (one fewer spark plug to change!), it gives better fuel economy (that depends, as we shall see). Unfortunately, a 3-cylinder also has some drawbacks.

Triples produce pesky vibrations, which is why most modern ones incorporate a balance shaft. Their ignition events occur every 240 degrees of crankshaft rotation, and then produce a power stroke for the next 180 degrees. So, not only are the power strokes not overlapping, they are actually interspersed with “dead” gaps. That is difficult to smooth out. A heavy flywheel will absorb some of the jerking, but the engine will inevitably be down on torque at low speed. A turbocharger must come to the rescue, but if you use that injudiciously, fuel consumption rises.

To mangle an old saying, isn't it a case of losing on the swings what you gain on the roundabouts?

Engines have always held a particular fascination for car nuts. For well over 100 years, the internal combustion engine has ruled the world's roads, ...
Motoring
1 month ago

Petrol fuel injection has made strides since it first appeared on mainstream cars in the mid-1980s (Diesel fuel delivery has always been by ...
Motoring
1 month ago

Modern cars, bristling with sensors, are good at warning you that something on them is amiss. They are not so good at distinguishing between major ...
Motoring
1 month ago