Become a more enlightened driver with the BMW Driving Experience 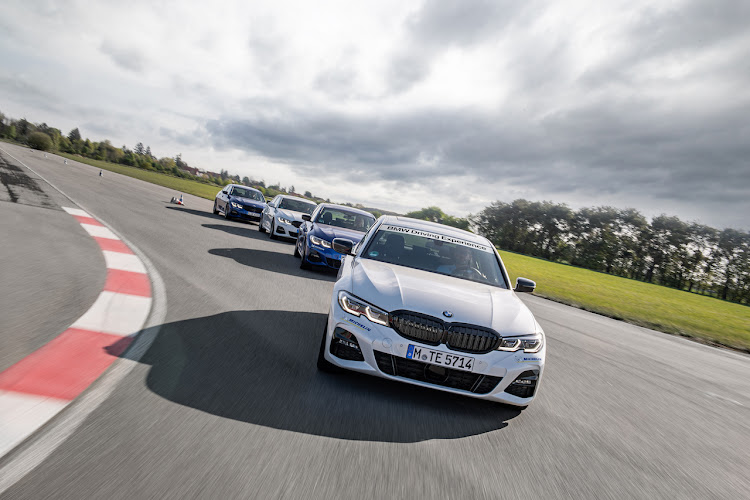 The BMW Driving Experience programme teaches you how to become a better and more mindful driver.
Image: Supplied

Observing driver behaviour in Johannesburg, it is clear most could benefit from lessons in mindful automobile operation and basic etiquette.

According to Arrive Alive, 3,200 people are killed on roads around the world every day, most in countries with emerging economies. SA’s contribution to that number is 40 deaths per day and 15,000 annually. Our mortality rate per 100,000 citizens is one of the worst in the world.

I signed up for a defensive driving course with BMW SA, spending a day in the G20 3-Series, in a bid to become a better driver. Road safety is everyone’s business.

In this programme, you will learn about hijacking prevention, explore the dynamics of car control on a skid pad and grasp the art of driving with the intention to prevent collisions in spite of others’ mistakes, bad roads or bad weather. The first rule? Leave enough room for yourself on the road so you can make an evasive manoeuvre should there be the need to do so. Be aware of your surroundings, stationary fixtures like trees, and moving hazards like animals and people. Be aware of the road surface quality — those pesky potholes — and be aware of speed limits.

Desmond Moss, our instructor who has been a driver trainer for 24 years, suggested it is unwise to think it will never happen to you. Preparedness is key, even if it is a nightmarish scenario one tries not to contemplate.

Conduct a brief inspection of your car before getting into it. Pay careful attention to your rear-view mirror in the event you are being followed. Another big talking point is de-escalating the situation should you have the unfortunate position of being confronted by an assailant. Your wellbeing is more valuable than your vehicle and your actions can mean the difference between life and death.

Communicate calmly and comply. If you have children in the vehicle, ensure you let them out of the vehicle before surrendering it to the perpetrator.

Technology is key to the safety of modern automobiles. On a low-friction surface like a skid pad, one sees systems such as the electronic stability programme and traction control at work, using the braking system and reducing engine power to keep the vehicle on the course the driver intended. If you fancy yourself a drift queen or king, please go sideways in the correct environment and off public roads. The anti-lock braking system might be an old creation, but its benefits remain a marvel, allowing the ability to steer and control the vehicle around an obstacle rather than sliding into it.

It's recommended you do your homework before buying a vehicle. Scrutinise the specifications sheets and learn about what it offers in terms of passive and active safety features. Does it have a good safety rating? Let the internet be your guide. The BMW 320d we drove featured an SOS button, dispatching help in case of a emergency, all part of the brand’s connected services offering. It’s an aspect that brings true peace of mind.

I came away from the course with an adjusted attitude, which is half the battle won on the journey towards driving excellence. The crux of any good training programme is this: you’re not only driving for yourself and your family, you’re also driving for those surrounding you. If we were all mindful and focussed on the task of driving responsibly and courteously it would make a world of difference.

How to stay safe on the roads this Heritage Day weekend

Long weekends often spell carnage on SA roads. According to historical claims data from Auto & General Insurance, motorists are 25% more likely to be ...
Motoring
1 month ago

These are SA’s 10 most affordable SUVs

Looking for a subcompact crossover on a budget? Here’s the bang you get for your buck.
Motoring
1 month ago