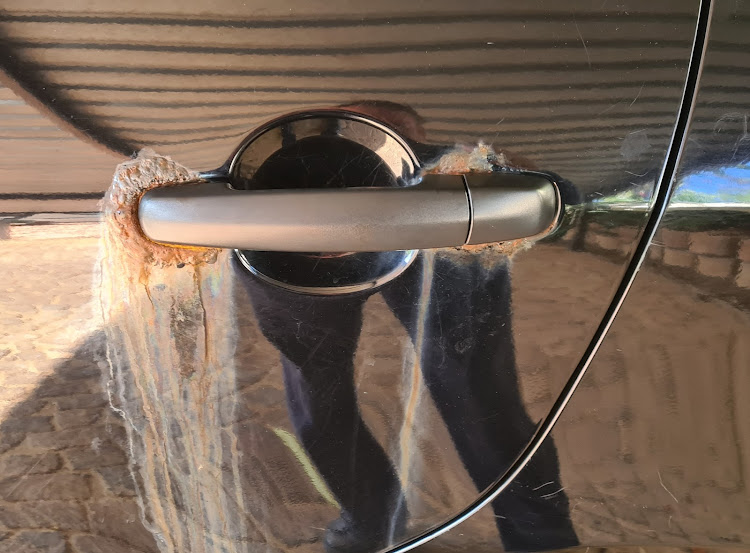 The battle isn’t over for the owner of a Suzuki Swift that became severely corroded.

Michael Stewart purchased a 2017 1.2 GA derivative as a new vehicle from the Bramley branch in Johannesburg. The vehicle was relocated to Cape Town in 2018.

Before the first round of national lockdown in March 2020, Stewart claims he noticed rust forming on the body of the Swift.

He took the vehicle to the Suzuki dealership in Table View – where it had been serviced since moving – for an inspection. A lengthy back-and-forth resulted, only coming to a head as the first quarter of 2021 drew to an end, when Stewart was told that repairs were not warrantable. They believed the damage was a result of water. Extent of the rust went as far as the undercarriage.

The manufacturer commented that “water damage is from the long standing close to the sea” in an e-mail statement, when this publication initially ran the story in June.

The owner countered by saying the dealership neglected to stay abreast of the annual bodywork inspection, as evidenced by the empty corresponding pages in the handbook.     He alleged that he was asked in February this year to bring the handbook to the dealership, which he did, after taking pictures of the blank sections. He claimed the vehicle was not parked in an area where it would be vulnerable to submersion.

“I also explained I have two other cars in Cape Town under the same conditions, both of which are much older than the Suzuki and neither have rust issues,” he said.

A complaint was lodged with the Motor Industry Ombudsman of South Africa (MIOSA); whose recommendations were released to the owner on September 23. The organisation sided with the manufacturer. Stewart had been aiming for a full refund.

Their report concluded: “According to the information at our disposal, the failure is due to extensive water damage and not due to a manufacturing defect.

“The respondent also confirms that the year body inspections are incomplete and as a result we cannot hold the respondent liable for the necessary repairs and recommend that the complainant must attempt to claim from his insurer.” 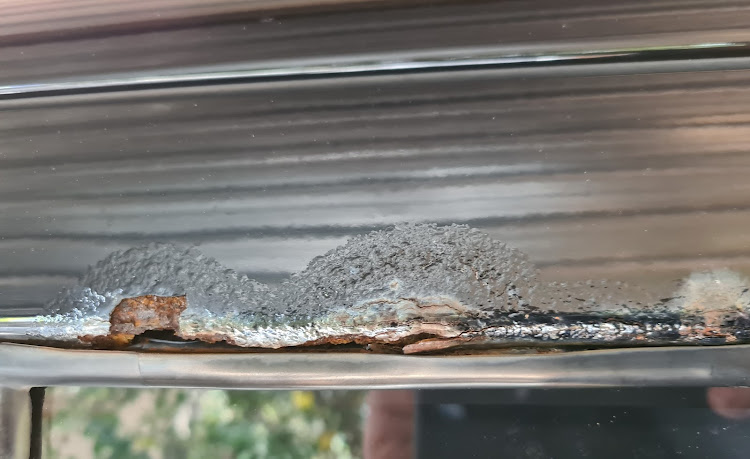 Stewart has since escalated his complaint to the National Consumer Commission (NCC), which is the next step in recourse for complainants dissatisfied with a MIOSA outcome.

“I do not agree with the response from Suzuki South Africa regarding so-called ‘extensive water damage. This car was in Cape Town during the drought when they had severe water shortages and the only water that ever got on this car was normal rainfall.

“Are Suzuki saying their cars are unable to be left outside or are they saying it was exposed before the car was sold to us?

“As regards to the body inspections, the car was only serviced by an authorised Suzuki dealer in Table View and surely, they cannot hold the owner responsible if their own dealership does not do what he is supposed to.”

“The respondent states that a pre-approval was submitted on the rust repair in February of 2021. They advise that the vehicle was sent to one of their approved panel beaters for a report on the rust as well as quotations and confirm that the claim was concluded and rejected on the 19th of April 2021.”

We received feedback from readers who encountered similar issues. The most recent was from Tony Marais who purchased a 2019 Swift GL new, in East London.

“In January 2020, going in for its first service, I pointed out a lot of corrosion on the bodywork and engine bay. This I pointed out the morning when I handed my car over to be serviced. The owner’s manual was stamped and dated for the service – the part where they do body inspection was also stamped, but no notes were made about corrosion I pointed out.” 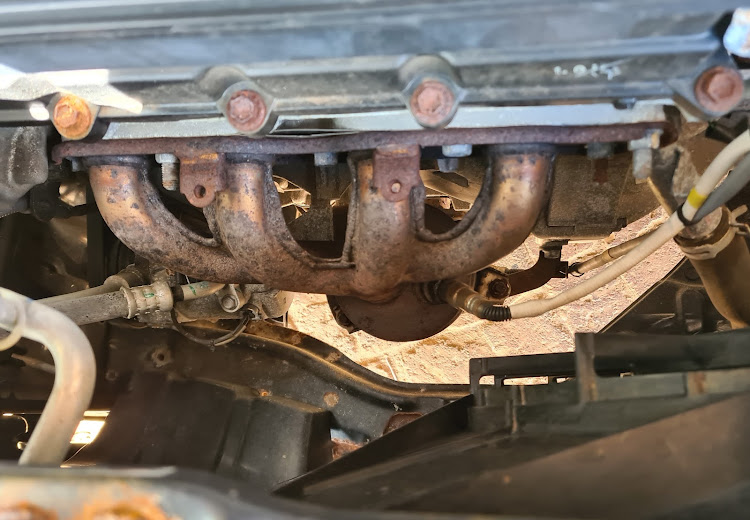 Rust was also found on the exhaust manifold.
Image: Supplied

“The service adviser gave me names of four Suzuki-approved body repair shops and instructed me to go get quotes and submit it.

“A year passed with me regularly following up and every time being told they were still waiting for head office to approve”.

When approval was finally received and the repairs completed, Marais said he received the car in a poor state.

“It was scratched, dented, with broken plastic trim, different colours sprayed in the engine bay and most of the body corrosion not even addressed. Then the dealership turned around and said it's best if I take it directly to the body shop and deal directly with the body shop. Even the brand new left front door that was fitted had corrosion on it.

“I have emailed head office a number of times and you don’t get assistance. I've had such verbal abuse from the dealership, saying I’m full of nonsense, I will never be happy and satisfied, I'm making a lot of work for them – even as far as saying I just want to fight and complain as I get a kick out of it.”

We forwarded the correspondence from Marais to Suzuki South Africa on September 15. The company provided feedback on September 30: “The dealer in question, Suzuki Port Elizabeth, made contact with Mr Marais to discuss his expectations.

“As a result of the conversation between the dealer principal and the customer, the vehicle was taken to the dealership on September 20 2021.

“After many months during the customer care journey, all concerns were discussed. It was determined that the way forward, and in order to satisfy the customer, a refund on the vehicle was agreed.

“This was facilitated by the dealer and in agreement with the customer. The dealer and customer settled on an agreed amount and the case has been closed.”

Suzuki Swift owner Michael Stewart said the brand’s service knocked his socks off for all the wrong reasons. His 2017 1.2 GA is corroded so ...
Motoring
10 months ago

When Hendrik Janse van Rensburg took delivery of a 2006 Nissan Pathfinder 4.0 V6 in February this year, he figured he would be in for sturdy, ...
Motoring
10 months ago