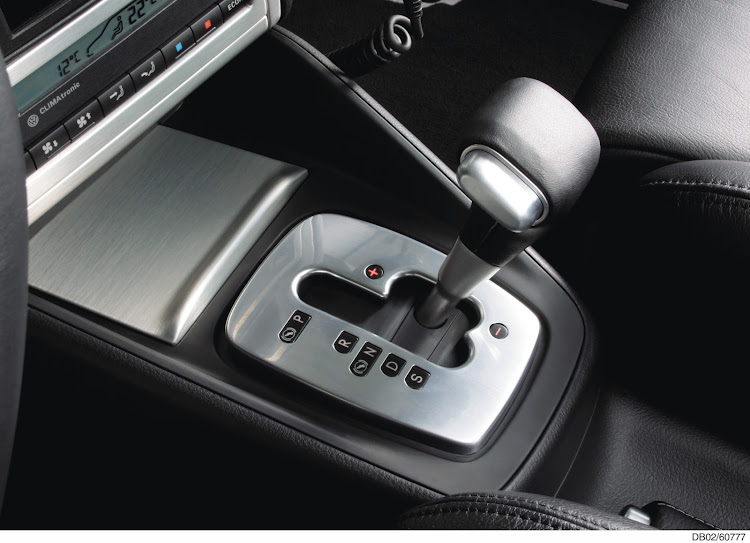 Semi-automatic gearboxes are a complex science – one best left alone by the DIY enthusiast.
Image: Supplied

The advantages of doing basic maintenance on your own car are undeniable. It saves you money, it allows you a free hand in deciding which brand of spare parts you choose for replacements, it motivates you to get to know your car, it gives you the satisfaction that comes from a job well done.

But there are potential pitfalls. Let's look at a few of the more important ones.

Biting off more than you can chew

In my own experience this is an ever-present worry. The worst case scenario is that you start dismantling, go past the point of no return, and then run into something for which you are not equipped. The only way out then is to call in a mobile mechanic, and hope that he can rescue you. This may be one of life's ways of keeping us humble, but it's not something we relish. Fortunately, the internet, and especially YouTube, is an invaluable resource for the home mechanic. In the vast majority of cases you will be able to find a video illustrating the required procedure on a vehicle similar to yours, or a discussion on an owners' forum pointing out hurdles. Study these carefully, pose questions in the forum if anything is obscure, then consider whether you will be able to complete the job.

Two possible methods can be used to estimate the time needed to complete a job. In the first, you make your best estimate after getting an overview of everything you would have to do. Then you double the time. Three days becomes six days. The second method proceeds as the first until the final step. Then you double the figure and scale up to the next bigger time unit. Three days becomes six weeks. The second possibility is not conducive to domestic harmony. The simple fact, not universally appreciated, is that even a trivial job can produce unforeseen complications. Take the case of a straightforward oil-and-filter change. With the engine nice and hot, you crawl in there, drain tank at hand, only to discover, when you unscrew the sump plug, that its washer is badly chewed up. You have to get a new one, otherwise the engine is going to leak oil. But it's Saturday afternoon. Friendly Fasteners downtown only opens on Monday morning. Thus one hour becomes two days. This example has special significance for the owners of a popular brand of one-ton bakkie sold in SA. The five-cylinder diesel engine in these bakkies has an oil pump that is not self-priming. If you drain the engine oil, you have to put in new oil within 10 minutes, otherwise the pump loses its prime and will not be pumping oil when you start up. The consequences are too ghastly to contemplate. The dealer's workshops know this, but one wonders how many owners, especially people who buy the bakkie second-hand, are aware of it. I will refrain from commenting on such a design feature, except to emphasise that it rules out the traditional cup of coffee while the old oil is draining, and it may produce amazing skill at straightening chewed-up washers.

Beware of the electrics

Back in the day, the first thing you did when working on car electrics (alternator, starter motor, fuses, and so on) was to disconnect the battery. No longer. On many modern cars the electronic control units object to being deprived of battery power by insisting on “resetting” themselves afterwards, or being reset with dealer assistance. To prevent an unwelcome display of blinking lights on the dashboard, it's a good idea to invest in a “memory saver” device that you can plug into your car's OBD2 port to keep the electrical circuits powered up while you are replacing the battery, for instance. As a general rule, any work on a modern car's electrical system (including expressly the installation of aftermarket accessories) should only be entrusted to a competent auto-electrician. Auto-electrics is such a rapidly evolving field that technicians have to attend regular refresher courses at considerable expense (and loss of income) just to keep abreast of developments, so it stands to reason that their fees will not be low. But to replace a fried ECU will be orders of magnitude more expensive.

We are witnessing a proliferation of semi-automatic gearboxes going by names such as  dual-clutch, manu-matic, clutchless manual, paddle-shift, Steptronic, and so on All spawned by an apparent phobia of having to depress a clutch pedal to change gears manually. Of course, the traditional torque converter automatic transmission would take care of this dreadful chore, very reliably and efficiently in its modern incarnation. For some reason, however, this wasn't good enough. Hence the lemming run to electronically controlled gear-changing — and to CVTs which harbour their own set of gremlins. Home mechanics should avoid these industry aberrations like the plague. Oil changes, for example, often require highly esoteric oil formulations. And, horror of horrors, don't even think of tampering with the mechatronic control units.

Petrol fuel injection has made strides since it first appeared on mainstream cars in the mid-1980s (Diesel fuel delivery has always been by ...
Motoring
1 year ago

Modern cars, bristling with sensors, are good at warning you that something on them is amiss. They are not so good at distinguishing between major ...
Motoring
1 year ago