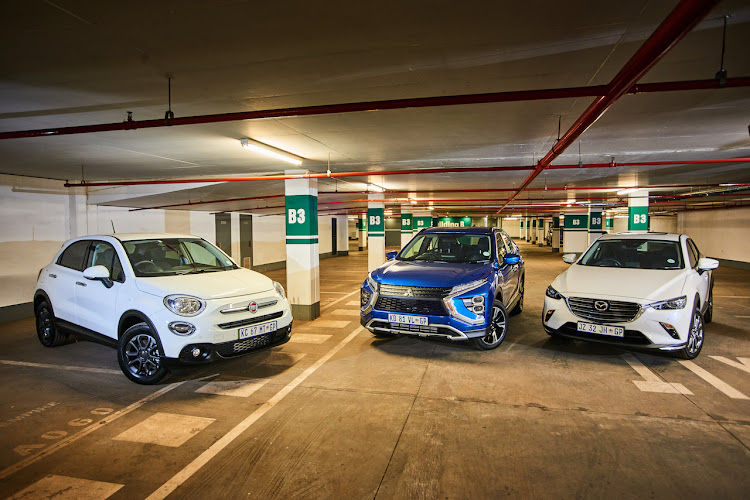 It is frequently opined that car consumer advocates should be making a bigger noise about the pre-owned market. That is because more people buy used than new in the country. While the three vehicles before you are not second-hand models, they are hardly what you would describe as hot releases.

Still, their collective relevance is well-proven. Each is a covetable representative of a hotly-contested segment that South Africans continue to flock towards. Maybe you already own a Fiat 500X, Mazda CX-3 or Mitsubishi Eclipse Cross, merely three in a category that spans nearly a dozen offerings in total: that of the B-segment sport-utility-vehicle-cum-crossover.

Save for the expected enhancements throughout their respective life cycles, none of these models were recipients of comprehensive refreshes warranting new generation labels. Fiat was the first to market, debuting the 500X on local soil in August 2015. It expanded the Cinquecento family in the way variants like the Countryman and Clubman diversified the Mini portfolio.

In November that year the CX-3 joined the party, riding on the momentum Mazda had been enjoying in the wake of its divorce from Ford. A more affordable, compact alternative to the CX-5, it became an instant hit and remains a decent driver of sales for the Japanese automaker today.

The rarest sight in this company is the Mitsubishi Eclipse Cross, introduced in February 2019. Dimensionally, there is an undeniable similarity to the long-standing ASX, but the Eclipse Cross differentiates with a fresher, coupé-like aesthetic.  Tested here is the Fiat 500X in middle-grade 1.4-litre Cult trim (R449,900); sitting under the R519,900 Cross and Sport models. The range starts at R394,900. 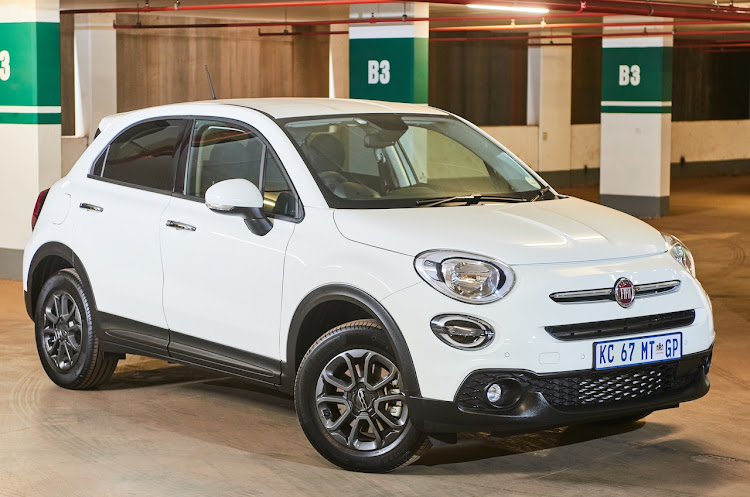 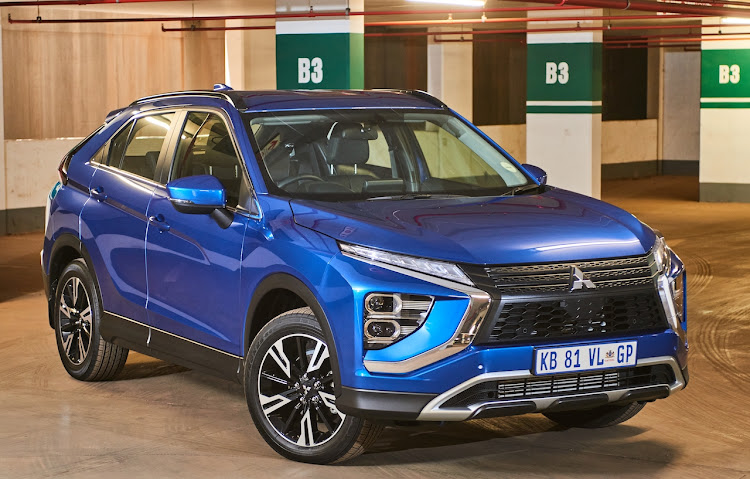 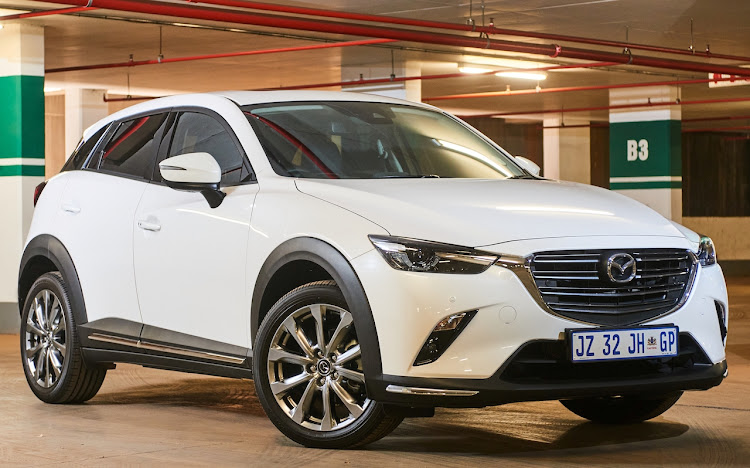 The Fiat 500X draws heavily from the dinky, regular 500 in its overall aesthetic execution. It makes for a charming result, with an endearing doe-eyed face and a huggable, rounded profile. It is 4,248mm long, 1,796mm wide and 1,608mm tall.

Mazda is known for its ability to pen striking shapes and the CX-3 is no different. It looks as seductive as it did when it was launched six years ago. It is a tad longer than the Fiat, at 4,275mm, but narrower by 31mm. Considerably shorter too, with a height of 1,550mm.

Mitsubishi might not win any conventional beauty pageants with their Eclipse Cross, but does seize attention, thanks to its futuristic face with oversized peepers and a grille that looks like a Gillette razor blade. Aside from being the most imposing, it is also the biggest vehicle here in all metrics: 4,545mm long, 1,805mm wide and 1,685mm tall. 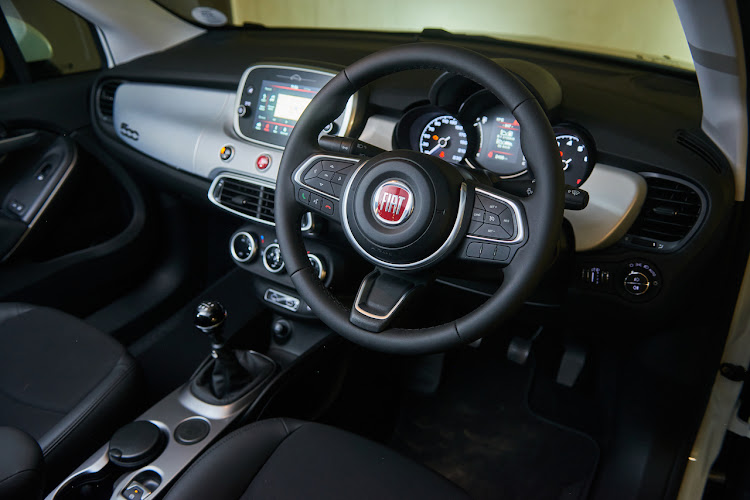 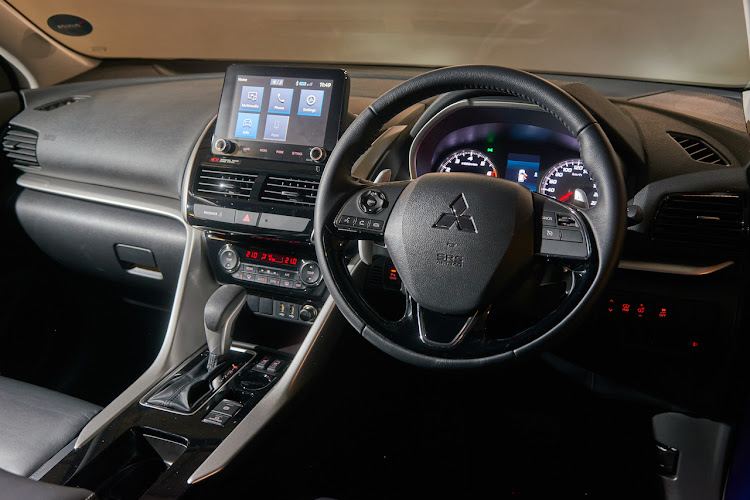 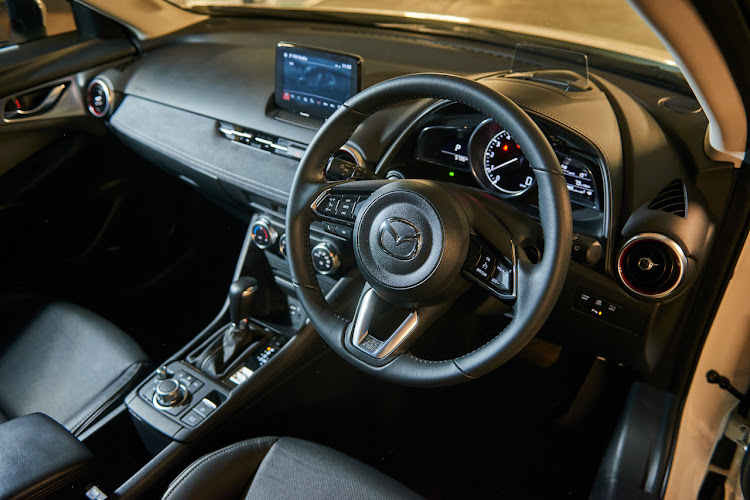 Buyers are right to be discerning when it comes to tactile quality and perceived levels of plushness in a segment like this. Thankfully, there are no nasty surprises to be found in any of these three cabins under scrutiny. Just varying levels of overall refinement.

We can start with the Mitsubishi, easily the highlight from a materials perspective, with a squishy, textured dashboard — and the similarly soft surfaces over the door panels.

A well-padded centre arm-rest cossets elbows, while the seats are clothed in an upholstery choice that convincingly imitates upmarket leather. Amenities are abundant: it is the only vehicle in this test with standard heated front seats. It has a 437l boot, according to the specifications sheet, which appears far less from a visual standpoint.

Few points can be awarded for design, which is nondescript and seemingly a few years out of date. This assertion is evidenced by the outmoded infotainment system, which has the look and feel of Windows 98.

Conversely, the curved, flowing shapes of the CX-3 interior reflect the panache and dynamism of its exterior. The seats are clad in leatherette. Touchpoints are harder than they are in the Eclipse Cross, but are by no means intolerable. The MZD Connect interface, with its rotary dial operation, still has a contemporary flavour. Its luggage compartment is paltry at 264l.

Like its two-door hatchback sibling, the cabin of the 500X has a cheeky persona, with swollen panels and nifty cues such as a shifter lever shaped like a billiard ball. The disparity in solidity is clear, with elements that feel flimsier in comparison to the other two. You see it in the simple details: the flimsy indicator stalks and switchgear that rocks in their housings. At least the digital interface is up to scratch and like the Mazda, it includes on-board navigation. The 500X packs the smallest cargo area, with 245l.

High praise can be awarded to the Mitsubishi for its supple suspension and hushed cruising manner on the whole. Some might criticise it for its indifferent and appliance-like character, but there are many consumers who simply want a calm and comfortable A-to-Z mover and nothing more.

If you want to summon the classic brand heritage of rally supremacy, a 180mm ground clearance might help. It is the heaviest vehicle here, tipping the scales at 1,475kg. The 18-inch diameter wheels are wrapped in fairly sensible 225/55 profile tyres.

The continuously-variable transmission (CVT) goes about its business with the usual character expected of such a configuration, while the 1.5-litre, turbocharged-petrol is far more agreeable than the 2.0-litre, normally-aspirated version. It has four cylinders and produces 110kW and 250Nm. A week of urban and freeway driving yielded a 7.4l/100km consumption figure.

The Mazda rolls on 18-inch wheels too but offers a narrower footprint and less plump sidewalls (215/50). Positioned as having a sportier edge in the category, its suspension is biased towards firmness, a tenet that becomes very clear after a short time in the saddle. The CX-3 handles crisply and feels steady in reflex, but fails to adequately filter out coarse surfaces and other imperfections. Its six-speed automatic is responsive under kick-down manoeuvres, but the normally-aspirated motor makes a pained din when your foot is planted. The normally-aspirated 2.0-litre, four-cylinder petrol serves up 115kW and 204Nm. We achieved 7.9l/100km by the end of our test. At 1,226kg it is the middleweight of the trio. Ground clearance is 160mm.

There was no denying the liveliness and chipper vibe of the 500X. Packing a four-cylinder petrol motor, displacing 1.4-litres, garnished with the turbocharger, the 103kW and 230Nm proved zingy. Achieved consumption was 7.5l/100km. What added to the driving mirth (on the open road anyway) was the six-speed manual transmission. Proceedings were less joyful in traffic, of course, versus the convenience of its two-pedal rivals. It has the least attractive wheels (16-inch) but superb ride comfort and pothole-shrugging ability was ensured by the 215/60 tyres. It weighs in at 1,395kg and has a 163mm ground clearance. 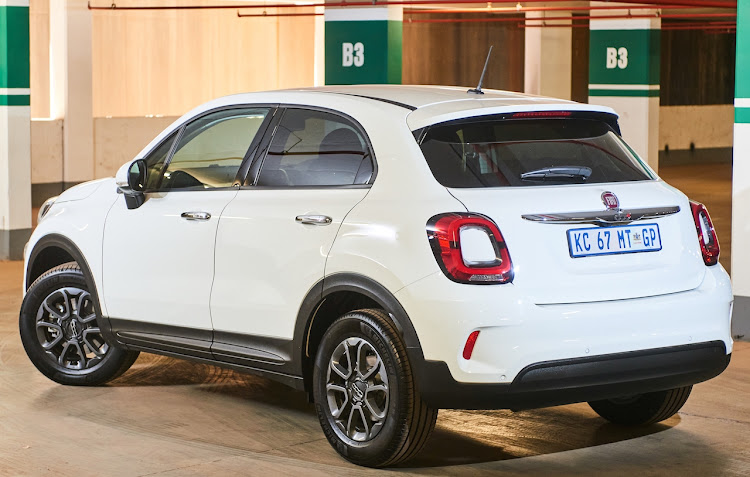 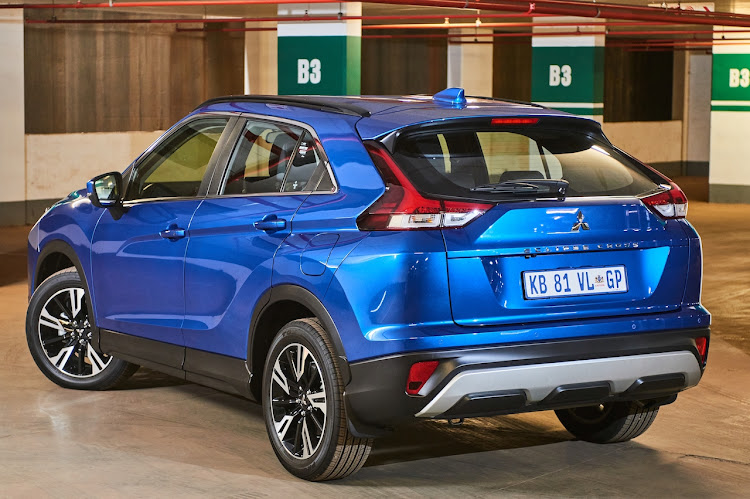 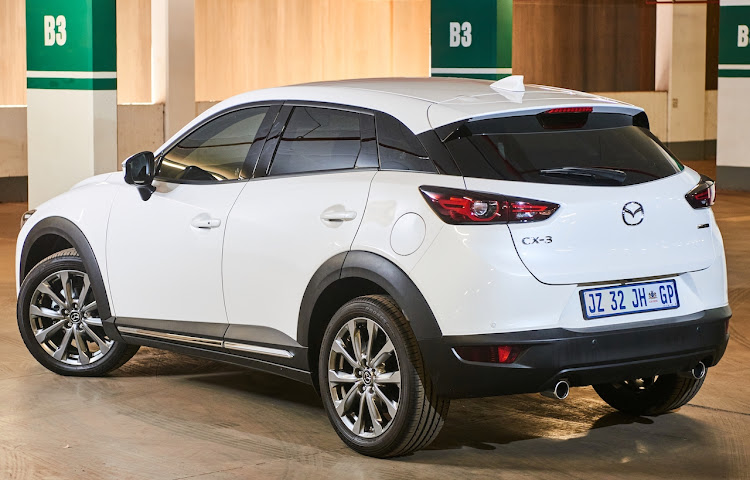 The three are a close match in terms of occupant protection. All have dual front, side and curtain airbags, while the Mitsubishi has an extra driver knee airbag.

Electronic stability control, anti-lock brakes and electronic brake-force distribution are part of the mix too, of course. Crash test ratings? Euro NCAP awarded the 500X a four-star rating in 2015, same for the Mazda CX-3. The Eclipse Cross received five stars in 2017.

It would be easy to recommend any of these models in good faith. They all offer an assuring level of safety kit, positive on-road characteristics and levels of standard equipment that would not leave any buyer feeling underwhelmed.

For buyers wanting the most space and gravel-road-trekking potential, the Eclipse Cross, with its large rear boot and highest ground clearance, would be the clear go-to. The Fiat, meanwhile, possesses an alluring, fashionable charm and zesty motor.

Then there is the Mazda — our overall top pick — with remarkable dynamics, an interior that still looks modern and a visual profile that remains stunning even after all these years. Though, admittedly, it lacks the punch of its turbocharged peers.

Hatchbacks represent the best value out of any body type in SA. But, assuming you have a budget of R300k, which specific variants represent your ...
Motoring
6 months ago

Earlier this year a prominent banking firm said the average amount it financed for new car purchases in SA is R358,390. That would mean a monthly ...
Motoring
2 months ago