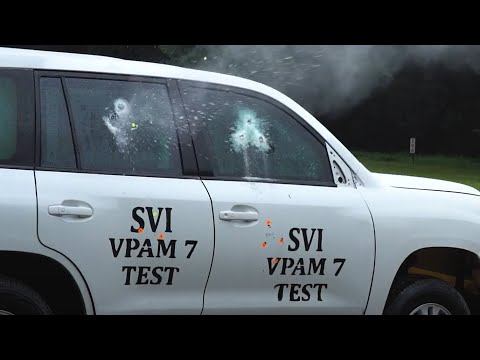 In September TimesLIVE Motoring reported local armoured car specialists SVI Engineering had started developing an armouring kit for the new Toyota Land Cruiser 300. Once installed it will provide B6-level protection against assault rifles such the AK47.

Although the EN1063 B6 standard covers the specification of the materials used in providing protection against the common 7.62x51 mm Nato round, it unfortunately doesn't tell you the quality of the armouring job. Are there any weak points surrounding the cabin or, even worse, ballistic gaps that would allow penetration during an attack?

According to SVI Engineering CEO Jaco de Kock, the only way to know is to conduct independent testing on the complete vehicle primarily focusing on all the possible weak areas, for example the door and glass edges, door locks and air vents to name a few.

Consequently the Pretoria-based company has employed the German VPAM 7 standard that stipulates protection criteria on a vehicle level. The lessons learnt from this will be implemented into the design and development of the Land Cruiser 300 armouring kit.

You can watch how the team identifies weak spots in the ballistic testing video above.