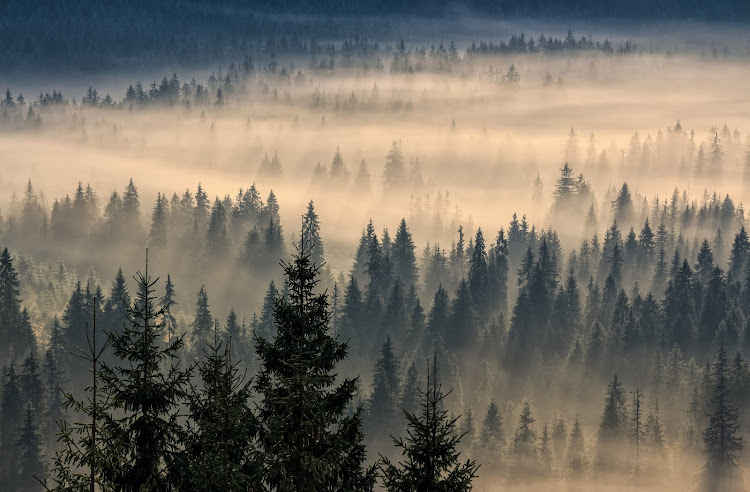 In the valley alongside Germany’s Black Forest lies a potential solution to one of the most vexing issues facing Europe’s transition to sustainable transport.

Some 3.2km underground is enough lithium for at least one million electric vehicles a year, and one miner said it can tap those reserves at roughly half the cost of competing sources and without discharging greenhouse gases.

“We will produce a product locally that’s not only cheaper but also greener than the alternatives,” said Horst Kreuter, Vulcan’s managing director in Germany.

The Australian miner has contracted most of its lithium production and plans to start deliveries by 2026 at the latest.

But there are doubts. The project is based on technology that hasn’t been deployed on a wide scale, and there have been signs of local opposition over risks that pumping lithium-laced brine to the surface could cause tremors.

Short-seller J Capital Research criticised the group as being too optimistic. Vulcan said the October report was “false and misleading” and sued the firm.

Despite the concerns, the project is pushing ahead as it addresses the rising concerns over the environmental impact of building battery-powered cars. From lithium to cobalt, manufacturing a zero-emission vehicle involves even more hard-to-get resources than conventional cars and that comes at a cost to the environment.

Amid intensifying global jostling for dominance of the electric-vehicle sector, the International Energy Agency in May recommended that Western governments consider stockpiling critical minerals such as cobalt, nickel and lithium. Automakers are stepping up battery-recycling efforts and pushing for a foothold in mining to gain greater control over the resources needed to make electric cars.

Volkswagen has set up a facility in Germany to eventually reuse 90% of battery components. Mercedes-Benz maker Daimler AG is backing an initiative for more sustainable production of cobalt, which has been linked to human rights abuses. Tesla struck a nickel deal with BHP Group Plc in July and agreed to a cobalt pact with Glencore Plc in June.

But the key resource is lithium. It was rarely needed in the petroleum-based economy, but some 8kg are required for a modern electric car.

The silvery-white metal generally comes from open-pit mines in Australia or from South America, where there are concerns about water waste and toxic materials released from massive evaporation pools. The raw materials are then shipped to Asia for processing. By the time the lithium ends up in European or American electric cars, a lot of carbon dioxide has been emitted.

As the transition gathers pace, BloombergNEF expects demand for the minerals in lithium-ion batteries to grow fivefold by 2030. A global index of lithium prices has more than tripled this year, buoyed by surging electric-car sales in China, the US and Europe. 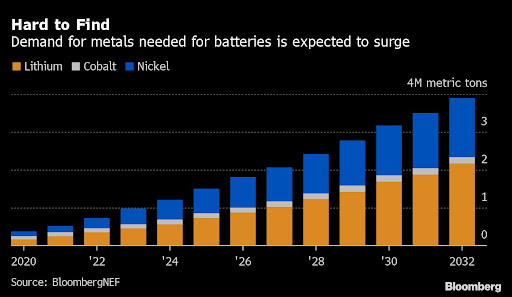 Automakers are under pressure to clean up their supply chains to meet sustainability targets, and Vulcan said Germany’s lithium can play a role.

For decades geothermal plants in the Upper Rhine Valley have been pumping up hot fluids from beneath the earth’s surface to generate electricity, a form of renewable power. The facilities never bothered about the lithium in the brine, but Vulcan plans to add an extraction step before the fluid is reinjected.

About half  the electricity created in the process would power the lithium production, while the other half could be sold. Vulcan has set up a small pilot plant and in late September produced its first batch of battery-grade lithium. It plans to start larger-scale production in 2024, Kreuter said.

There are challenges to Vulcan’s method. The brine is a complicated slurry including potassium, iron, manganese and sodium — impurities that need to be filtered out before the lithium can be put into batteries.

Public opposition has derailed new geothermal projects, and locals are on the alert after past incidents. In the Black Forest town of Staufen, dozens of buildings suffered cracks following geothermal drilling in the early 2000s. Just a few kilometres across the Rhine in France, authorities last year shuttered a geothermal plant near Strasbourg after boring sparked minor earthquakes.

Producing commercial quantities of the metal from deep-well brines has never been done, and Vulcan has to prove it can source the money to set up the plants. So far, the company has raised about €200m (roughly R3,625,516,000).

With lithium demand booming, the concept is catching on. BMW AG invested in Lilac Solutions, a US startup backed by Bill Gates that aims to extract lithium via a similar method from California’s Salton Sea. German utility EnBW AG is studying the feasibility of producing deep-well lithium in the Rhine valley.

Kreuter said he’s confident Vulcan can convince regulators and the public that its project will make lithium production more sustainable. For the company, the economics of the plan are just as attractive.

“We can fund production of the brine via the sale of renewable energy,” Kreuter said. On top of that, “we don’t have the costs of developing and operating a mine”.

Global NCAP and the Automobile Association of South Africa (AA) launched on Thursday a new round of #SaferCarsForAfrica crash test results with the ...
Motoring
1 month ago

There is plenty to look forward to from a motoring perspective in 2022. This week we quizzed all the automakers in the land about their product plans ...
Motoring
1 month ago

Local manufacturers produce only vehicles powered by internal combusion engines, which are being phased out globally, while SA consumers are put off ...
Motoring
1 month ago