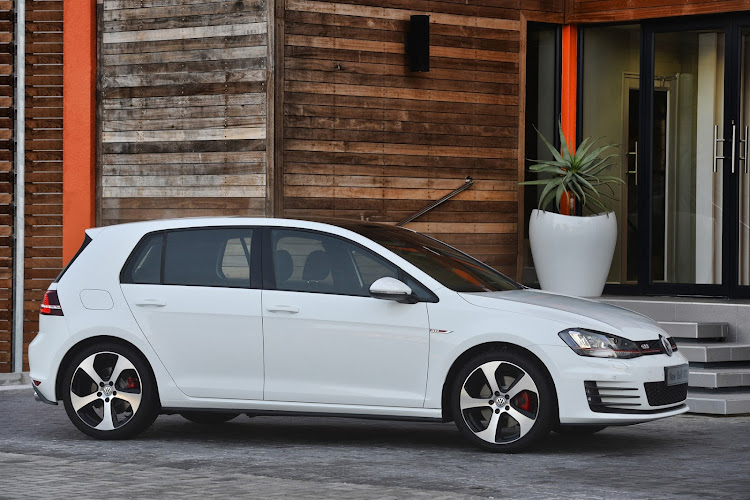 The 2013 Golf 7 GTI could be had with a manual gearbox.
Image: Supplied

While Volkswagen was not the first manufacturer to use the GTI acronym, many will argue that it made the arrangement of letters famous.

Nobody can dispute the success of the Golf GTI – lauded as the creator of the hot hatchback category – with a famed reputation forged over eight generations.

In July 2013 the seventh-generation Golf GTI arrived on local shores. Today it remains a sought-after purchase on the pre-owned market. This guide focusses on the GTI in entirety and excludes the GTD and R.

Manual was still a choice

At launch, it carried a price of R368,300 for the manual, while the dual-clutch automatic (DSG) went for R382,800. Of course, there was an options list (there always is when it comes to German marques); but even if you forewent extras, the core ingredients of the GTI seemed enough to keep aficionados happy.

Compared to the sixth-generation model, it is 42kg lighter, with more torque (350Nm compared to 280Nm). The 162kW output was exactly double that of the original Golf GTI and 7kW more than the outgoing vehicle. It was all courtesy of the EA888 motor, wielding a 1,984cc displacement, turbocharged and employing a dual-injection system. Adding lightness was part of the agenda in this department, with the engine using a weight-optimised crankshaft, a plastic oil pan and aluminium screws. 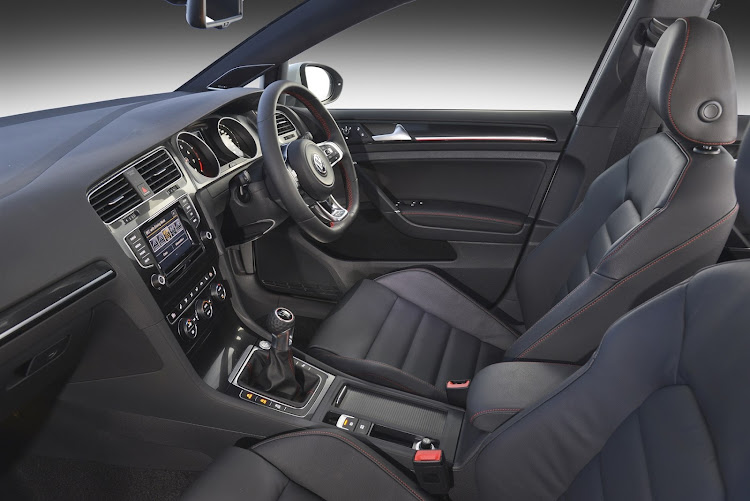 Like the regular Golf, it had an exquisite interior.
Image: Supplied

Aside from the obvious visual elements, the exterior of the 7 GTI was set apart by red brake callipers, smoked LED rear lights, chrome tail-pipes on either side and 18-inch Austin alloy wheels. It rode 15mm lower to the ground than a garden variety Golf. Also noteworthy was the improvement of the electronic differential lock system, dubbed XDS+ in Volkswagen parlance.

The system was integrated into the electronic stability programme. It quelled understeer through targeted brake interventions at the wheels on the inside of the bend of both axles. Basically, XDS+ aimed to keep things tidy, allowing even the most novice driver to slice through a Cape mountain pass without ending at the bottom of a ravine.

A progressive steering system which required smaller input angles enhanced the sense of responsiveness from behind the wheel. The optional dynamic chassis control unlocked three modes: Comfort, Normal and Sport. Self-explanatory. Toggling between the modes yielded marked differences in suspension behaviour, even acoustics.

These technical innovations, coupled with the praiseworthy MQB platform, had essentially made the Golf 7 GTI a fool-proof performance tool. Volkswagen claimed a 6.5-second 0-100km/h sprint time for both the manual and DSG. The latter was favoured for its convenience, in addition to delivering the characteristic “vrr-pha” on upshift. 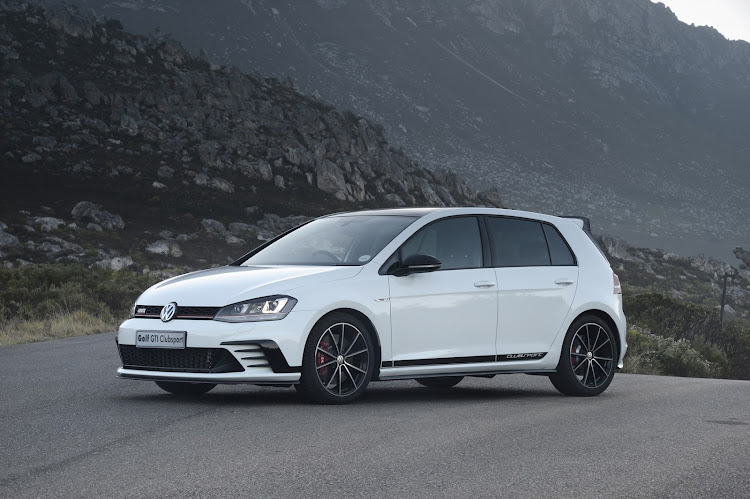 What we said at the time

Testing the Golf GTI with a VBOX at Gerotek, Arena motoring hub’s group editor Denis Droppa extracted a 6.6-second sprint time from the manual. According to his August 2013 report, that made it quicker than rivals such as the Opel Astra OPC (6.8 secs), Mazda 3 MPS (8 secs), Ford Focus ST (7.4 secs), and Renault Mégane RS Sport (6.9 secs).

“Its refinement and ride quality are polished to almost clinical near-perfection, but a healthy dollop of excitement awaits the racy driver who taps into its dark side,” he wrote.

Business Day Motor News senior reporter Phuti Mpyane remains a fan: “Let’s not kid ourselves here, if you aren’t searching ofor a Mk5 Golf GTI, then the next best thing is the Mk7 for driving thrills, styling looks and legend status.”

TimesLIVE Motoring editor Thomas Falkiner had driven the car at its international launch in France. He tasted an original Golf GTI alongside for reference. “The Golf 8 GTI leaves me cold – and frustrated thanks to its terrible digital interface, capacitive buttons and glitchy software,” he said.

“It’s change for change’s sake and really does nothing to advance the breed. Consequently, if you’re in the market for the world’s most famous hot hatchback I’d recommend syphoning your money into a Golf 7 GTI. It’s as good to drive (if not better in facelifted 7.5 guise) with a superior interior that’s nicer to be in and easier to use: an evolutionary zenith where digital and analogue coexist in perfect harmony.”

His parting shot: “And, unlike in the 8, you can get a proper manual gearbox with a golf ball shift lever – nuff said.” 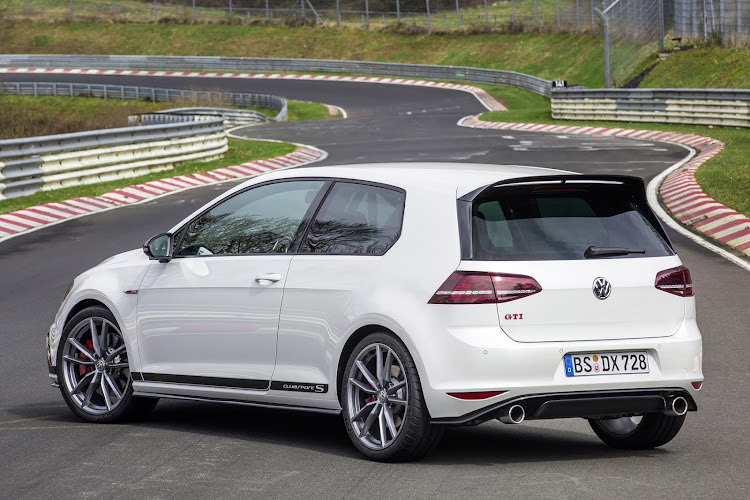 Only 47 units of the hardcore, two-seater Clubsport S came to market.
Image: Supplied

On April 23 2015, Volkswagen announced the release of the Performance Pack. Torque remained at 350Nm but power was upped by 7kW (now 169kW). More importantly, the DCC system was made standard, in addition to slightly larger brake discs. But the Performance Pack’s biggest trump card was the fitment of an electro-mechanical differential lock, rather than the purely electronic simulation of the standard GTI.

It made use of a multi-plate unit located between the right side driveshaft and the differential case, with hydraulic pressure actuated by an electric motor-driven piston pump. If wheel slip was detected at one of the front wheels, the plates redistribute the drive torque from the wheel with the lower grip level to the wheel with the higher level.

“The maximum locking moment is 1,600 Nm, so that if necessary all of the drive torque can be directed to just one front wheel; that corresponds to a locking value of 100 per cent,” according to the technical release. The Performance Pack is distinguished by a red GTI logo and could only be had with the DSG. It carried a new price of R447,800. 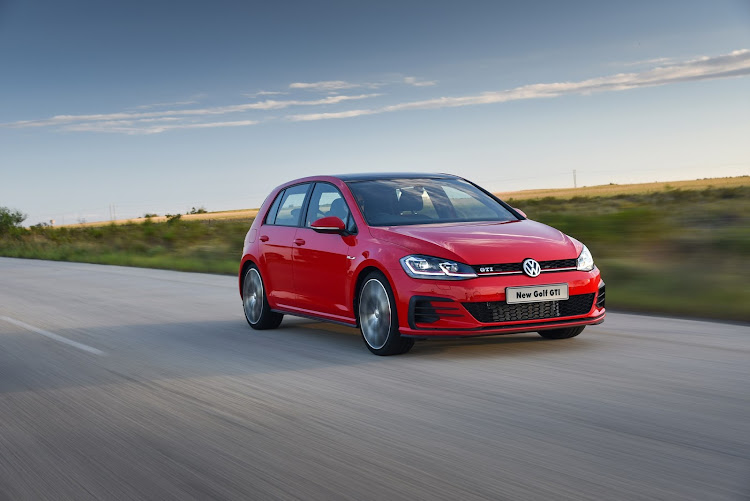 July 2016 saw the arrival of the GTI Clubsport coinciding with 40 years of the Golf GTI. It was basically a Golf R sans all-wheel drive.

Power was upped to 195kW, torque remained at 350Nm – though an overboost function briefly took things to 213kW and 380Nm. The additional grunt shaved time off its acceleration ability: now quoted at 5.9 seconds. Like the Performance Pack, it boasted an electro-mechanical differential lock and DCC.

A meaner exterior package set it apart from lesser GTI models: 18-inch Belvedere wheels (or 19-inch Brescia as an option); redesigned front and rear bumpers, Clubsport lettering down the side, and a rear spoiler. Inside, a velour steering wheel with a red 12 o’ clock mark took focus.

It cost R541,250 and was available exclusively with DSG. If you wanted manual labour, you would have had to wait for the more extreme Clubsport S.

Served in three-door, two-seater format, with a manual gearbox, the Clubsport S came to our market in limited numbers. Only 47 of the total 400-unit production run had been allocated. It cost R742,000 at launch in 2017.

It rolled on Michelin Sport Cup 2 semi-slick tyres and wore the exquisite Pretoria-type alloys (19-inch). It then held the lap record for front wheel-drive production cars around the Nürburgring Nordschleife, posting a time of 07:49:21.

Power was up to 228kW and 380Nm. It was subjected to a rigorous weight reduction programme that saw the removal of insulation material, the luggage compartment cover and spare wheel. It used an aluminium sub-frame, while the chassis was toughened up to deal with track-level velocities and lateral forces.

In May 2017, the Golf 7.5 was launched and the GTI had also been treated to an assortment of subtle revisions. Power in standard form was now up to 169kW. Volkswagen celebrated the end of 7.5 GTI with the TCR.
Image: Suppplied

May 2020 saw the release of the Golf GTI TCR, a swansong commemorating the end of the line for the 7.5 generation. At the time it was reported by Volkswagen that of the 40,128 Golf units sold in the country, 13,230 were of the GTI derivative.

The TCR was said to have been inspired by the Golf racing car in the German touring car formula of the same name. It cost R669,000. Basically, it was a Clubsport with special trimmings.

19-inch Reifnitz wheels, perforated brake discs, sill extensions, a front splitter, TCR roof spoiler, rear diffuser and special decals were part of the deal. Inside, you got Alcantara sport seats. Owners received personalised certificates, while each of the 300 cars for South Africa were numbered.

There is no shortage of Golf 7 GTI stock, so finding good examples ought not to be difficult. This is what we found on the classifieds. Note that there were no trade and retail values available for the Clubsport S and TCR – but given their limited production run and pedigreed status, the trajectory of its values have climbed steadily. 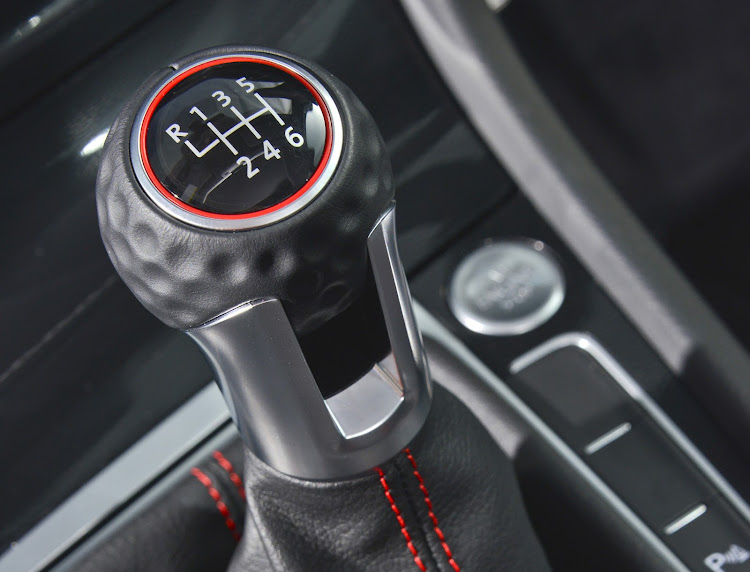 Iconic golfball gear knob is a highlight of the interior.
Image: Supplied

A word on maintenance

Maistry advises that the yearly or 15,000km service intervals are observed, while the DSG transmission needs to be serviced every 45,000km. As always, look for a full service history, insist on a Dekra report and consider the benefits of an aftermarket warranty.

Every model lineage has its game-changer. The iteration that heralded a new direction for the breed. For the Mercedes-Benz A-Class, that step came in ...
Motoring
4 months ago

Your ultimate guide to the Volkswagen Polo Vivo Mk1

The storied history and social impact of the Volkswagen Citi Golf cannot be ignored. But by the time it was put to pasture at the end of 2009 – more ...
Motoring
11 months ago

The F30 designation of the BMW 3-Series left a legacy that will be remembered for a few reasons. Firstly, it was the last example of the breed to be ...
Motoring
1 year ago