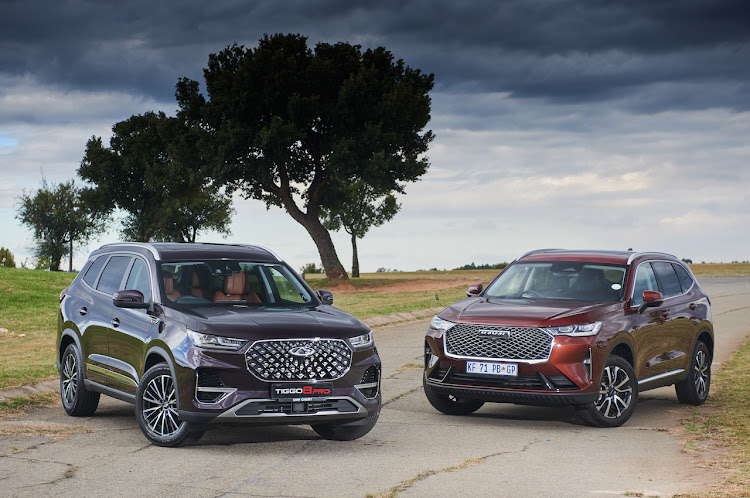 Ask any seasoned motoring scribe about their first Chinese car experience and the story is likely to be an amusing one. Early examples hailing from the country were usually met with derision — with styling that was clearly ripped-off; substandard interior quality, poor refinement and the general sense that you were getting a product that would not last a fortnight.

Oh, how we sniggered at early entrants like the Chery QQ3 and Great Wall Motors (GWM) Steed. Yes, they were cheap (but for good reason). And their safety credentials left much to be desired. There were other shockers, from various brands (many short-lived); like Hafei, GoNow, Meiya, Foton and DFSK, among other handles.

But nobody seems to be laughing at the Chinese in 2022. Manufacturers like Haval, positioned as the upmarket end of GWM, have set local sales charts ablaze. And the latest wares from Chery, now reinvented with a new brand identity, are not to be scoffed at. This week we are zoning-in on two contenders with sights set on the C-segment sport-utility vehicle (SUV) market. The Tiggo 8 Pro and H6 are bringing the fight to nemeses from Germany, Japan, France and South Korea — and in impressive fashion. 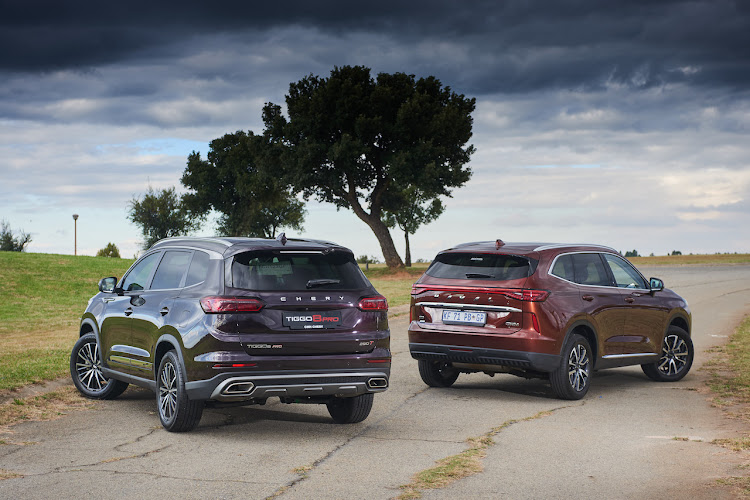 The Chery (left) has a longer tail due to its seven-seat layout.
Image: Waldo Swiegers

Resplendent in a shade of eggplant emoji purple, the Tiggo 8 Pro in Executive grade makes quite a statement. Its toothy grille — adorned by myriad metal pins — trumpets the arrival of the SUV. This octagonal centrepiece, with the Chery emblem right in the middle, is what you would call ornate.

And you will find shimmery embellishments bordering the air-intake ducts and lower front bumper valence. Some have described the stylistic flavours of this Chery as American. You can see what they mean, in cues like the Jeep-esque rear lights. It was the subject of lusty stares during our test period. Partly because of its considerable newness, partly because of its inherent presence.

While the Haval H6 has been around for nearly a year, it too garnered its share of admiring glances. You could put some of this down to the interesting, chocolatey shade, unusual amid a sea of blander shades.

The Haval in Luxury trim seems to have taken a more Teutonic line to its aesthetic makeup. At night, with its rear light bar that spans the width of the tailgate, you might even mistake it for a Porsche Cayenne in the distance. Like the Chery’s, its countenance has a formidable gaze, with a hexagonal grille, slim headlamps and sharp-pleated bumper. Derivative in certain areas, perhaps, but neither vehicle could be described as unattractive, by any means. 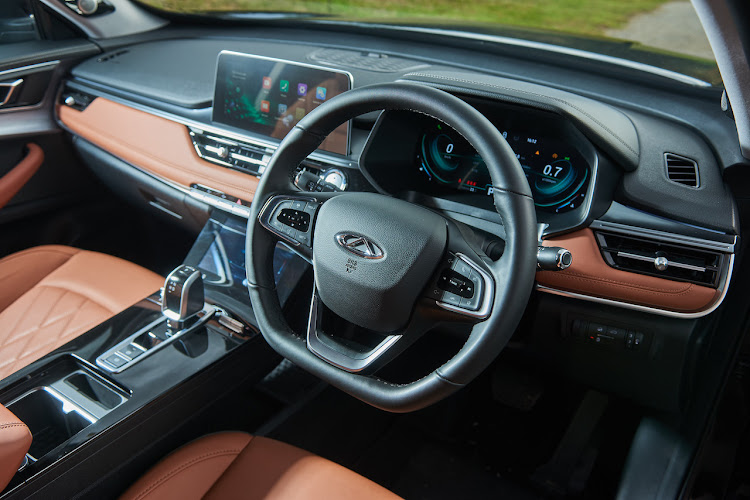 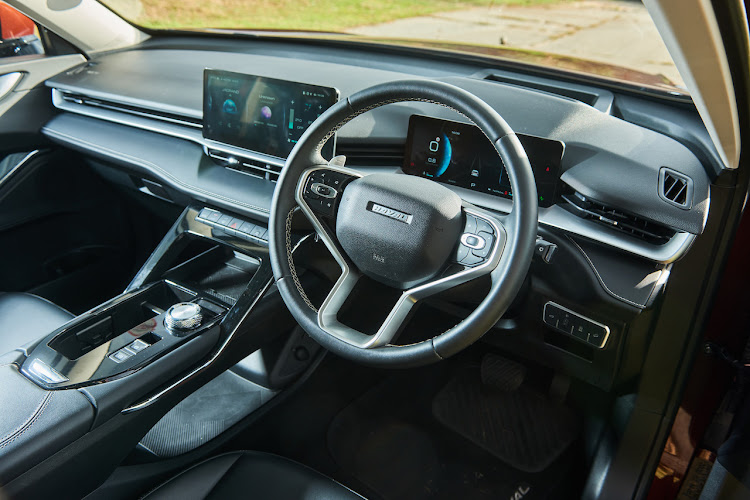 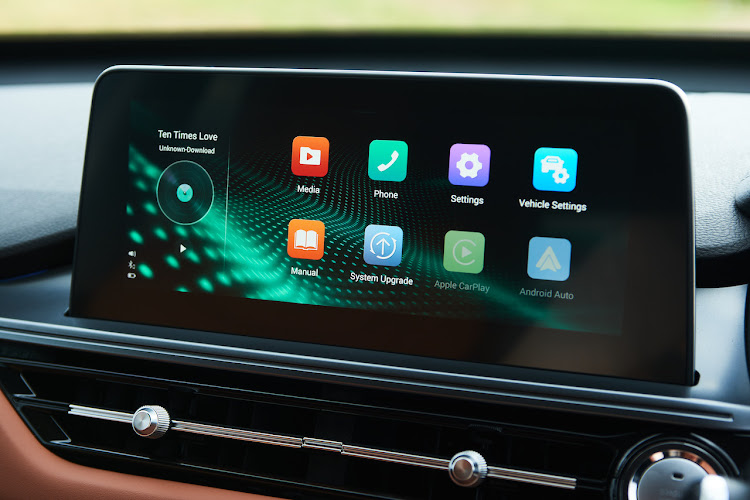 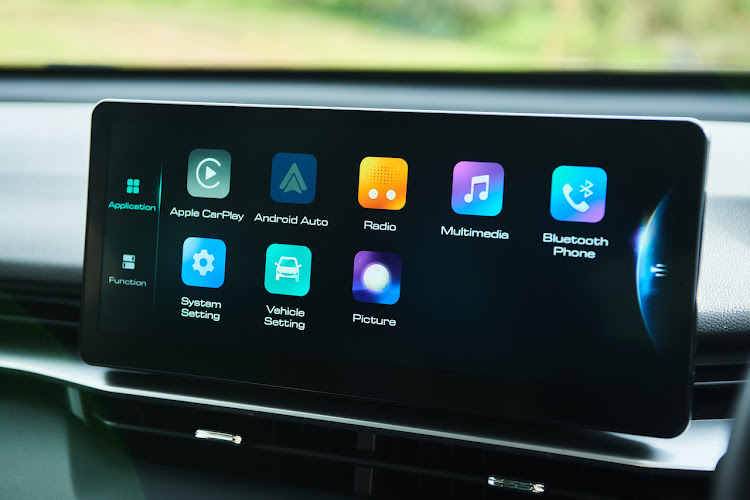 You will struggle to find any blatant evidence of cost-cutting in the cabin of the H6. Its design theme is one of modern minimalism, with certain aspects reminding one of a contemporary Volvo execution. Luggage space with the seats up is 447l and 1,485l folded.

Aside from a single, thin panel of switchgear, the central fascia is devoid of buttons. Gear selection is performed via a rotary controller. Complementing the 12.3-inch touchscreen infotainment screen is a digitised instrument cluster. Both rate well for clarity of display. While the materials employed are of a good standard, the ambience is a dour one; with dark materials and drab silver accents.

Conversely, the Tiggo invites you in with a blend of warm, toffee hues, sumptuous upholstery with quilted stitching, superior seat padding and front head-restraints with folding outer sections, like those in a Range Rover. It feels genuinely cosseting and far more upmarket than the pricetag would have you believe.

No doubt about it, this Chery is a true class act in the area of interior design and perceived quality. There is another ace up its sleeve, being a seven-seater, compared to the five-seater Haval. With the third row up, luggage space is a paltry 193l. Fold the third row and you get 892l. Put both rows down and you can cart a massive 1,930l. 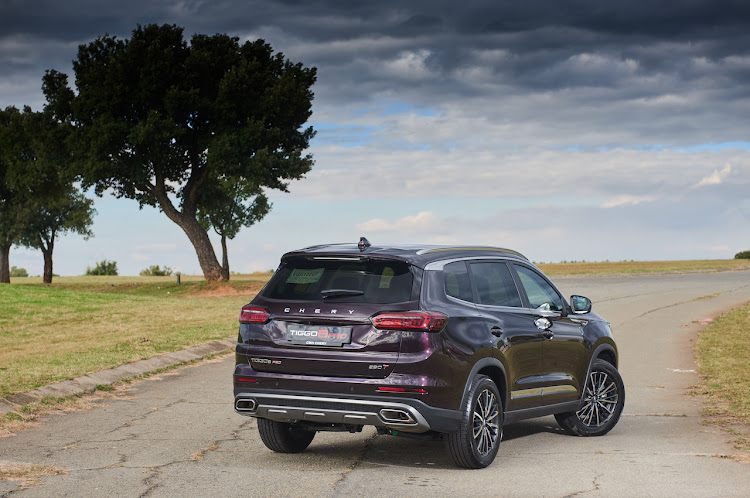 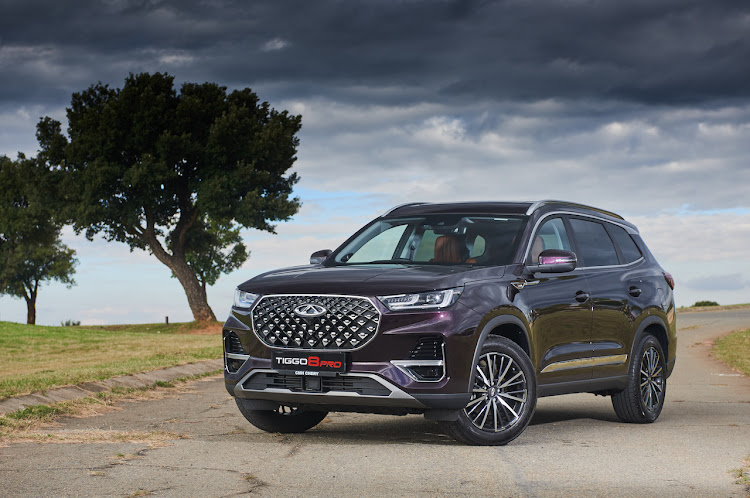 You could be forgiven for approaching the driver’s seat of the Chery Tiggo 8 Pro with bated breath; lest the outward style and refinement give way to limited substance under the skin.

Ride quality is fair, if slightly on the firm side, with a 235/55/18 wheel-and-tyre combination offering a substantial footprint. Driving the car over shoddy backwater road surfaces at launch early this year, my impressions were a little less favourable — but the highway-munching capabilities and town-cruising manners on this occasion seemed far more pleasant.

One area of criticism that remained, however, was the brake pedal feel, akin to stamping down on a piece of damp wood. Travel is short and all the anchor strength is located at the very bottom, making it tricky to modulate smoothly. This is something owners will grow accustomed to in time. Another quirk was the tunnel vision rear-view mirror, which is unlike any we have ever experienced in a modern automobile. It can cause a headache. Ground clearance is a reasonable 196mm.

The steering in the H6 is much lighter than in the Chery and the brake pedal feedback more progressive. It also rolls on 18-inch alloys, shod with rubber that boasted a larger sidewall profile (60mm); but narrower width (225mm). Its road manners are well resolved, but the Chery just seems to offer an extra layer of polish when it comes to the damping of imperfections and suppression of exterior noise. Best drive them back-to-back while shopping to gauge your own bum-in-seat impression. Ground clearance of the H6 is notably lower, at 170mm.

But the H6 punches back in the engine category, wielding a larger 2.0-displacement with an output of 150kW and 320Nm. It delivers its grunt in a more relaxed fashion, with power transmitted to all four wheels via a seven-speed, dual-clutch transmission, that operates in a quick-witted way.

The Chery also uses a seven-speed, dual-clutch transmission, but makes do with front-wheel drive. Like the unit in the H6, its four-cylinder engine is turbocharged, although the capacity is notably less, displacing 1.6 litres.

Its motor is good for 145kW and 290Nm, erring on the strained, coarse side when kick-down overtaking moves are required. Now consider the prospect of trying it with the other six seats in the house occupied. By the end of the test week, the H6 showed an average consumption of 9.5l/100km and the Tiggo 8 Pro displayed 10l/100km. 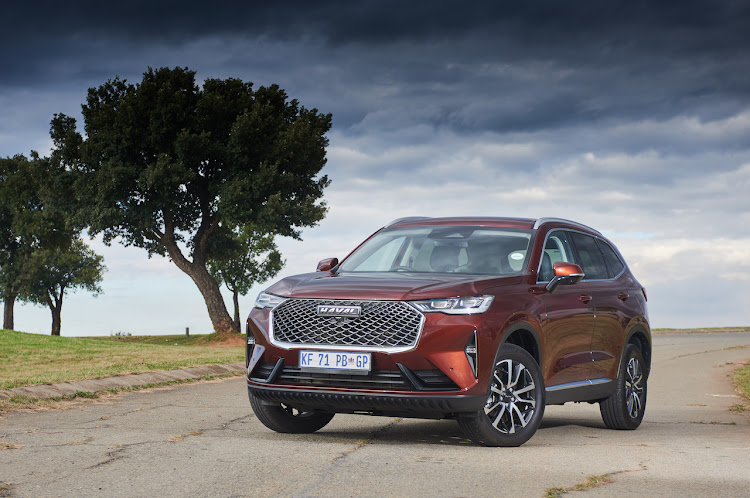 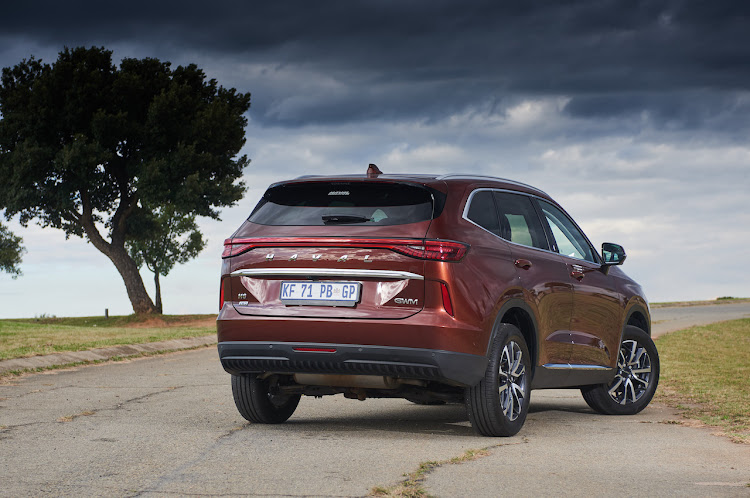 Holding the lock button down on the key fob of the Executive-grade Chery revealed a neat party trick: remote starting. It is one item in a veritable goody-bag of standard features; including a 360-degree camera, keyless-entry and start, adaptive cruise control, a panoramic sunroof, full-LED exterior lighting, dual-zone climate control (with an independent system for the third row), electrically-adjustable front seats, voice control, a top-notch Sony audio system and wireless charging.

The Super Luxury version of the H6 would be a closer match to the Tiggo 8 Pro Executive in terms of complete specification. Although the H6 Luxury, while one tier down on the hierarchy, is hardly lacking in amenities. It also has LED exterior lights, a 360-degree camera, electric seat adjustment (driver only), a panoramic sunroof and adaptive cruise control.

Aside from serving as positive examples of what the Chinese motor industry is capable of, these models are hugely competitive when viewed alongside segment rivals. Yes, they have their quirks. But so does everything else in the field.

The value aspect cannot be disputed. For prices equivalent to the entry- or middle-grade offerings from competitor stables, the Chinese alternatives offer specification levels of a high-end, premium product.

Take the Volkswagen Tiguan, for example, a category pioneer with a well-established reputation. It starts with a base price of R547,900 — and R671,700 for the seven-seater Allspace. Add options to the level of the standard equipment in one of our Chinese cars and those prices will inflate dramatically.

Judging by their sales volumes and sightings on the road, Haval appears to have earned market acceptance. Chery will need a bit more time to attain a similar level of equity, but it would be safe to say that with its current crop of products, the firm is headed in the right direction.

So, we can recommend both the Haval H6 and Chery Tiggo 8 Pro quite easily to anyone asking. But which would we declare the overall winner in this duel? That honour goes to the Chery — its standard seven seats, sumptuous cabin and cosseting feel helped it edge a little further. This was a close one.

The mere existence of these two contenders marks a triumph for the manufacturers concerned. Showing up is half the battle won, as the saying goes. It ...
Motoring
1 month ago

While Volkswagen was not the first manufacturer to use the GTI acronym, many will argue that it made the arrangement of letters famous.
Motoring
1 month ago