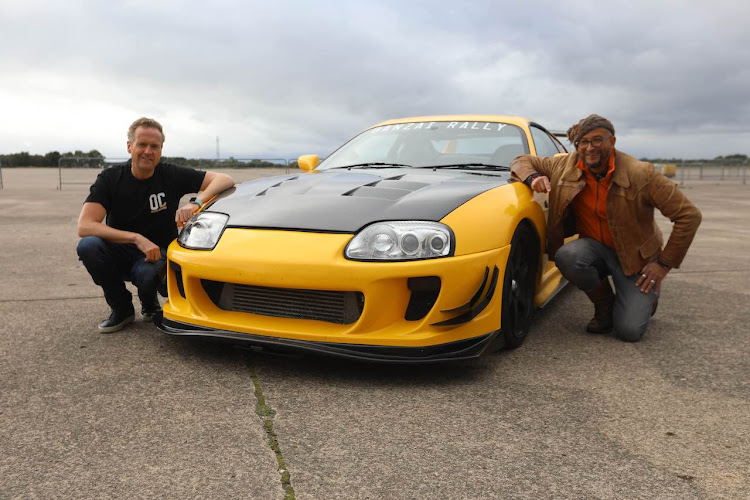 Car S.O.S returned to National Geographic (DStv 181) last week for its tenth season. The series features heart-warming real-life stories and incredible car makeovers. This season commemorates the show’s 100th restoration. We spoke to classic car restorer, mechanic and show presenter Fuzz Townshend, who has been on the show since it began.

How has car S.O.S evolved since its inception?

When Car S.O.S we started out, I think we were kind of winging it. The production company got in touch with me and I said yes. I used to be a technical editor for a magazine called Practical Classics, but I also started my own workshop, which was a foolish thing to do, but I did. So I thought when they asked me, I'm one of those people if somebody says, can you do this? Can this be done? I just say, yeah. And then work out how to do it. It was very tight deadlines and we were absolutely beating ourselves to bits in the beginning, but then gradually it became a process. Slowly but surely we were able to make it a more ordered process which made life easier for us. When I say easier, it's not an easy thing, because we're still talking some rusty old heaps. The process has become easier, but the thing that hasn't changed is that you can't predict everything.

There's an overwhelming amount of motoring content out there in 2022. How will car S.O.S be steered to stay fresh and relevant for another 10 seasons?

Well, that's pretty easy to answer actually, because Car S.O.S is not a programme about cars. It's a programme about people with cars in it. People and their stories never get boring. So as long as we are involved in getting people's dreams back on the road, then I don't think it can get so. And in the meantime, that'll be another 10 years’ worth of classic cars. So the cars of today that are just cars or old cars will become classic cars in their own right.

What were your highlights this season?

There was a Vauxhall Cavalier turbo 4x4 that we did, from the 1990s, not a car that I'm particularly fond of. I got to drive it and I could see what the enthusiasts were on about. This Vauxhall Cavalier turbo was done for a guy who'd had a terrible motorcycle accident, went under a truck and ended up as tetraplegic. He is unable to move anything below his jaw line. The only part of his body he can control is his lower jaw. Being able to get him back into his car so that he could enjoy taking part in car enthusiasm and go to shows was incredible. We managed to come up with a way to get him back into his car for the first time in 13 years so that he wasn't just a spectator any more, he could take part and could go out with his friends. The only thing was that he'd have to let his friends drive him. What I love about cars is they stretch back into the past. You can live in a different era just by sitting in a 1920s car!

Give us a hint about the electric car project you're planning.

I think there are a lot of people, a lot of classic car enthusiasts who think classic cars should be about, sort of, the internal combustion engine, the noise, the vibration and all of that kind of thing. But what I would suggest is that there are certain cases where a car wouldn't ordinarily or otherwise be restored. And if it gets restored as a result of that, that's one extra classic back on the road. And also add to that, some cars would be better with electric motors. Anything with a little single cylinder or maybe a two-cylinder engine that vibrates a lot. Put an electric motor in it and instead of having a washing machine on spin cycle with a brick in it, then you've got something smooth and attractive, like a small little bubble car. It’s a really stylish way of getting around cities.

The genre of sport-utility vehicles based on pick-up platforms is regarded by many South African families as the ideal motoring solution. Nameplates ...
Motoring
2 weeks ago

From bakkies and people-carriers to budget hatchbacks and SUVs here is a long list of some of SA's most popular vehicles and how much you'll spend ...
Motoring
2 weeks ago