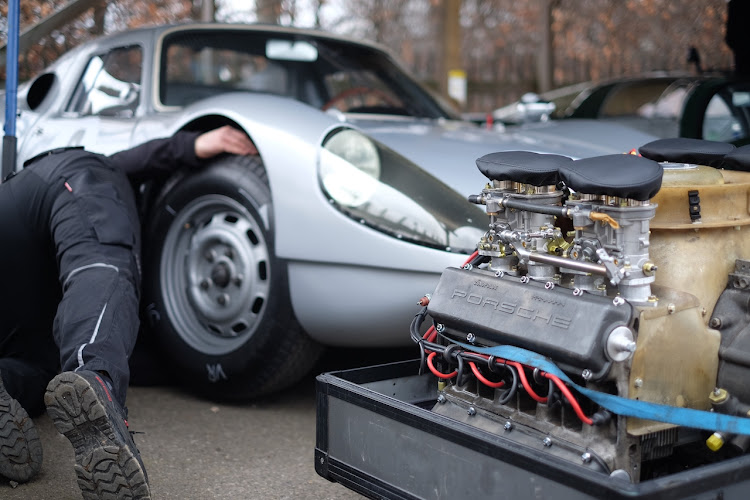 Motor vehicles have their own tricks, as we all know. They are apt to malfunction, misbehave and randomly fail, often with little or no warning.

The chances are that each of us will face such a situation sooner or later, and if it happens at an awkward time and place, as it usually does, a cool head and some basic common sense will help a great deal in coping with the crisis.

Here are some examples of unforeseen predicaments which call for clear thinking.

On a cold winter's morning you get in your car and turn the ignition key to the starting position, only to be greeted with a deathly silence. You are unaware of the silent expletive you utter as you try to start a second time, with the same result.

Fighting back a wave of panic, you take stock of the situation. The starting circuit consists of the battery, the switch inside the ignition switch or on the dashboard, a relay, a starter solenoid, the starter motor and connecting wires. If the vehicle behaved normally yesterday when you came home, and now it's dead, the starter battery is the most likely culprit.

Fortunately, the battery is also the easiest component to check. Switch the ignition on, turn on the ventilation blower and the rear window demister, then turn on the headlights on high beam. Watch what happens to the headlights. If the battery is weak but not yet lifeless, the lights may still come on momentarily, but they will rapidly fade to oblivion.

Batteries are known to expire overnight, from a variety of causes related to their internal construction and usage mode. Or maybe the previous afternoon a dome light, sidelight or trunk light was inadvertently left on, perhaps because a door wasn't closed properly.

If the headlights stay reasonably bright for a minute or so, the fault lies in one of the other components in the starter circuit. Tracing it may take longer and require the use of testing equipment, but at least you will have avoided buying an expensive starter battery unnecessarily.

You are driving along blissfully, when the engine cuts out without warning. Instinctively you put the gearbox in neutral to try to coast to a safe parking spot. Even as the wheels roll to a stop, you recall the way in which the engine cut out — abruptly, instantly (probably electrics, on a petrol engine) or preceded by misfiring or sputtering (probably fuel). At the same time, before switching the ignition off, you memorise which warning lights, if any, are glowing on the dash, or if any fault codes are displayed. Warning Iights and fault codes are often non-specific, but if you have studied the owner's manual (something I cannot recommend strongly enough), you may at least have an indication of where the problem is.

With this in mind, and before calling for assistance, I suggest you walk around the car, and also scrutinise the engine for anything that appears faulty. Is the engine unnaturally hot? Is the coolant level in the reservoir correct? Is there fuel in the tank? (Remember, gauges can malfunction!)

Bear in mind that fault codes are biased towards safety- and emissions-related faults, not mechanical failures. Something as simple as a fuel filler cap not fully tightened might set off a fault code and put the car in “limp home” mode, because, horror of horrors, fuel vapours might escape and endanger the health of a whole city, if not our entire planet!

You park your jalopy on a slight incline, put the manual gearbox in first gear, and rush off to be in time for your appointment. An hour later you return to find ole' faithful wrapped around a tree lower down in the street, or, if you are really unlucky, intimately embracing somebody's brand new Jaguar.

Belatedly you realise that the engine braking afforded by putting a stationary engine in gear will fade away as the compression in the cylinders bleeds off. The poor tree might forgive you, but I don't know about the Jag owner.

Even worse are the consequences if the gearbox was put in first gear and the car started rolling backwards. In that case the engine will be turning over in the “wrong” direction, the cambelt tensioner will be ineffectual, and the belt might jump a tooth, leading to a piston kissing a dawdling valve. On an old car, things are unlikely to come to this pass, but on a modern, hi-tech marvel the repair bill will rival the Jag owner's claim.

The moral of this story (based on a true event) is to keep your handbrake fully-functional, and to use it as a matter of routine whenever you park your car. I realise that to keep the handbrake barely functional, let alone fully functional, is a notable feat of mechanical tenacity on older cars. But the fact of the matter is that you are courting disaster by relying on engine braking alone when parking. Here a disciplined head is needed to prevent, rather than deal with, a crisis.

Anybody who has made a road trip during which it was necessary to venture off the N-routes will be aware of the appalling condition of secondary and ...
Motoring
2 months ago

CAR CLINIC | Behind the scenes at Ford’s Struandale engine plant

In 1964 Ford Motor Company of Southern Africa opened an engine plant, as opposed to an assembly plant, in Struandale, Gqeberha in the Eastern Cape.
Motoring
3 months ago

CAR CLINIC | Everything you need to know about drive belts

There are several problems with synthetic, rubber-like drive belts on an engine. The first is that, if left to their own devices, they will ...
Motoring
4 months ago