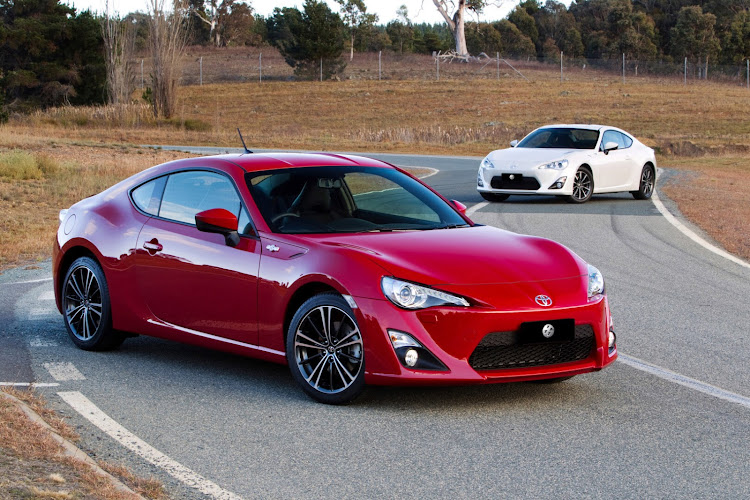 Toyota’s Gazoo Racing (GR) sub-brand is getting a whole lot of love for its recent efforts.

But let’s remember Toyota is no fledgling in the craft of performance cars. Throughout its history the manufacturer has had notable hits — from the stunning 2000 GT to the hallowed Supra moniker. The brand traces its lineage in this genre to the Sports 800 of 1962.

In 2012 it rekindled a presence in the light, rear-wheel drive coupé market with the 86, drawing on the spirit of the AE86 Corolla Levin and Sprinter Trueno models from the 1980s. 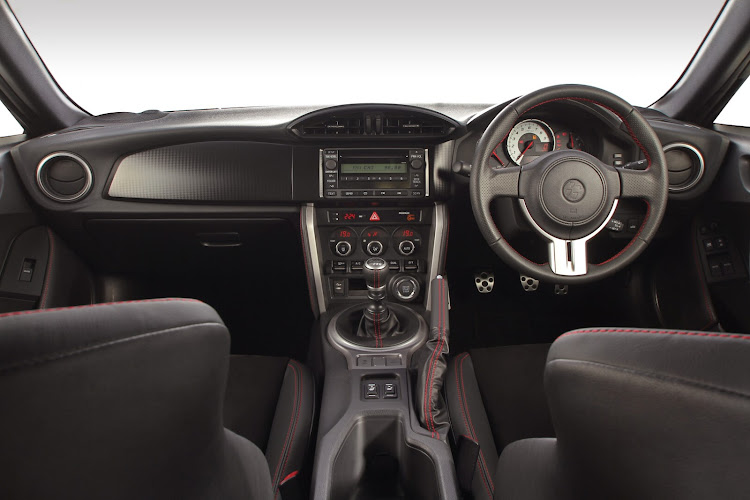 The 86 has a near perfect driving position.
Image: Supplied

Maximum fun at minimum cost was the mandate from the outset, with chief design engineer Tetsuya Tada remarking the 86 would be an antidote to “boring” modern sports cars. The team purposefully steered away from turbocharging, big tyres and four-wheel drive, seeking true driving purity.

Co-developed with Subaru, the 86 boasted an all-new platform, aerodynamic bodyshell, horizontally-opposed engine and rear-wheel drive, aided by a Torsen limited-slip differential. Ardent fans may or already know the number 86 tied with specifications, as according to the manufacturer, the exhaust opening measured 86mm and the boxer engine’s square bore and stroke setup of 86mm by 86mm was said to be the same as the Celica and MR2.

The 2.0-litre, four-cylinder, normally-aspirated engine produced 147kW and 205Nm, wearing the internal code of 4U-GSE It could be had with a six-speed manual or automatic. Tipping the scales at 1,239kg and with a 53:47 weight distribution, the 86 promised relatively sprightly performance, but more crucially, agile handling.

By now most of the heavy-hitters in motoring have made grand declarations about their future electric plans. Product portfolios without so much as an ...
Motoring
2 weeks ago

In May 2013 Subaru launched the BRZ on our shores, with a substantially greater price tag than the 86 High. It cost R389,900 and the manufacturer attempted to justify the increase by punting the enhanced specification of their car. It boasted a throatier exhaust, rear spoiler and a touchscreen infotainment system, as well as a full maintenance plan (five-year/105,000km) versus the four-year/60,000km service plan of the Toyota.

But the BRZ was brought over in limited quantities before being deleted from Subaru’s local line-up entirely. Its pricing was highly ambitious, considering the 86 could be had for much less. 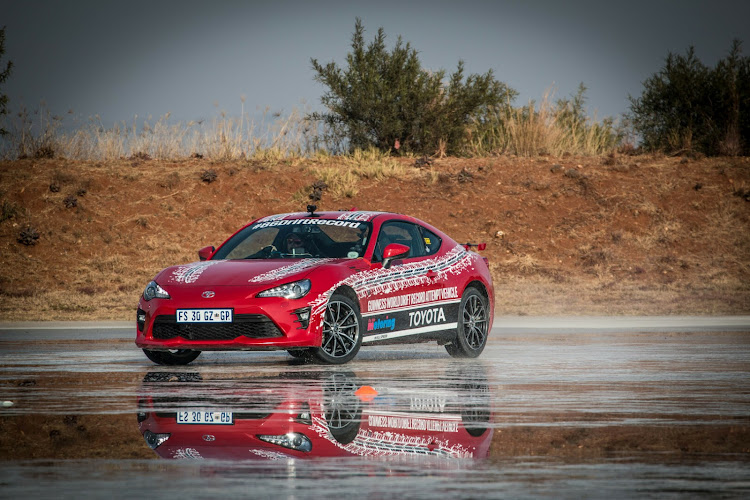 Former motoring journalist Jesse Adams set a world record for the longest continuous drift in an 86. He managed to go sideways for 168km, over 5 hours and 46 minutes, in a marathon at Gerotek test facility in Tshwane.
Image: Supplied

How it was received

Everyone loves a good sports car, and critics welcomed the arrival of the model, at odds with Toyota’s reputation for sensible but staid commuter cars.

The vehicle’s nimble handling was a point of praise, with steering described as quick and a terrier-like ability to scamper. Reports noted the chassis as balanced, while seasoned hands found inducing controllable sideways action was very much within the realm of possibility.

In fact, former motoring journalist Jesse Adams set a world record for the longest continuous drift in an 86. He managed to go sideways for 168km, over 5 hours and 46 minutes, in a marathon at Gerotek test facility in Tshwane.

Its boxer engine acoustics were also relished by testers, as was the character of the six-speed manual transmission. There were reservations, however, about the motor’s performance at power-sapping higher altitudes. Indeed, the 86 was no hero in traffic light dices — outgunned by boosted B-segment hot hatchbacks. But the Toyota offered a layer of engagement, simplicity and thrill factor that those front-wheel drive counterparts could not emulate. And that is what captured the affections of enthusiasts. 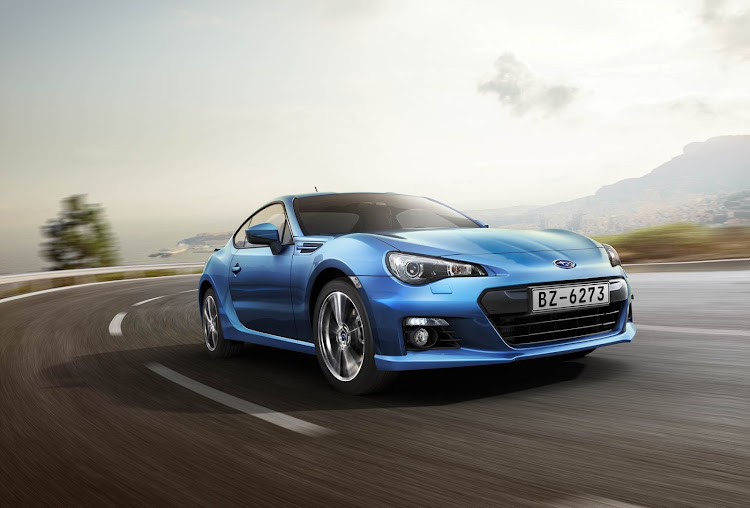 Undoubtedly, Toyota had considered the tuning fraternity in development of the 86. Its core ingredients offered the ideal canvas for many a customising aficionado. If the fairly modest power output had become a sore point, local operation RGM Motorsport offered supercharging packages for the model.

A Vortech blower took figures to 220kW and 315Nm. The package, which included an intercooler and Techniflow exhaust system, cost R85,000 when it was released in 2013, carrying a six-month/20,000km warranty on components. In a September 2018 release the company had said more than 50 customers opted for the package. 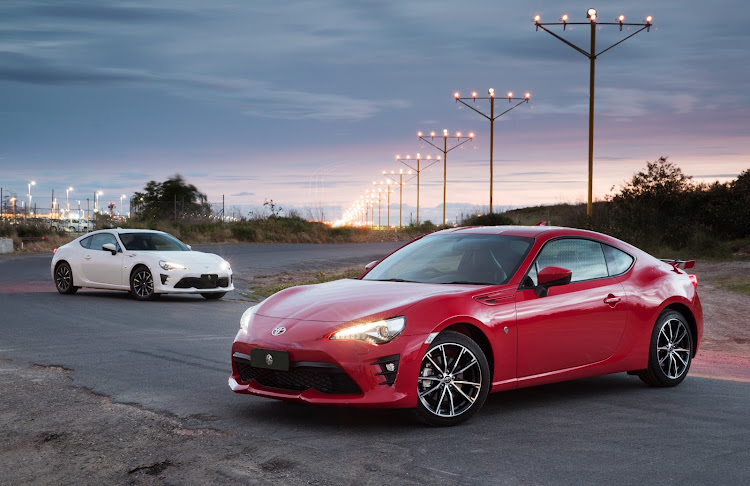 For 2014 Toyota rolled out suspension tweaks, with revised mounts, as well as lower-friction oil, oil seals and guide bushings, with retuned shock absorbers.

Just 86 units of a Limited Edition version were brought into the country, offered in Pearl White or 86 Red. But the upgrades were purely aesthetic, sporting front and side skirts, a massive rear wing and Limited Edition badges. The interior gained red accents on the steering wheel, gear lever, hand brake and door panels, with black-on-red Alcantara-leather seats. By this point, prices ranged between R329,700 for the Standard and R376,100 for the Limited Edition.

In April 2017 more significant changes were made. The face of the 86 was restyled, with new LED headlamps, a lower set nose and revised bumper, updated 17-inch alloys and redesigned rear light clusters. The suspension was further adjusted, a new Track driving mode was added, while measures were taken to improve rigidity, such as the fitment of thicker chassis cross-members, plus additional weld points. Inside, it featured a smaller diameter steering wheel, a new 4.2-inch driver information display and enhanced materials. Pricing had risen to R449,600 (Standard) to R519,400 (High automatic).

In August 2018 the model received yet another refresh. This time, the Standard model was axed. There was one, fully-loaded specification priced at R575,700. It was also renamed: now the GT86, on par with its counterparts in overseas markets. The 2018 GT86 packed Brembo brakes, Sachs dampers and a dazzling Bright Blue colour option. 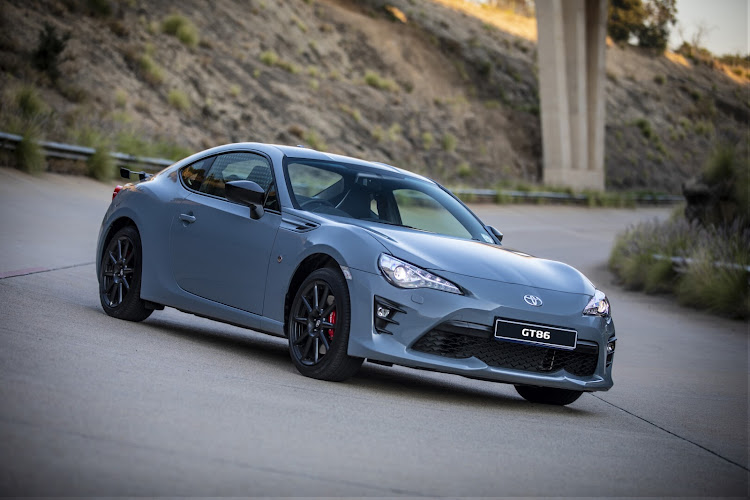 In 2018, the 86 gained Brembo brakes and Sachs dampers.
Image: Supplied

Seen on the classifieds

On the extreme end, there was a 2012 High listed for R899,900 – modified with a wide-body kit, racing wing, carbon fibre roof, lightweight wheels, a nitrous system and a 2-JZ motor.

Trade and retail values were provided courtesy of TransUnion. 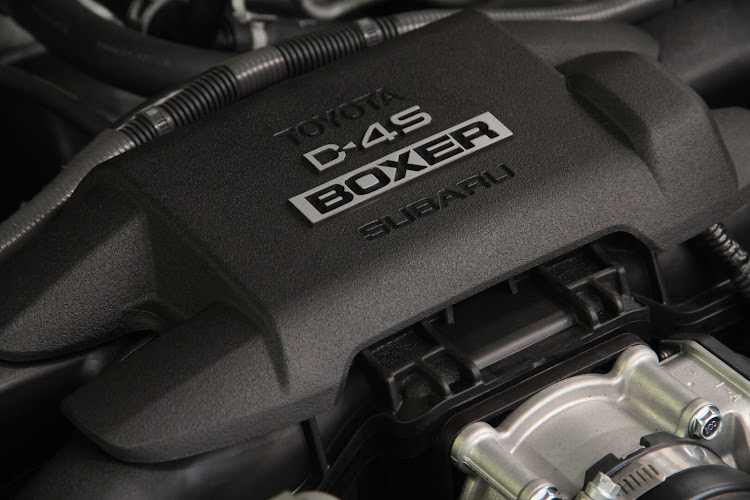 What to look out for

We reached out to Scooby Worx, a Johannesburg-based, RMI-approved Subaru specialist, with experience in maintaining and tuning the Toyota 86 and Subaru BRZ. For inquiries or a free inspection call them on 011-979-4422.

The workshop provided these notes:

While Volkswagen was not the first manufacturer to use the GTI acronym, many will argue that it made the arrangement of letters famous.
Motoring
2 months ago

You’re probably not going to see a Toyota Cressida among the displays at a swanky concourse d’elegance event any time soon. Unless, of course, the ...
Motoring
3 months ago

Every model lineage has its game-changer. The iteration that heralded a new direction for the breed. For the Mercedes-Benz A-Class, that step came in ...
Motoring
4 months ago