Rimac Nevera takes to the streets as world's quickest car

After 18 prototypes and 45 crash tests, the Croation electric hypercar is finally ready for owners 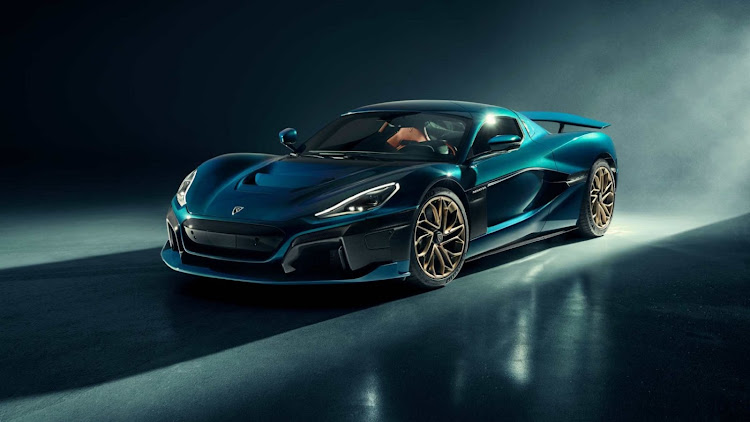 The electric Nevera accelerates from 0-100km/h in about two seconds.
Image: Supplied

After five years of development and testing, 18 prototypes and 45 crash tests, the first full production version of the Rimac Nevera has rolled off the assembly line.

With only 150 being produced at about €2m (R34m) each, hand-building of the Croatian electric hypercar will continue at the factory near Zagreb.

Finished in a striking pearlescent shade of Callisto Green, with Painted Graphite Vertex wheels and Sand Alcantara interior, this first car was showcased at last month’s Goodwood Festival of Speed in a series of full throttle sideways runs up the famous Hillclimb. Known as car “#000” and finished with a numbered plaque, it will remain in the possession of Bugatti Rimac as a demonstrator and marketing car.

The vehicles will soon be delivered worldwide through Rimac Automobili’s global network of 25 dealers in the US, Europe, Middle East and Asia.

The Nevera was developed from scratch, with most key systems developed and made in-house by Rimac. To achieve the extremely high-performance targets the team has set for it, all major components had to be custom developed. An entirely new-generation battery system, inverter, gearbox, motor, control systems, infotainment and many more were developed specifically for the Nevera.

Rimac Automobili was founded in 2009 by Mate Rimac at the age of 21. Its short but rich history has seen it become a pioneer in electrification and it also produces drivetrains and battery systems for companies including Porsche, Hyundai, Aston Martin and Koenigsegg.

In November it merged with Bugatti Automobiles to create a new supercar company called Bugatti Rimac, with Porsche holding a 45% stake.

Rimac Group has raised another €500m to help it build future Porsches, Bugattis, and Koenigseggs.
Motoring
2 months ago

If there's one thing electric cars are really good at that's accelerating neck-snappingly fast in a straight line. Especially those in the breed's ...
Motoring
1 year ago

With the debate raging about R22m, we reflect on cars that cost more than the proposed SA flag
Motoring
2 months ago