CAR CLINIC | Why future-forward car technologies are not infallible 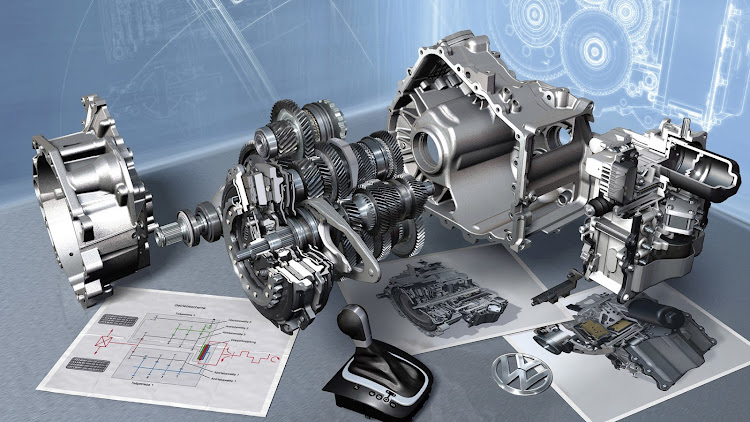 Complicated dual-clutch transmissions such as Volkswagen's DSG gearbox can be troublesome.
Image: Supplied

Advances in automotive engineering are usually announced with fanfare when they appear on the scene, but they often turn out to have unforeseen consequences. Let us look at some milestones over the past 50 years.

Hydraulic valve lifters are an ingenious design pioneered and perfected by General Motors in its halcyon days. It is an extremely reliable concept which swept away the drudgery of regularly “setting the tappets". By the 1980s hydraulic cam followers were well-nigh universal on new engine designs. This feature has had very few drawbacks, except for a slight cost penalty and the imperative for clean oil at all times. Latterly the cost factor has led to a return to solid cam followers on some entry-level cars, a misguided decision I'm afraid.

Integrated electronic engine management inveigled its way into automotive engineering by the early 1990s. Sensors and computers replaced the cables, levers, rods, shafts and adjustment screws which generations of mechanics had learned to understand. As a prerequisite for several subsequent advances, like fuel injection and ABS brakes, electronic management was a necessary first step, but it certainly entailed some regrettable consequences. Fault-tracing became much more difficult, often requiring expensive equipment and considerable experience. Repairs became the exception. (After all, before you can repair something, you must understand how it works.) Instead, complete units were simply replaced, often on the basis of unconfirmed suspicion. Thus the thin end of the wedge of alienation between car owners and their machines was created. It spelled the end of the era of the bond between a motor car and its owner, where the latter understood the workings of the former.

Fuel injection, under the control of an integrated control module was the first fruit of the electronic era. It was undoubtedly a huge advance, as anybody who has battled with a carburettor's quirks can attest. Besides all other benefits, the difference between starting a carb-fed engine and a fuel-injected engine on a cold winter's morning is so vast that not even the staunchest traditionalist will mourn the passing of the carburettor. But again, a carburettor could be “tuned” with jets and air corrections, vaguely understood by the average high school science pupil, whereas the control module, centred around the engine computer, is a mysterious jumble of printed circuit boards and unidentifiable components encased in a sealed box. It works when it works, and when it packs up you have no clue whatsoever.

ABS brakes (originally from the German Antiblockiersystem) is a valuable safeguard in cases of emergency braking on skid-prone surfaces. It relies on rotational speed sensors at the wheels, which communicate with a drivetrain control module. But there are thousands of older cars without ABS on our roads. A high percentage of them will go through life without ever causing an accident by locking up their brakes in a panic stop. It only requires a simple strategy: Drive within the limitations of your car. Avoid the need for panic stops from high speed. The downside of ABS, besides the extra cost, and complications with flushing brake fluid, is the exaggerated sense of security provided by this “miracle” of technology.

The automatic transmission is a wonderful aid for handicapped drivers, drivers habitually entangled in congested traffic, and people who couldn't be bothered to master the clutch regime on a manual transmission. Manufacturers capitalised on this invention by introducing a plethora of “semi-automatic” transmissions under different trade names – manumatic, DSG, clutchless, paddle-shift, CVT – offering the best of both worlds. The reality is that they were, initially anyway, poorly tested, unreliable and critically dependent on exorbitantly expensive special lubricants.

Turbocharging has been touted as the marvel to end all marvels. It offers something for nothing. Except that, as any sane person will know, it doesn't work like that. Stress levels in a turbocharged engine are higher, fuel economy is higher if you indulge in enthusiastic driving (why have a turbo if you don't use it?) and the longevity of the turbocharger itself is questionable.

Variable valve timing is a brilliant idea which works superbly well, until it starts to malfunction. Then the added complications result in a jump in the level of skill and experience (and in workshop time) required to effect repairs on the valvetrain.

Gasoline direct injection seemed to offer the answer to several engineering prayers. The vision of lower fuel consumption and less emissions brought stars to the eyes of engine designers. Until it transpired that inlet valves which are no longer cleansed by the fuel spray from port injection will attract a build-up of hardened carbon deposits which will play mischief with engine breathing. The question that begs to be answered is: Don't manufacturers test their engines for extended periods of simulated daily use before putting them in production?

The unintended consequences of flaunted engineering advances often affect the used car buyer more than the first owner, who would have the backup of a warranty and service plan. For the SA motor industry, the question remains: When are we going to see the car for SA conditions – modern but straightforward, rugged and durable, devoid of frills and gadgets, above all, affordable?

For any new car owner, the first real failures, not just niggling imperfections but genuine failures of his pride and joy, are always the most ...
Motoring
2 months ago

Motor vehicles have their own tricks, as we all know. They are apt to malfunction, misbehave and randomly fail, often with little or no prior warning.
Motoring
3 months ago

Anybody who has made a road trip during which it was necessary to venture off the N-routes will be aware of the appalling condition of secondary and ...
Motoring
3 months ago