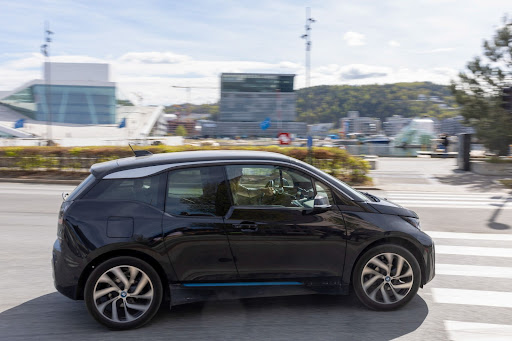 In Norway, battery-electric vehicles like this BMW i3 now drive more miles annually on average than cars running purely on petrol or diesel.
Image: Bloomberg

While fuel prices have come down from their highs earlier this summer, drivers are still feeling plenty of pain at the pump. Unless, of course, you’re an electric vehicle owner, and thus feeling very smug while gliding past fuelling stations to charge at home.

Using an EV more in times of high fuel prices is to be expected, but one of the open questions in the industry has been whether EV drivers will consistently cover more kilometres on average than petrol or diesel car owners.

In many countries it’s difficult to get a clear read, mostly because EVs are still a very small share of the total number of cars on the road. But to get a hint of where things may head, we can turn to Norway. The latest data released from the nation’s statistical agency shows battery-electric vehicles now drive more miles annually on average than cars running purely on petrol or diesel. Average distance travelled by the latter two car segments has fallen steadily the last 15 years.

This is remarkable. It highlights the growing capability of the latest EV models, and also has implications for what happens to oil demand from road transport. The amount of oil displaced by EVs depends on how fast we switch over the number of kilometres travelled to electric, not the number of cars.

To understand this better, consider a two-car family, where one of the vehicles is electric and the other is internal combustion. EVs have much lower operating costs, so the family will likely start to shift more miles to the EV once they get comfortable with the vehicle. The commute to work, for example, involves a highly predictable route and often accounts for the largest share of driving a person does. So while the family still has an internal combustion car and uses it for occasional longer trips, the electric share of total kilometres travelled by the household rises faster than one might expect, especially if one was only considering the number of cars.

This effect shouldn’t be surprising; people like to use more of things that are cheaper. But it wasn’t always received wisdom in the market.

A few years ago, some oil energy outlooks assumed not only that EV adoption would be muted, but that each EV would on average travel less than a comparable internal combustion vehicle. This now looks like a very shaky assumption. Not only will higher ranges make people use their EVs more, but even lower-range EVs can soak up some of the kilometres used for commuting along predictable routes.

A few other things stand out in the data. One is that you can actually see the point when the Tesla Model S, the first real long-range EV, hits the market. Average distance travelled per EV jumped sharply in 2013 and 2014 — right after the Model S launched — then climbed several more years and is now at an all-time high.

This again points to the improved capability of EVs, and also potentially the effect of them moving beyond being an urban phenomenon and spreading out more broadly across the country. With more long-range EVs hitting the market, it seems reasonable to expect 2022 data will show a continuation of the trend.

Another interesting point is that hybrid vehicles also put up relatively high numbers. Data for hybrids is only available from 2016 onwards, but they’re currently neck-and-neck with pure EVs and diesel vehicles, and it will be interesting to see how this plays out in the next few years.

Fully making the changeover to electric mobility will take time. Electric vehicles still accounted for just 17% of all kilometres travelled by the passenger car fleet in Norway last year, and only about 1.5% of all kilometres travelled by the global passenger vehicle fleet. Until more of the fleet is fully electric, total distance covered by EVs will still have some catching up to do.

Still, at BNEF, we’re expecting this same effect to start showing up in the data of more countries in the years ahead. Annual average EV mileage in China, for example, rose quickly from 2017 to 2020 before slowing slightly due to the pandemic, when ride-hailing usage plunged.

Counting car sales and fleet sizes is still important, but for energy market impact, it’s best to keep an eye on distances travelled, too.

The share of battery-electric cars among new registrations in Europe grew to 9.9% in April to June from 7.5% a year before, new data showed on ...
Motoring
4 weeks ago

The golden era of brisk growth and abundant profits for international companies and their local joint venture partners is over.
Motoring
4 weeks ago

Tesla Inc was hit by a lawsuit in Germany over potential privacy concerns linked to its car surveillance cameras and claims that buying its vehicles ...
Motoring
4 weeks ago