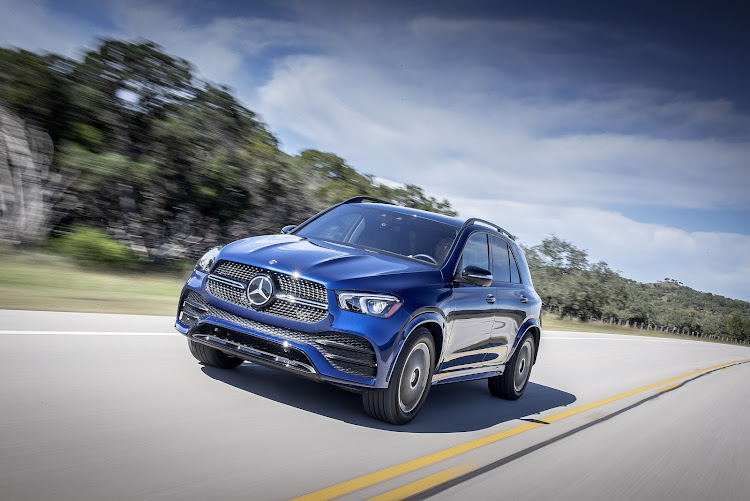 While the rewards are great, pioneering a new genre is fraught with risk. One could get philosophical about the trials and triumphs associated with being the first to explore unchartered terrain.

Mercedes-Benz, credited as the inventor of the automobile as we know it, knows a thing or two about scooping its rivals. And the company has benefited from foresight in exploiting market segments before they burgeon.

Case in point? The realm of the upper-medium sport-utility vehicle. Allow us to frame and place that niche before reporting on the latest GLE-Class (W167),  launched  globally  in San Antonio, Texas, US, last week.

The GLA-Class could be described as compact. The GLC-Class is decidedly medium sized. And the GLS-Class sits at the top of the hierarchy as the largest sport-utility vehicle to wear the three-pointed star. 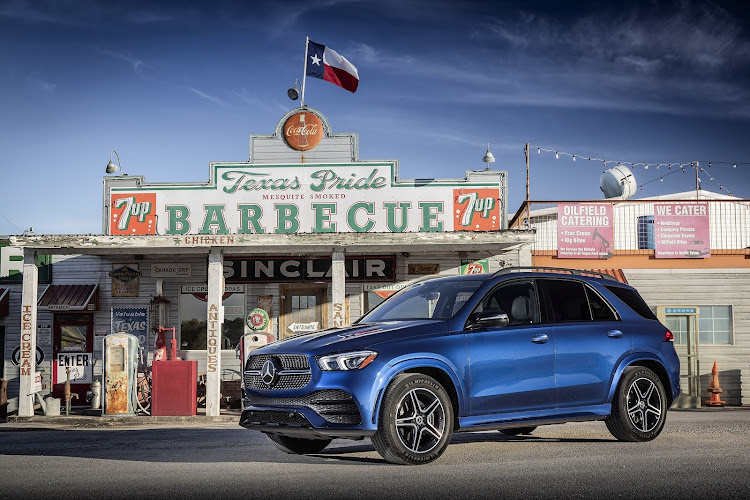 The new GLE had its world unveiling in Texas.

Ignore the anomalous Geländewagen for a second — that capable and covetable box-on-wheels occupies a special albeit vaguely defined spot in the brand organogram. Although, if you want to get technical, you could assert that it was the first sport-utility vehicle from Mercedes-Benz. The off-roader appeared in 1979.

But it was the M-Class of 1997 that truly popularised the category. It was redubbed GLE-Class in 2016 as part of a revised naming convention across the Mercedes-Benz line-up. The landscape was much simpler 21 years ago when the genesis to the GLE-Class saw daylight.

Chief rivals, Audi and BMW had yet to make their contributions. The Q7 would only arrive a decade later, while the X5 sauntered into proceedings a year before the new millennium ticked over.

The fourth-generation Benz SUV hopes to reassert its status as the instigator of a segment that is now de rigueur in the premium sphere. 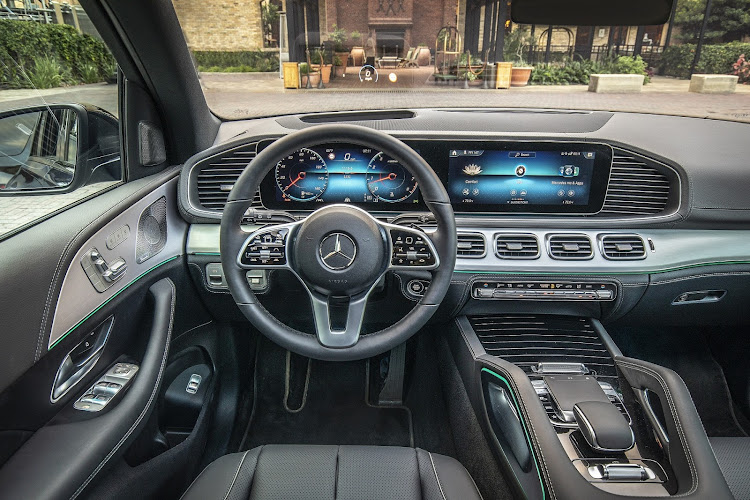 Regarding aesthetic qualities, as a sales mainstay of Merc’s SUV range, there was little doubt that the evolution from previous to current would be a conservative one. Save for the rear, which seems to mimic elements from certain eastern brands, the latest GLE-Class offers strong nods to the cues of its forebears. Mercedes-Benz appears to be struggling lately with peculiar, derivative rears.

Inside is where the starkest revelations between old and new are seen. The bulky and button-intensive fascia of the W166 was beginning to look its age compared with the cleaner, digital-focused setups of some alternatives.

In the new W167, bountiful technology and ease of use converge to a point where consumers a tad less inclined to future-forward innovations may feel at home. Following the A-Class, this is the second offering to use the Mercedes-Benz user experienceMBUX interface. Most notable is its comprising of an artificially intelligent on-board character à la Siri or Alexa. Among the arsenal of talents is a catalogue of scathing ripostes. Like when we asked her what she thought of the rival products. “The same thing as you, otherwise you would not be sitting here,” she said almost curtly. An interior assistant function enables driver and passenger to control certain features with the motion of a hand. This is nothing new, although the dexterity of its responses is proof of impressive progress.

One can programme selected commands. Point your hands at the screen in a manner not unlike the Vulcan salute and it will call up the navigation screen with your home destination already set. If the passenger tries the same, the in-seat massage facility does its thing.

How the concept of luxury has changed. The first-generation W163 unit from 1998, available for our inspection, made for an amusing contrast with its cassette player and faux wooden inlays.  When the GLE-Class is introduced to the South African market in the first quarter of 2019, two derivatives will be available initially. A nine-speed automatic will be used across the range.

First up is the 300d 4Matic with its 1,950cc, four-cylinder, turbocharged-diesel, which is good for 180kW and 500Nm. The manufacturer claims a sprint time of 7.2sec for this entry point in the line-up.

Next up is the 450 4Matic. The 2,999cc, six-cylinder, turbocharged-petrol unit proffered its momentum in a manner far silkier than its smaller counterpart. With an output of 270kW and 500Nm, it will dispatch the 0-100km/h dash in an expedient 5.7sec, according to Mercedes-Benz. Its might is further complemented courtesy of a 48-volt battery that can offer short boosts of up to 16kW and 250Nm. This is in addition to the standard 12-volt system that powers the displays, windows and other ancillaries.

This 48-volt system is also partly responsible for the wizardry of the optional e-active body control. In a nutshell, it enables the independent regulation of the suspension at each wheel. So, it will compensate at the necessary corner to keep things level under hard acceleration, braking and over less-than-ideal surfaces.

But the system also aims to offset body roll by leaning into a curve, as one would atop a motorcycle. Try and get your head around that one for a second. For the driver, the effects are quite novel, feeling the car tip its nose either left or right in a rather pronounced fashion. My driving partner found the sensation less thrilling, begging me to switch out of the special curve setting and back into comfort, with its predictable handling characteristics. 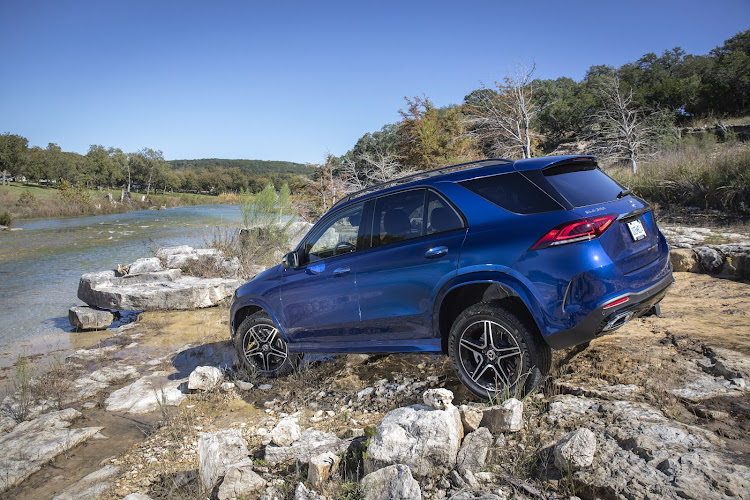 E-Active Body Control ‘bounces’ the vehicle up and out of the mire if you find yourself stuck. Picture: SUPPLIED

E-active body control will also assist should you find yourself stuck in the sand or mud. The idea is that it uses its own effort to bounce up and out of the mire.

Later in 2019, the 400d 4MATIC will join the line-up, wielding a 2,925cc, turbocharged diesel unit. With its sextet of cylinders, the derivative serves 243kW and 700Nm of torque, giving it a claimed sprint time just 0.1sec slower than its equivalent petrol sibling.

The Mercedes-AMG sub-brand will later breathe its magic on the GLE-Class, with the 53 and 63 monikers pandering to customers with performance motoring appetites.

Mercedes-Benz Cars South Africa was unable to provide indicative pricing for the imminent newcomer. You can make an educated guess, since the outgoing vehicle remains listed on the website of the company, demanding a basic outlay of R1,012,303.