Jaguar’s I-Pace electric SUV has enough range to be your daily car, and it’s a thoroughly addictive drive. 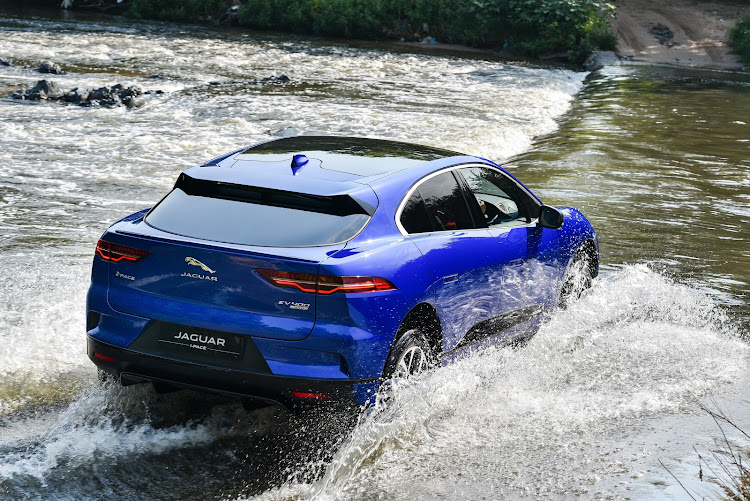 Jaguar’s driving route at the media launch set out to prove that electricity and water can safely mix. Picture: SUPPLIED

What is the compelling reason to buy the new electrically powered Jaguar I-Pace?

The saving on running costs? Charging it with electricity will cost about a third of the price of running a petrol or diesel SUV, but this isn’t necessarily a big priority for someone who can afford to spend R1.7m-R1.9m on an I-Pace.

The 4.8 seconds it takes to whoosh from 0-100km/h? That’s fast, no arguments, but there are other sporty SUVs that are just as quick, for instance the petrol-powered BMW X4 M40i, which claims a similar 0-100 time but sells for a more palatable R1.1m.

The almost completely silent running, then? Perhaps, although humans do tend to enjoy a good engine sound. The prospect of no six-cylinder symphony or V8 war cry cuts out a key emotional sense that some drivers might not be willing to give up. They may see it like being in the front row a rock concert with the sound turned off.

So is there a compelling selling point to Jaguar’s luxury electric SUV? Yes, it’s the instant acceleration any time you jab the throttle; the almost telepathically quick reaction time twixt pedal press and being thrust back into your plush leather seat as 696Nm and 294kW burst forth like a panicked racehorse. 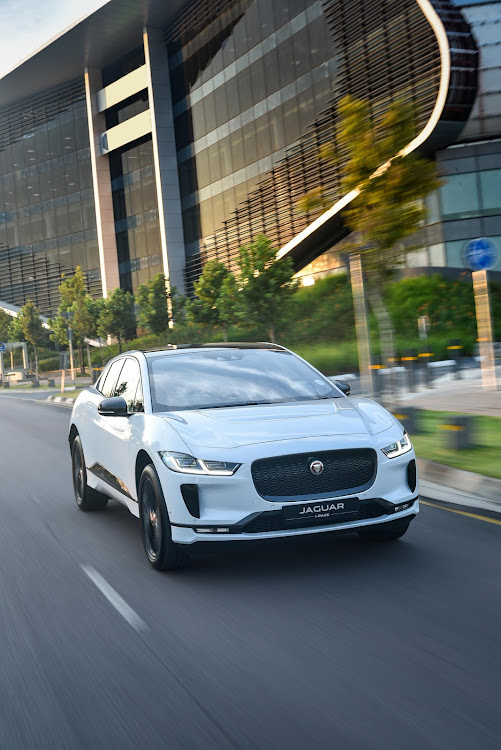 Silent but violent. The accelerative excitement is out of sync with the lack of noise. Picture: SUPPLIED

No internal-combustion engine (ICE) car has yet been able to achieve such hesitation-free performance. It’s an addictive type of instant gratification that almost … almost … makes it okay that this car ain’t got no vocal soul.

This utter absence of lag is because electric motors churn out their maximum torque instantly instead of having to build up revs like a petrol or diesel engine.

There’s also no separate transmission in an electric car and thus no gearchanges, with all their lurches and pauses. The all-wheel drive I-Pace’s two electric motors directly feed the front and rear axles, and it has a single gear but with none of the elastic band effect of a CVT.

Apart from the silence being out of sync with the accelerative thrust, the other factor to get used to in driving an EV is its regenerative braking, which feeds power back into the batteries to extend driving range.

It decelerates the vehicle as you come off the throttle, much as if you’d applied medium pressure on the brakes, and it takes some getting used to. The effect is so strong that it’s possible to drive the I-Pace mostly just by pressing and releasing the throttle, even in busy traffic, using the brake pedal only to bring the car to a complete halt. This can be switched to a mode with a reduced regenerative-braking effect, making it easier to creep through parking lots for instance, but reducing the driving range.

Ah yes, the range. It is quoted at a maximum 470km for the I-Pace, more than double that of the BMW i3 and Nissan Leaf, the only other EVs available in SA.

Jaguar’s figure presumes mostly town driving, which involves a lot of brake regeneration. The 160km I drove at the media launch in Gauteng included plenty of open roads that drained the power much quicker (and I didn’t spare the horses), but the I-Pace’s computer showed 47% of remaining battery at the finish.

With the range of about 300km I was getting, the Jag would need recharging once a week if used on a 60km daily commute and twice a week with a longer weekend excursion thrown in.

Realistically, range anxiety is a non-issue and the lucky few who can afford an I-Pace will be able to make it their everyday car.

Jaguar expects most charging to take place at home, at an electricity price of about R40 per 100km. The 90kWh lithium-ion battery takes about 12 hours to charge from zero to full using an optional wallbox that costs about R25,000 extra (or 24 hours on a regular household socket). 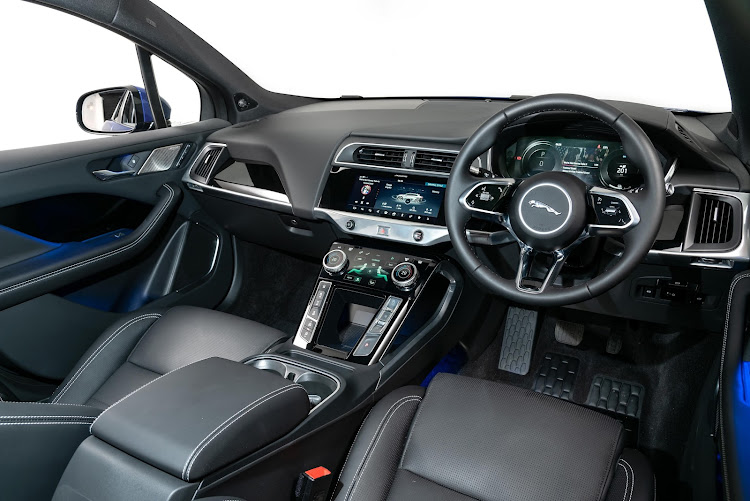 The lap of luxury, with smart digital interfaces. The I-Pace introduces the Touch Pro Duo infotainment system with a combination of touchscreens, capacitive sensors and tactile physical controls. Picture: SUPPLIED

Public charging stations are installed at Jaguar Land Rover dealers and at shopping centres in the country’s major hubs.

For holiday trips, Jaguar has partnered with Grid Cars to set up the Powerway, a series of charging stations along the N3 between Gauteng and Durban and the N1 between Gauteng and Cape Town. The majority are 60kWh fast chargers, meaning 100km of range will take about 20 minutes. A charge from 0 to 80% takes about 72 minutes while you sit down for a burger at the Harrismith Wimpy.

Jaguar Land Rover owners will use an RFID card to activate the charging station and manage electricity billing to the card. Cards can be credited with EFT payments, much like cellphone airtime top-ups

My three-hour launch drive included some twisty tar and gravel roads, where Jaguar’s battery-powered SUV revealed its other talents. For a heavy, 2.2 ton SUV it sliced through curves very competently, making hurried direction changes without a soggy or top-heavy feel. This is partly thanks to a battery placed low down between the two axles to ensure 50:50 weight distribution and a low centre of gravity.

On rough gravel the electric Jag delivered an impressively cushy ride on its steel springs, while adaptive air suspension is also offered as an option.

I took the I-Pace through the off-road course at Jaguar Land Rover’s newly revamped Experience centre in Sandton, where it handled rocky turf without scraping its undersides, and more importantly waded through a 400mm water trough without electrocuting its driver.

The cabin is a class act with plush leather-lined surfaces and smart digital touchscreens straight out of Star Trek. As there’s no big engine to accommodate, the midsize SUV has the cabin room of a larger vehicle and a sizeable 656l boot.

I went to the I-Pace’s media launch last week thinking about recharging times and driving range, and how it would stack up as an electric vehicle. I came away thinking about what a great vehicle it is, period. There are still compelling reasons not to be an EV adopter including the high entry price and the lack of a stirring sound, but I didn’t expect to enjoy the drive so much.

The electric future looms large. The I-Pace is a game changer, but it will soon face stiff competition from other EVs to be launched here in the next months, including the Porsche Taycan, Audi E-Tron, Mercedes-Benz EQC, and possibly Tesla too.

FIRST DRIVE | Mercedes EQC has Jaguar I-Pace in its sights

300kW electric car to arrive here in the fourth quarter of 2019.
Motoring
2 years ago

Fiat on Tuesday unveiled a new concept to celebrate its 120th anniversary: the Concept Centoventi, a model that's "affordable but cool".
Motoring
2 years ago
Subscribe to BusinessLIVE and get a year’s free access to the Wine...